Did William and Harry Walk Apart at Philip’s Funeral Due To Tensions?

The brothers walked on either side of their cousin, Peter Phillips. 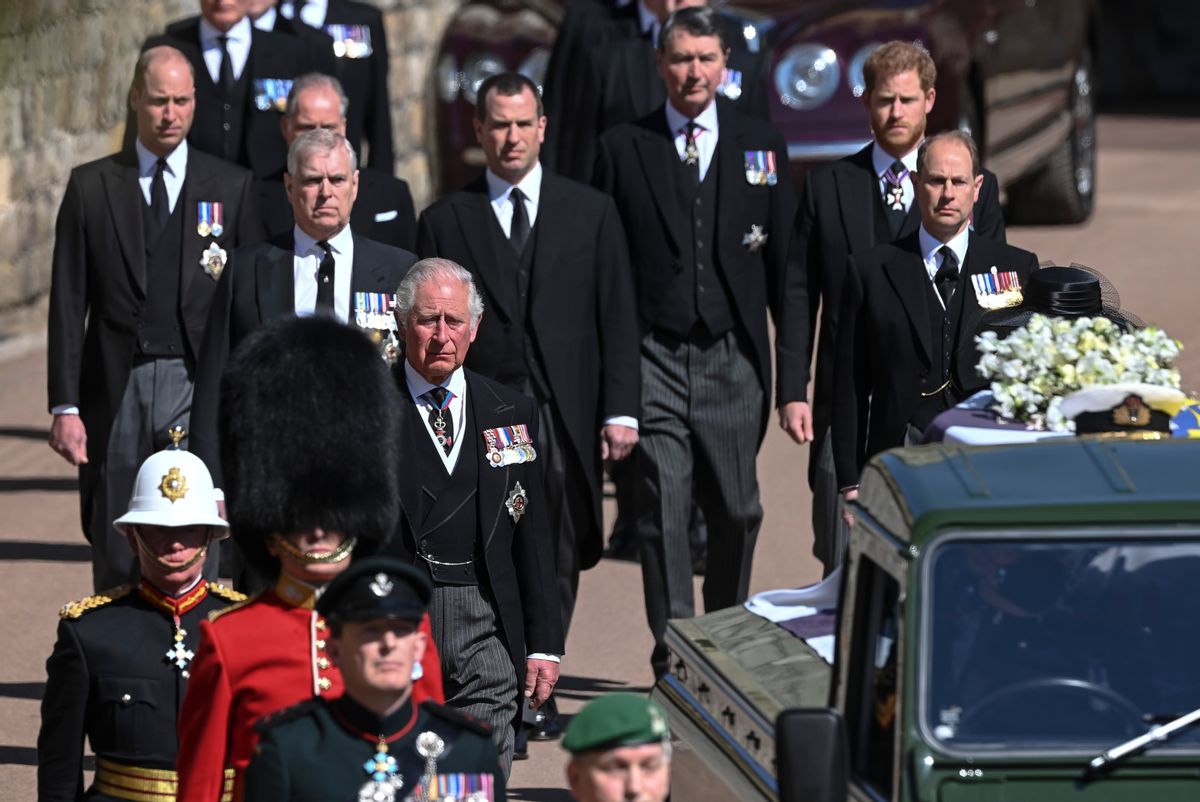 Claim:
On April 17, 2021, British Princes William and Harry walked separately at their grandfather Prince Philip’s funeral, on either side of their cousin Peter Phillips, because of tensions between the brothers.
Rating:

As Prince Philip, royal consort to Britain's Queen Elizabeth, was laid to rest on April 17, 2021, much of British tabloid coverage was centered on the reported tense relationship between his grandsons, the brothers Prince William and Harry.

Coverage of the funeral showed the two brothers walking apart from one another, separated by their elder cousin Peter Phillips, son of Princess Anne. The reported tensions emerged from Harry and his wife, Meghan Markle’s, interview with Oprah Winfrey in March 2021, where they alleged racism within the royal family and discussed Markle’s resulting mental-health struggles.

The funeral procession can be seen here:

The Mirror ran with the headline, “Prince Harry and William's cousin will 'act as mediator' between feuding brothers.” The article claimed, “And it has now emerged that the brothers - who have not seen each other for a year - will not walk together at the funeral. Instead, cousin Peter Phillips will be walking between the two.”

However, footage also emerged from after the funeral showing the brothers and William’s wife walking and chatting side-by-side.

Buckingham Palace denied that the manner of walk had anything to do with drama between the brothers, saying the order of the funeral procession was "a practical change rather than sending a signal. This is a funeral and we are not going to be drawn into perceptions of drama. The arrangements have been agreed and represent Her Majesty's wishes."

On the surface this appears to be much ado about nothing. While there may well be ongoing tension between the brothers, the funeral arrangements and the order of the procession appear to have little to do with that tension. On the other hand, we may never know unless one of them does a tell-all interview. We thus rate this claim for now as “Unproven.”