Are Secret Negotiations Underway To Increase the Power of the World Health Organization?

The International Health Regulations Review Committee held a meeting in mid-January 2023. Among other things, it was not a secret. 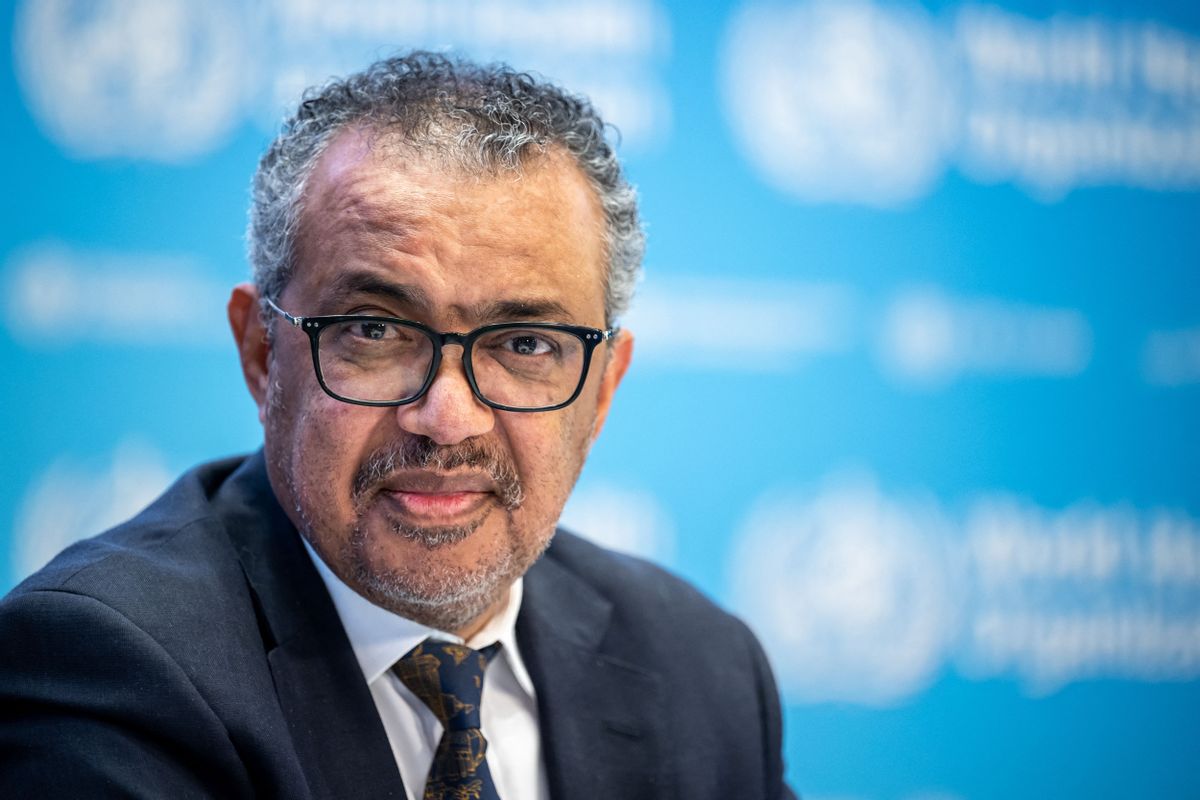 Claim:
The World Health Organization is holding a secret meeting that will greatly expand its legal authority.
Rating:

In mid-January 2023, conspiracy theorists ran with a baffling suggestion: A publicly scheduled meeting of a World Health Organization (WHO) committee — the terms of which had already been agreed upon in an earlier and equally public meeting — represented a covert power grab by the organization.

The meeting in question, which took place between Jan. 9 and 13, 2023, concerned amendments to the International Health Regulations (IHR) —  a set of already legally binding international laws governing how states respond to public health emergencies. The IHR has been revised and amended several times in the past, most recently in January 2016.

The January 2023 meeting was of the International Health Regulations Review Committee (IHRRC). The IHR, according to WHO, provides "an overarching legal framework that defines countries' rights and obligations in handling public health events and emergencies that have the potential to cross borders":

The IHR are an instrument of international law that is legally-binding on 196 countries, including the 194 WHO Member States. The IHR grew out of the response to deadly epidemics that once overran Europe. They create rights and obligations for countries, including the requirement to report public health events. The Regulations also outline the criteria to determine whether or not a particular event constitutes a "public health emergency of international concern."

As this meeting was underway, conspiracy-theory oriented media outlets and social media personalities began casting the affair as a secret meeting that — among other nefarious intentions — allowed WHO to expand its authority with limited oversight through amendments to the IHR. Discussion of this meeting, which is sometimes accompanied by the hashtag #stoptheamendments, often contains the same copypasta text alleging the meeting is a secret:

In addition to that statement, that copypasta text also included a list of 10 proposed amendments described in a way that is — to put it mildly — aggressively misleading. Among these claims were:

Secret Negotiations for the Amendments to the International Health Regulations change the overall nature of the World Health Organization from an advisory organization that merely makes recommendations to a governing body whose proclamations would be legally-binding. (Article 1)

Greatly expand the scope of the International Health Regulations to include scenarios that merely have a "potential to impact public health."

Here, Snopes demonstrates that this meeting was not secret, and that conspiratorial discussion of these amendments represented, at best, a superficial reading of the proposals designed to instill fear.

IHRRC Meeting Is Not 'Secret'

The IHRRC meeting in January 2023 had never been secret. It followed, among other events, a May 2022 meeting of all WHO member states that, through compromise, set out a framework and timeline for amending the IHR in light of the most recent pandemic. This meeting and the proposed followup meeting were publicly reported on at the time. As Politico wrote in May 2022:

Under the compromise, officially agreed on by countries on Friday evening, countries will have 10 months to reject an amendment to the health regulations instead of nine months, as appeared in an earlier draft text. What has remained in the text is that any amendment to the regulations will come into effect in 12 months. That shaves a year off the current timeline.

A new paragraph added to the text refers to another decision taken at the assembly that will see a working group discuss future IHR amendments. The new text also states that this group will look at amendments to "address specific and clearly identified issues, challenges, including equity, technological or other developments, or gaps that could not effectively be addressed otherwise.

The IHRRC meeting represented the final meeting of that working group. As the WHO issued news releases about this meeting at its launch, it was never secret. WHO General Secretary Tedros Ghebreyesus issued this public statement at the start of the meeting:

The proposed amendments reflect the critical need to strengthen the IHR to improve prevention, preparedness, and response to public health events that carry a risk of international spread.  The Committee has identified several cross-cutting themes, including equity, transparency, trust, sovereignty, collaboration, and assistance, with the overarching goal of protecting public health.

These aforementioned amendments were also not secret. Conspiracy theorists have built their entire case about these proposed amendments by looking at a document that literally lays out — line by line — each of the proposed changes being discussed.

Amendments Do Not Change The 'Overall Nature' of WHO

The IHR was already legally binding. The totality of the argument that the amendments "change the overall nature of the World Health Organization from an advisory organization that merely makes recommendations to a governing body whose proclamations would be legally-binding" rests on the observation that the word "non-binding" was removed from two definitions in the proposed amendments:

Regardless of the removal of the word non-binding, the WHO was still offering "advice" here. Further, this change does not represent a legal shift in WHO power or authority, as the IHR as a whole has always been legally binding.

The discussion of the rest of the amendments shared in the copypasta text was similarly superficial, recasting linguistic choices as an attempt to increase legal authority. For example, people sowing fear about the amendments meeting frequently referenced the fact that the amendments removed the words "respect for dignity, human rights and fundamental freedoms of people." While this is true, such discussion omits the words this clause was replaced with:

This was not a rejection of human rights, as conspiracy theorists suggested, but a restatement of human rights — as WHO secretary general indicated — based on "cross-cutting themes, including equity, transparency, trust, sovereignty, collaboration, and assistance, with the overarching goal of protecting public health."

More broadly, these amendments did not change the nature of WHO or provide it with enhanced legal authority, as the IHR rules have always been legally binding. As proposed, they do potentially enhance the ability of member states to produce and stockpile vaccine ingredients and authorize — with deference to local laws — entry requirements based on things like a negative COVID-19 test.

Changes like these are frequently made to the IHR, and their occurrence is far from secret. Every step of this process has been public, reported on, and documented.

Because the meeting was not secret and because it did not change the legally binding nature of the IHR, claims that a secret meeting was held by the IHRRC to usurp power for the WHO should be rated "False."