Was This Man Whipped to Death for Molesting a 2-Year-Old Child?

A graphic video showing a man being brutally whipped while tied to a post is real, but it has nothing to do with pedophilia. 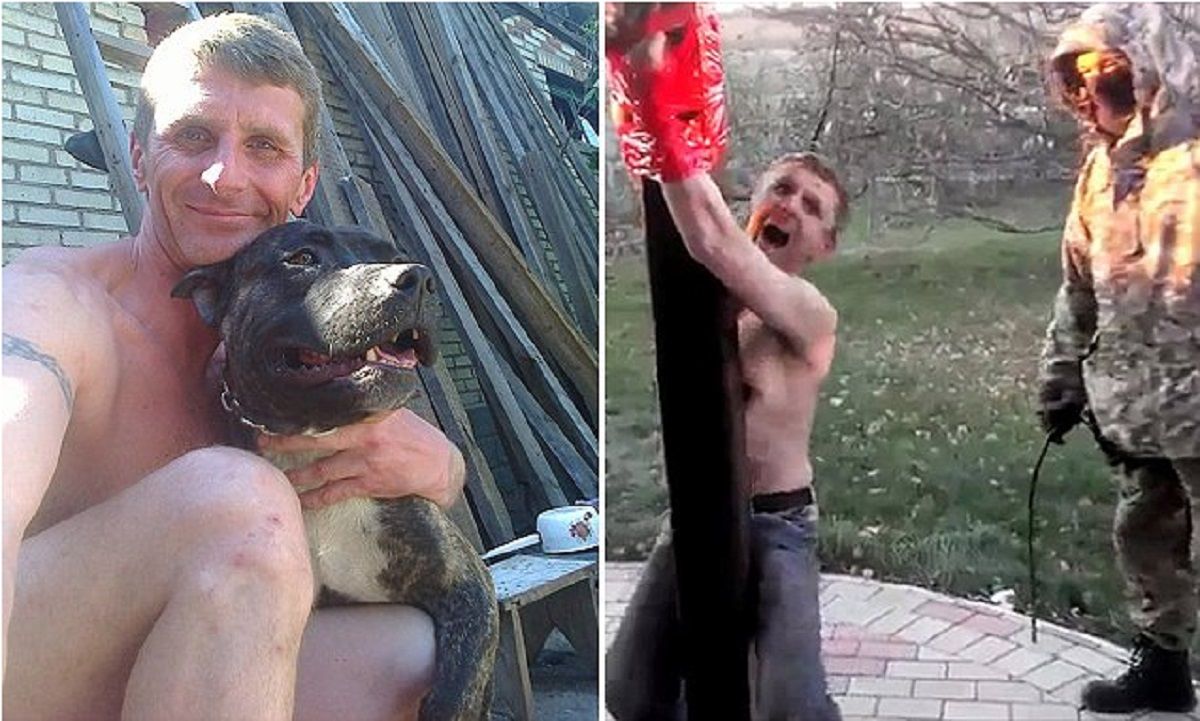 Claim:
A video shows a man being whipped to death by vigilantes because he molested a 2-year-old child.
Rating:

A graphic video showing a man being whipped while tied to a post is frequently shared online with the claim that it captures vigilantes performing an ISIS-style execution on a pedophile who was caught molesting a 2-year-old child.

This rumor appears to have originated with a September 2016 article published on the Romanian web site Stiri Mondene but received wider attention nearly a year later when notorious purveyors of misinformation Neon Nettle and Your News Wire published a pair of articles about it in October 2017.

Since then, a number of other disreputable websites have picked up on the story, including Cvikas, The Unknown But Not Hidden, and NYNews.Today, before the claim was rehashed yet again by the danfekhabar.com website in October 2018: A pedophile was captured by vigilante militants and whipped to death with cable ties after he was caught raping a 2-year-old child. The man’s death was filmed as an ISIS-style execution video to send a message out to other child abusers.

The man, identified as Aleksey Frumkin, was a suspected child trafficker and pedophile who ran a trafficking ring in and around Russia.

The video (which can be seen at the bottom of this post) is real, but it does not capture a man who was whipped to death for molesting a 2-year-old.

This video first received widespread attention in February 2016 and reportedly depicts an incident that had taken place two years earlier in Ukraine, involving a man named Aleskey Frumkin (the victim) and Vasily Petrovich, a Russian militant known on the social network VK.com as "Fighting Olhon."

The German-language Bild reported that Petrovich served as the "Commander of the Armed Forces of New Russia" and traveled to Ukraine in the summer of 2014 to "fight fascists." According to Petrovich, the man seen being whipped in this video was tortured because he was a drug dealer, not a pedophile:

He is heard to say: ‘Stop please! I’ll say what you need. I will call another drug dealer and he will arrive with drugs’.

The torture was carried out by a militant identified as ‘Olkhon’ in the town of Communar, Donetsk Oblast, in Southern Ukraine.

Olkhon, who comes from the Russian city of Novosibirsk, accuses the man of having a drug dealer’s number on his phone. He says: ‘Drug dealers and junkies please come here to us, we have a way to deal with people like you. Come to us and we will cure all of you’.

Alex Frumkin comes from the city of Makijivka, east of Donetsk, and he is now 42 years old. He was a big dog lover, showing up on many photos posted to social networks with German Shepherds and his Pit Bull. When the riots in eastern Ukraine began in April 2014, he protested outside the city hall of his hometown against the Ukrainian government and for independence of the region Donetsk.

In photos from the summer of 2014, he poses with wine bottles and weapons but not as an active fighter against the Ukrainian army. It remains unclear whether he was actually involved with drugs, which the Russian militiamen later accused him of.

It's uncertain (but likely) that this incident of torture resulted in Frumkin's death. Petrovich claimed that Frumkin was released after he was tortured, but the Ukranian man went missing in October 2014 shortly after this video was filmed:

The merciless torturer is known in the network "VK," a kind of Russian Facebook, as "Vasily Petrovich" (fighting "Olhon"). He is Russian and claims to have come from Novosibirsk. He went to Ukraine in the summer of 2014 to fight "fascists" there. According to pro-Russian journalist Graham Phillips, Petrovich served as the "Commander of the Armed Forces of New Russia" in Ukraine between the summer of 2014 and the end of 2015 before returning to his homeland.

In October 2014, the Russian said in an interview, he was referred to a drug dealer by residents in cities east of Donetsk. Then he and his men had put the man to punish him "hard" with the "full treatment". Afterwards, the alleged drug dealer's supplies were confiscated and he and his companions were told to stay "out of sight" ...

A person familiar with the situation in Eastern Ukraine told BILD the video featured a "quasi-execution". It is unlikely that Frumkin was allowed to go free after the severe torture, even if the torturer Petrovich claims it today. Also, the torture and murder of civilians by Putin's henchmen in occupied Ukraine is not an isolated case.

The video can be viewed below. WARNING: It contains graphic depictions of violence: