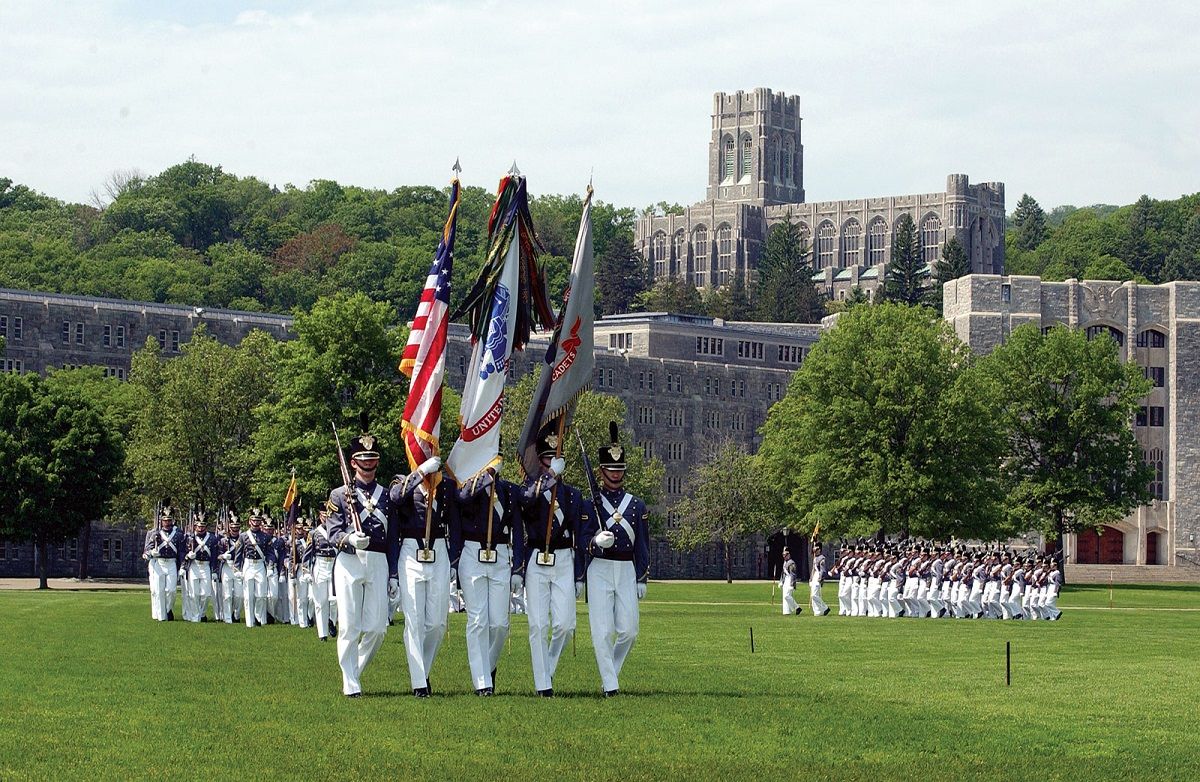 On June 13, 2020, U.S. President Donald Trump spoke to 1,107 graduates gathered at the U.S. Military Academy at West Point for the academy's annual commencement ceremonies. Shortly afterwards, social media users began circulating an image that purported to be a photograph of a graduating cadet who pulled open his tunic to reveal a crude, pejorative message aimed at the president: This image was an altered version of a photograph related to a similar incident which had occurred several years earlier and was unrelated to Trump.

In 2018, various news accounts reported that Lt. Spenser Rapone had resigned his U.S. Army commission after being reprimanded for conduct unbecoming of an officer, a charge which encompassed his posting online "to advocate for a socialist revolution and disparage high-ranking officers":

Top brass at Fort Drum accepted Rapone’s resignation after an earlier reprimand for “conduct unbecoming of an officer.” Rapone said an investigation found he went online to advocate for a socialist revolution and disparage high-ranking officers. Officially, the Army said in a statement only that it conducted a full investigation and “appropriate action was taken.”

An unrepentant Rapone summed up the fallout in yet another tweet Monday that showed him extending a middle finger at a sign at the entrance to Fort Drum, accompanied by the words, “One final salute.”

“I consider myself a revolutionary socialist,” the 26-year-old Rapone told The Associated Press. “I would encourage all soldiers who have a conscience to lay down their arms and join me and so many others who are willing to stop serving the agents of imperialism and join us in a revolutionary movement.”

Those posts included pictures taken at Rapone's May 2016 West Point graduation ceremony, which he later tweeted "in solidarity with NFL quarterback Colin Kaepernick." Below you can see the original photograph with the likeness of Marxist revolutionary Che Guevara on Rapone's shirt, not the anti-Trump message that someone added later in the digitally altered image displayed above.