Was a Tapeworm Found in Welch's Fruit Snacks?

A viral Facebook claim about the supposed discovery of a parasite in a piece of Welch's Fruit Snack has not been verified. 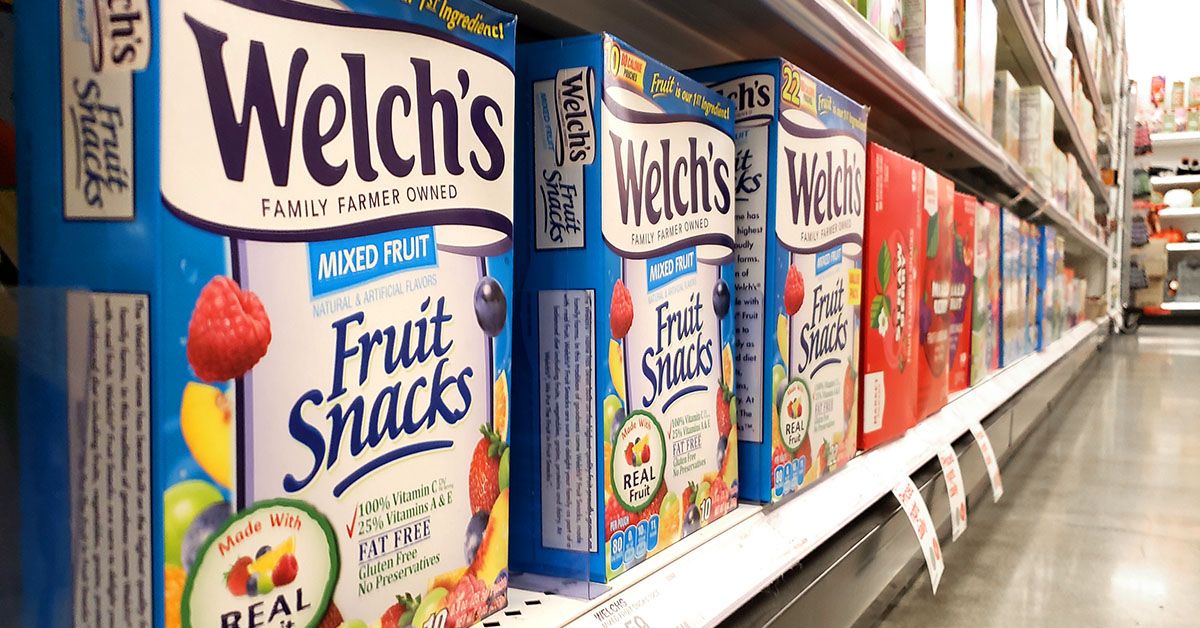 In September 2018, a Facebook user reported that she experienced a "horrid taste" after eating from a just-opened bag of Welch’s Fruit Snacks and then discovered that one of the pieces in the package had a "tapeworm through it":

That Facebook post was shared far and wide, and Welch's eventually responded to the issue with their own Facebook post in which they stated that, given the information they had at hand (which apparently did not include the fruit snack piece in question), their "product experts believe with a high level of certainty that the imperfection shown is nothing more than a fruit snack piece with excess product drizzled on the exterior":

These competing posts prompted much online debate in which commenters locked horns over topics such as whether the material in question was inside of or exterior to the fruit snack, whether the pictured object was truly a tapeworm, the merits of vegetarian gelatin alternatives, and the like.

Courtnie Sassenach, the woman who made the original Facebook post about Welch's Fruit Snacks, told us that her doctor's lab had tested the item in question and had determined that it contained a tapeworm "dehydrated into the piece of the fruit snack." (She said she would provide with a copy of the lab report but has not yet done so.) Courtnie also told us that she had sent the fruit snack piece on to Welch's, as they requested.

However, in response to our inquiry, a representative for Promotion In Motion Companies, Inc. (the parent company for the Welch's brand) told us a very different story, saying that they had been unable to obtain a sample of the supposedly contaminated fruit snack to analyze for themselves or verify that it had been tested by anyone else. The rep reiterated the company's belief that "the imperfection shown is nothing more than a fruit snack piece with excess product drizzled on the exterior":

We are confident that the imperfection is not a tapeworm and we continue to stand behind our original statement in which our product experts believe with a high level of certainty that the imperfection shown is nothing more than a fruit snack piece with excess product drizzled on the exterior. This means the snack, while unusual in appearance, is completely safe for consumption. A recall is not warranted and will not be issued.

Please know that we take these matters seriously, and as with all consumer concerns related to our products, we have attempted to get the sample to a laboratory to be analyzed. To date, and following multiple attempts, we have been unable to obtain the sample or get the product to an independent third party for testing. Additionally, we have not received any documentation that shows the consumer had this product tested.

Pending the receipt of more information from one side or the other, this item remains undetermined for now. We note that several other Facebook users have reported finding something similar in Welch's Fruit Snacks, which indicates that either the issue is simply a common artifact of the manufacturing process, or Welch's has a widespread tapeworm problem: