The claim that Wayfair is trafficking children is based almost entirely on one person's confusion over an expensive cabinet. 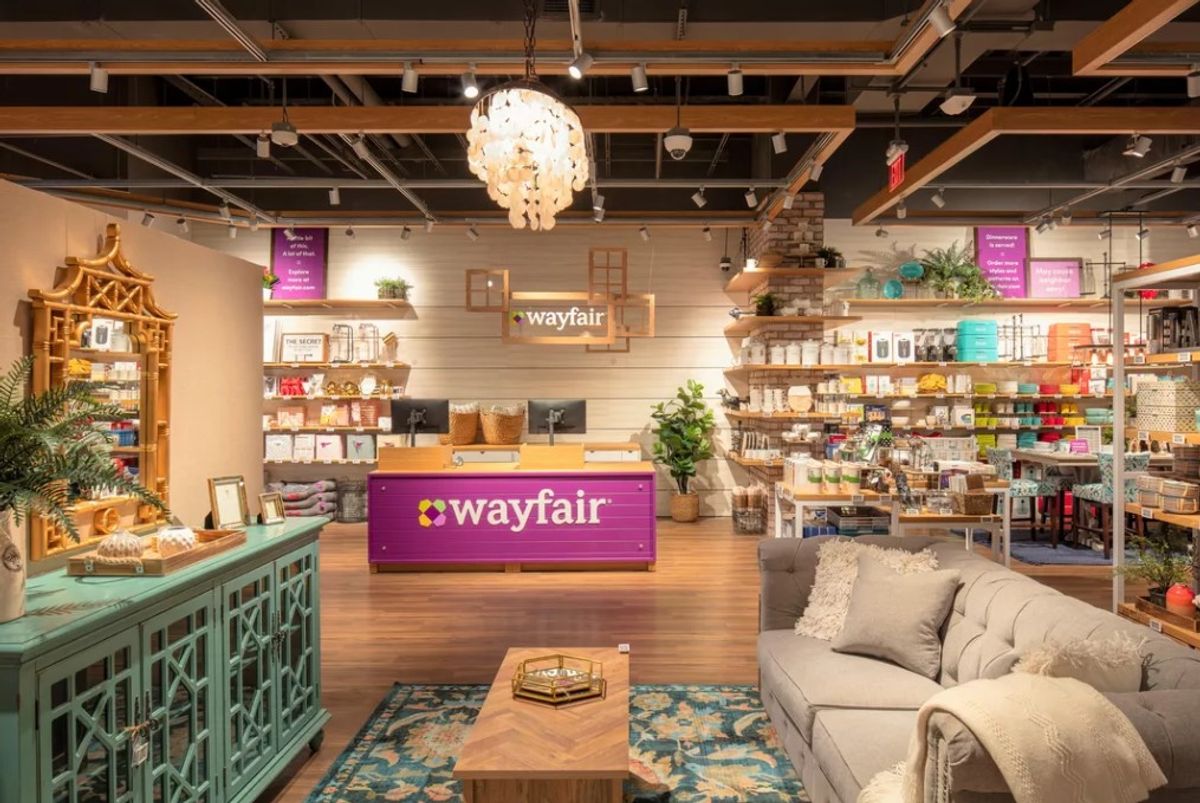 In July 2020, some social media users accused the furniture store Wayfair of trafficking children. This gravely serious accusation was not based on police reports, firsthand accounts, financial records, or deep investigative reporting. Rather, it was based on the fact that some items on Wayfair were listed at exorbitant prices compared to other, similar items.

This rumor appears to have originated on the "conspiracy" section of Reddit on July 9, 2020. That post noted that Wayfair was selling utility closets from WFX that were priced at more than $10,000, and offered child trafficking as a possible explanation. That post, like so many other conspiracy theories, offered this notion as a mere possibility and said that it would be stomach churning "if ... true."

Is it possible Wayfair involved in Human trafficking with their WFX Utility collection? Or are these just extremely overpriced cabinets? (Note the names of the cabinets) this makes me sick to my stomach if it’s true :(

This post led to other users combing the Wayfair website in search of other oddities. One Twitter user, for instance, found a set of pillows and shower curtains that were listed for $9,999. As similar items on the website were listed for only $99, this person assumed that the only logical explanation was that the higher priced item was being used to traffic children. If you search bungalow rose a bunch of shower curtains and pillows show up priced at $9,999. Wayfair is fucking trafficking children what the FUCK

Same with other things. They all have big price jumps to like 10 grand. Wayfair also supplies the furniture at ICE detention centers, where children are going MISSING from

Generally speaking, the images showing expensive cabinets and large price differentials on pillows, shower curtains, and other items on Wayfair's website are real. However, it takes quite a leap in logic to arrive at the conclusion that this is evidence that the store is engaged in child trafficking.

In fact, the more we pondered this claim, the more nonsensical it appeared. Would a large business really use their official website to allow people to purchase children online? As these items are available to anyone with internet access, wouldn't it be possible for someone to accidentally become involved in child trafficking? Why would a child trafficking operation use a method that would be so easy to track?

This claim is largely based on the idea that $10,000 is simply too expensive for a cabinet, and that there has to be some other explanation — child trafficking — to justify its cost. In a statement to Newsweek, however, Wayfair noted that these were industrial grade cabinets, and that they had been accurately priced. Wayfair said that they temporarily removed these items, as the accompanying descriptions did not accurately explain the reason for the price point.

Wayfair told Newsweek in a statement:

"There is, of course, no truth to these claims. The products in question are industrial grade cabinets that are accurately priced. Recognizing that the photos and descriptions provided by the supplier did not adequately explain the high price point, we have temporarily removed the products from site to rename them and to provide a more in-depth description and photos that accurately depict the product to clarify the price point."

We reached out to Wayfair for more information about the expensive pillows and shower curtains, but have yet to receive a response.

As this rumor circulated on social media, people chimed in with additional "evidence" of Wayfair's supposedly nefarious activities. For instance, some claimed that searching for the stock keeping unit number (SKU) associated with these items preceded by the term "src usa" on the Russian search engine Yandex returned images of young female children. This is, bizarrely, true. However, searching for just about any random string of numbers preceded by the “src usa” returns similar results. It's possible that these search results are connected to the Russian image hosting website "Imgsrc," which has previously hosted child pornography images. We reached out to Yandex for more information about these search results, and will update this article accordingly.

Others claimed that these products carried the names of children who had gone missing. One cabinet, for instance, appeared on Wayfair as the "Anabel 5-shelf storage unit." This, according to proponents of this theory, corresponded with an Anabel Wilson who had gone missing in Kansas. While this may seem suspicious to those seeking a pattern, it should be noted that there were more than 400,000 entries for missing juveniles in the FBI’s National Crime Information Center in 2019. In other words, the fact that some of these product names were the same as the first names of children who had gone missing could easily be nothing more than a coincidence.

Furthermore, some of the missing children cases this theory attempted to connect to Wayfair have already been solved. The "Alyvia" shelf, for example, was supposedly connected to Alyvia Navarro. This autistic child went missing at the age of 3 in 2013 and, unfortunately, was found dead shortly after she went missing, having drowned in a nearby pond.

On July 13, 2020, proponents of this theory started sharing a mugshot of a man in a Wayfair shirt and claimed that he had recently been arrested as part of a trafficking ring. This is a genuine photograph of Fredrick Walker Jr. who was arrested on June 21, 2020, during a prostitution sting in Barnesville, Georgia. However, those sharing this image as "proof" of this Wayfair conspiracy theory failed to mention that this person was just one of nearly two dozen people who were arrested during this sting, that none of the other people arrested were wearing Wayfair shirts, that news reports about the arrest made no mention about any connection to the store, and that there's no evidence that the victims in this case were children.

The claim that Wayfair is trafficking children is based almost entirely on one person's confusion over an expensive cabinet. This conspiracy theory, like so many conspiracy theories, started with a wild and unfounded assumption that would be sickening if it were actually true. As of this writing, absolutely no credible evidence has been offered to back up this accusation.

But the conspiracy theory did have real impact. According to a July 20 press release from Polaris, its National Human Trafficking Hotline (1-888-373-7888) received such an "extreme volume" of reports related to this rumor (none of which contained information beyond what was already reported online) that it struggled to respond to other calls from people potentially in need. The statement encouraged callers to learn more about "what human trafficking really looks like."

Gilbert, Ben. &bsp; "A US Soldier Working at Mar-a-Lago Uploaded Photos of an Underage Girl to a Russian Website — A Closer Look at the Site Reveals a Horrific Underworld."     Business Insider.   28 September 2019.

Updated [14 July 2020]: Added information about Yandex search results and a new iteration of this claim involving a man in a Wayfair shirt.

Correction [15 July 2020]: The original article cited outdated statistics about the number of children who go missing every year. The article has been updated with more accurate numbers from the FBI.