Was the White House Built by Slaves?

During her 2016 Democratic National Convention speech, Michelle Obama asserted that the White House had been built using slave labor. And she was right. 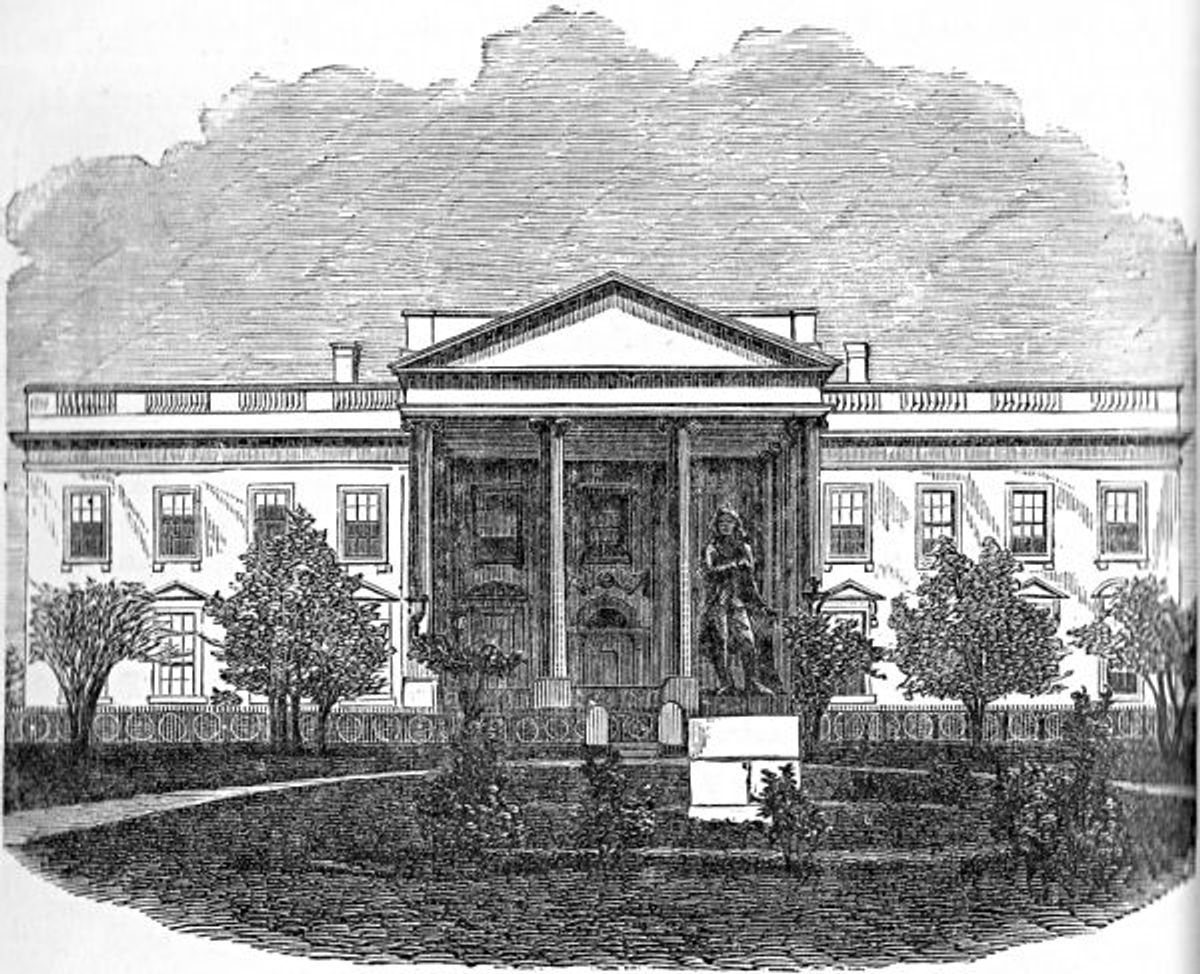 Image Via The White House Museum

Recent research has uncovered that the majority of laborers responsible for the construction of the White House and other buildings in the U.S. capital were slaves.

The White House wasn't built exclusively by slaves, as other low-level laborers toiled on the project as well.

On 25 July 2016, First Lady Michelle Obama gave a well-received speech amid what was otherwise a contentious night at the Democratic National Convention, during which she asserted that the White House had been built by slaves. The remark was a relatively minor detail in Mrs. Obama's larger commentary about progress in the United States:

That is the story of this country. The story that has brought me to the stage tonight. The story of generations of people who felt the lash of bondage, the shame of servitude, the sting of segregation, who kept on striving, and hoping, and doing what needed to be done. So that today, I wake up every morning in a house that was built by slaves. And I watch my daughters — two beautiful intelligent black young women — play with the dog on the White House lawn.

The First Lady made the remarks at around the 11:20 mark:

In June 2005, Congress commissioned a study [PDF] that looked into slave labor and Washington D.C.-area landmarks. In the foreword, U.S. Senate historian Richard Baker explained that it had been extremely difficult to uncover the details, because slaves were not considered important to the history of the United States at that time:

No one will ever know how many slaves helped to build the United States Capitol Building—or the White House; or the homes of founding fathers George Washington, Thomas Jefferson, and James Madison; or Philadelphia's Independence Hall. Indifference by earlier historians, poor record keeping, and the silence of voiceless classes have impeded our ability in the twenty-first century to understand fully the contributions and privations of those who toiled over the seven decades from the first cornerstone laying to the day of emancipation in the District of Columbia.

According to the paper, slavery was legal in Washington D.C. until April 1862, making it impossible to imagine that enslaved people would not have built and maintained buildings there. A pro-emancipation broadside from 1836 condemned the practice of slavery in the nation's capital: Jesse Holland, a reporter, researcher, and author of the book The Invisibles: The Untold Story of African American Slaves in the White House, said that his own research indicated that at least two-thirds of laborers who worked on the U.S. Capitol building (and by extension, the White House) were slaves:

"A lot of people don’t think about it, but the White House is a mansion in a southern area," Holland told us:

Not only the construction as far as building the wall. They not only quarried the clay used for the bricks, they dug the foundation ... and they also were used on the interior work of the White House.

The White House Historical Association reports that although the government did not own slaves outright, they did hire them from slave owners:

The D.C. commissioners, charged by Congress with building the new city under the direction of the president, initially planned to import workers from Europe to meet their labor needs. However, response to recruitment was dismal and soon they turned to African American — enslaved and free — to provide the bulk of labor that built the White House, the United States Capitol, and other early government buildings.

Stonemason Collen Williamson trained enslaved people on the spot at the government's quarry at Aquia, Virginia. Enslaved people quarried and cut the rough stone that was later dressed and laid by Scottish masons to erect the walls of the President's House. The slaves joined a work force that included local white laborers and artisans from Maryland and Virginia, as well as immigrants from Ireland, Scotland, and other European nations.

Slaves didn't exclusively build the White House or other monuments; but a review of historical accounts reveals they had a large role in that construction, one which went almost completely unnoticed and unrecorded for many years.

Allen, William C.   "History of Slave Laborers in the Construction of the United States Capitol."     The Architect of the Capitol.   1 June 2005.