Was the 'Black Soldier' Killed in Niger a Deserter?

A "satire" site posted a fake story appearing to report that Sgt. La David Johnson, who was killed in combat in Niger, was a defector. 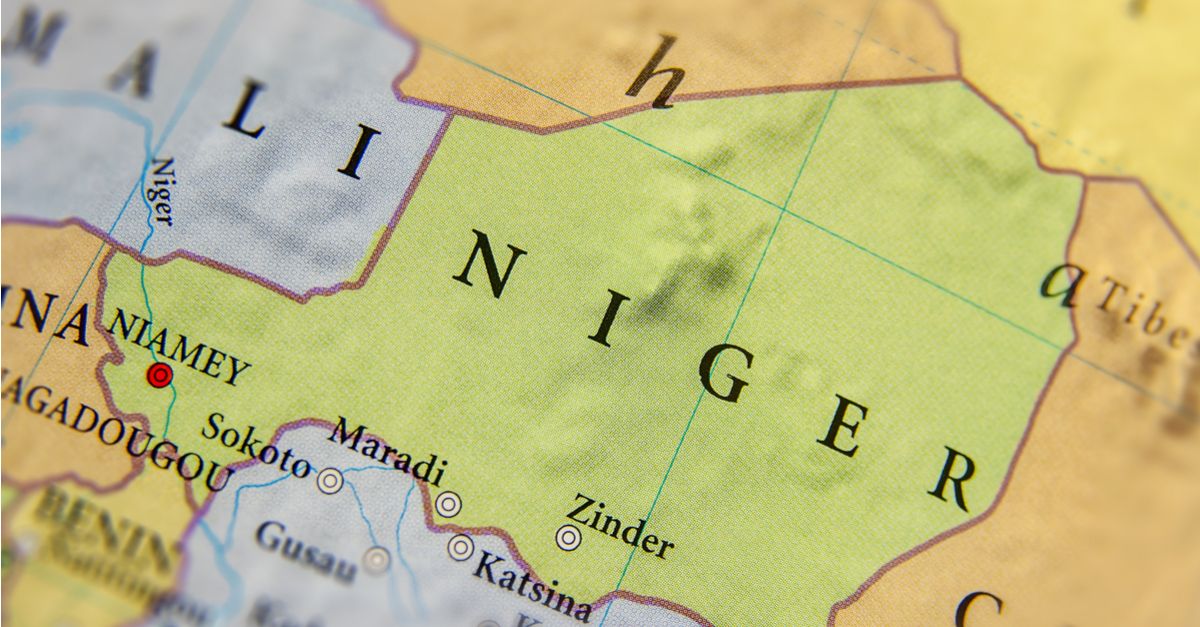 On 26 October 2017, FreedumJunkshun.com, a web site that labels itself "satire", published a story reporting that the "black soldier" killed in an ambush in Niger earlier in the month was a "deserter." Many who read the article did not detect the purported humor, prompting readers to inquire whether the story was true. Citing only a fake passage from right-wing web site Breitbart.com, Freedum Junkshun reported:

Sergeant La David T. Johnson was among four soldiers killed in Niger when terrorists attacked his unit and ever since his death his mother, Cowanda Jones-Johnson, has been attacking Trump on liberal news programs.

If you’ve wondered why she has been trying to keep attention focused on the President instead of her son, we now have answers. Breitbart News discovered that Mr. Johnson wasn’t the perfect soldier that his mother wants us to believe:

According to members of Johnson’s unit, he had disappeared days before the attack.

It is unknown if he met anyone in the multiple days he was gone, but the attack occurred when three other members of his unit went out searching for him.

“I don’t want to raise the alarm yet, but it seems that he was trying to pull a Bergdahl,” said the soldier, who discussed the situation on condition of anonymity because he is not authorized to talk about it. “It seems suspicious that these terrorists were waiting for them.”

At least two other soldiers voiced the same concerns.

In case noting the web site is self-proclaimed "satire" is not enough to convince the ever-outraged or skeptical, we confirmed there is no evidence whatsoever to support claims that Sgt. Johnson was a "deserter". However, as always, the sheer lack of evidence has not stopped the false information from proliferating across junk sites on the Internet.

It is true that United States Army sergeant La David Johnson, 25, was killed in action — along with three others — in a 4 October 2017 ambush in Niger while on patrol with a company of twelve Special Forces soldiers and their Nigerien partners. Johnson died fighting, along with Staff Sgt. Bryan C. Black, Staff Sgt. Jeremiah W. Johnson, and Staff Sgt. Dustin M. Wright. It is also true he was African-American, while the others were white. But that is where the facts end with this story, whose author apparently felt the ethnicity and recent violent death of the serviceman were ripe for humor.

Sgt. Johnson became the center of an ugly political spat when Florida Congresswoman Federica Wilson, who overheard a phone call made to widow Myeshia Johnson by President Donald Trump, said publicly that Trump's attempt at condolence was insensitive and made the young woman cry. The President responded by asserting first that Wilson's account of the conversation, then Mrs. Johnson's account, were not true. It was his second high-profile tangle with a Gold Star family. As with many recent incidents involving high emotion and entrenched partisan flame throwing, the fake news purveyors immediately latched on.

Of course, any incident involving the three combustible topics of President Trump's running Twitter commentary, race and the death of a U.S. soldier is ripe for exploitation, and although it did ignite a firestorm of controversy, casting unfounded aspersions on the actions and character of the fallen soldier has remained off limits — until 2017.

We reached out to the Department of Defense to confirm the information was false. Major Audricia Harris responded by e-mail:

At no point since the Niger attack has DOD ever considered Sgt. La David Johnson anything less than an honorable soldier who sacrificed his life for our country.

We also confirmed with Breitbart editor-in-chief Alex Marlow that the passage attributed to Breitbart was falsified. He told us by e-mail:

Of course we have not nor would we ever write this.

We sent a list of questions to Christopher Blair, an apparent Internet troll who uses numerous pseudonyms and runs Freedum Junkshun along with other "satire" sites and Facebook pages. He declined to comment on the topic, only saying:

There are numerous quotes and posts our [sic] there covering my thoughts. Be a reporter and find them. I'm done giving interviews that turn into yet another article about what a jerk I am.

In May 2017, Blair gave an interview to PunditFact in which he said the strategy of his operation was to "mess with conservatives". But Michelle Amazeen, assistant professor of mass communication at Boston University, told us even though the stories are labeled as "satire" there is a good chance people will not notice; with an onslaught of digital information competing for limited attention, readers are very selective about where they direct their attention.

Even worse, she said, such stories can bleed into the mainstream, because in the online media environment, actual fake news sites can pick up "satire" articles without the disclaimer, and partisan web sites are more susceptible to being influenced by fake content, seemingly gaining credibility with each iteration until it is finally reported as fact:

My research has found that people don't notice these types of disclaimers. I've conducted several experimental studies on which types of disclosures people are most likely to notice in the context of native advertising. We have repeatedly found that generally less than 10 percent of people notice that something is labeled "sponsored content."

I'll bet that very few, if any, people scrolled down to see the language about "satirical fiction." Furthermore, people often don't even recall the source of an article they're reading, especially if they stumbled across it on social media rather than accessing it directly from its website. We found that people were more likely to recall legacy media sites (roughly half the time), but that nearly two out of three people could not recall the source of an article if it was a digital-only site.

So, I suspect that many of the people viewing that article could not tell you the name of the site where they read it, and even fewer (if any) understood that it was a satirical site. If people don't recognize that a site/content is satirical, or native advertising or not editorial journalism, et cetera, they won't apply the appropriate coping mechanisms to interpret the content accordingly.

As of 26 October 2017, credulous readers were in fact busy spreading the false information across Facebook. Posting a link to a variation of the fake story, one woman wrote:

The media needs to get the FACTS on this... is Johnson another Bergdahl? WTF?