Was the Security Guard at Mandalay Bay an 'Accomplice' to the Las Vegas Mass Shooter?

Dubious and fake news web sites reported, without a shred of evidence, that the security guard hailed as a hero for helping stop the Las Vegas mass shooting was actually an accomplice. 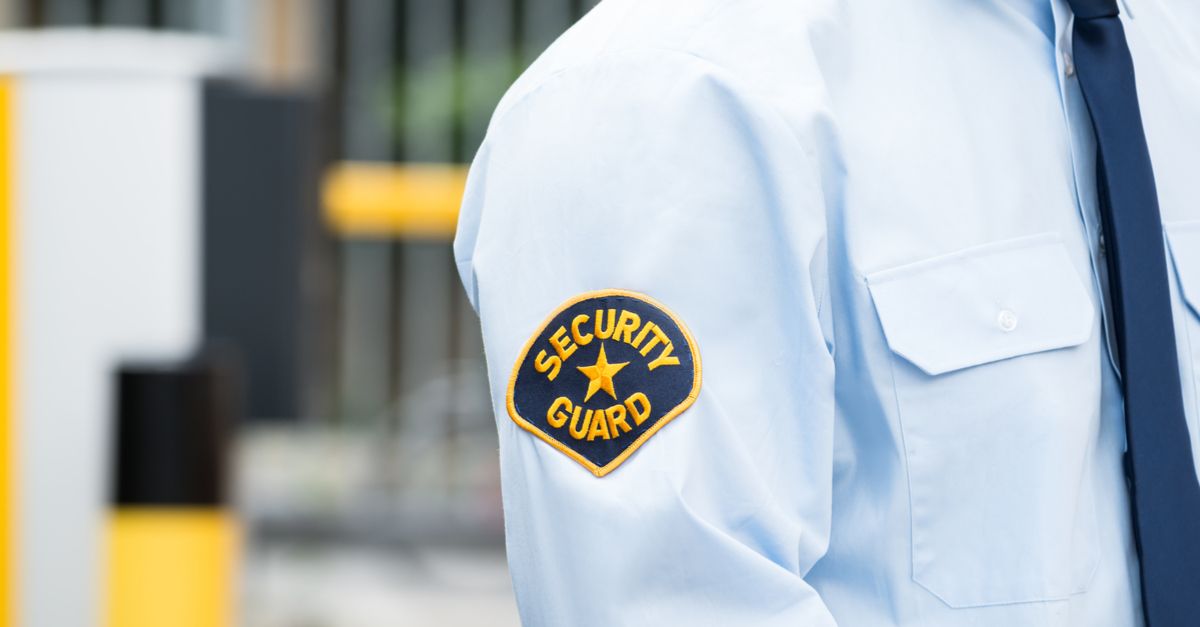 On 5 October 2017, the disreputable web site GotNews.com — run by notorious Internet troll Chuck C. Johnson — reported (with no evidence or citations) that the security guard being lauded as a hero for his role in helping to stop the massacre perpetrated by Las Vegas Strip shooter Stephen Paddock was, in fact, an accomplice in the shooting.

Stephen Paddock, 64, has been named as the lone gunman by law enforcement in the 1 October 2017 mass shooting, in which he fired on a music festival crowd of 22,000 with a modified automatic weapon from a suite in the 32nd floor of the Mandalay Bay Resort and Casino, killing 58 and wounding hundreds. High-ranking officials from the Las Vegas Metropolitan Police Department, the law enforcement agency leading the investigation, have said that while they still don't know if Paddock had any accomplices in planning the attack, they have on several occasions confirmed that per their investigation, he was the only shooter.

Large-scale tragedies like mass shootings and terrorist attacks have been unfortunate lures for conspiracy theorists and purveyors of false information in the Internet age. Disreputable web sites latch on to the chaotic aftermaths of such incidents to seduce audiences with "alternatives" to official investigations, claiming to harbor the "truth" that dishonest officials and the "mainstream media" are hiding from the public. For example, GotNews stories carry this fundraising plug:

GotNews didn't provide in its story any evidence to support their claim that hotel security guard Jesus Campos was an accomplice, other than an anonymous "official" with the Bureau of Alcohol, Tobacco and Firearms (ATF). GotNews reported:

The Bureau of Alcohol, Tobacco, Firearms and Explosives now believes Las Vegas gunman Stephen Paddock likely had help planning and executing the deadliest mass shooting in US history from none other than the Mandalay Bay Resort and Casino security guard who was shot in the leg that night, a senior ATF official told GotNews.

Jesus Campos has been praised for his apparent heroics on October 1st, as he supposedly rushed to Paddock’s suite, was shot in the upper thigh through the door, and continued to help get people to safety despite his wounds. However, a new report indicates the ATF now believes he was likely an accomplice of Paddock’s, and may have even been involved in the initial shooting as a second gunman from the other broken window in Paddock’s 32nd-floor room.

According to an ATF official, these suspicions are corroborated by the extreme amount of gunpowder residue found on Campos’ hands. “They believe he killed Paddock, shot holes through the door and his own arm to produce physical evidence for his cover story, then went and lay next to the elevator,” a senior ATF official doing ballistic work for the shooting told GotNews.

The ATF has disputed GotNews’ source, saying “the information in the article is incorrect,” in the following article on a theory regarding the Las Vegas shooting. “Please know that the Las Vegas Metropolitan Police Department is the lead of the investigation of the shooting in Las Vegas and ATF is assisting. This is an ongoing investigation where we continue to work with our law enforcement partners,” the ATF said. This article will continue to be updated with developments. If you have any tips, email editor@gotnews.com

However, another disreputable web site, YourNewsWire.com, which regurgitated the GotNews story on 6 October 2017, did not include this crucial "update" to alert readers that the allegations in the story were disputed by the very agency cited.

We followed up with the ATF to ask whether any of their employees had been in contact with GotNews. The agency responded:

We do not believe that any ATF officials spoke to GotNews or mentioned to anyone that Mr. Campos was a second shooter.

We sent Johnson a detailed list of questions about the GotNews story, but Johnson only responded asking that we "please print" his claim to have a source with ATF.

We found no evidence to support stories that report Campos acted in any other way than heroically. Campos has been hailed as a hero by the police department for not only locating Paddock's room, but braving a hail of gunfire in doing so.. Police said Campos provided them with a door key to the suite and stayed to help them evacuate other guests until officers ordered him to seek medical aid for a gunshot wound to the leg (there are no reports that Campos had a wound to his arm, as GotNews claims).

But his [Campos's] bravery was amazing because he remained with our officers, providing them the key pass to access the door, and actually continued to help them clear rooms until our officers demanded that he go seek medical attention.

In another update on 6 October 2017, LVMPD Undersheriff Kevin McMahill reiterated that Campos's actions were nothing other than heroic:

Most of you also now know the name of the Mandalay Bay security guard, who you've all named in the media, and I'll just reaffirm to you that Jesus Campos is a true hero. I can tell you now just a little bit more that I know about what he did that particular day. We now know that he was dispatched to what they call a door alarm on the 32nd floor. He went up there to investigate the open door and as he was doing his job diligently, he came under fire by our suspect.

As you know, he was struck in the leg. He turned around and retreated. He notified his dispatch, which was absolutely critical to us knowing the location, as well as advising the responding officers as they arrived on that 32nd floor. I can tell you that this was a remarkable effort by a brave and remarkable man. I want to say today that I don't think we've done a good enough job recognizing him and his actions, and for that I apologize. I just want to take the moment and clear the record that he's an absolute hero.

This is not the first time Johnson has framed an innocent person (a heroic one, no less) in the aftermath of a deadly incident. Dallas attorney Andrew Sommerman is representing in a pending defamation suit the family of Joel Vangheluwe, who Johnson wrongly identified as the driver of the Dodge Charger that ran down a group of counter-demonstrators at a white supremacist rally in Charlottesville, Virginia in mid-August. He said of Johnson:

When one does not care about the facts or how it affects people, it damages lives and creates a further disaster than what was originally created.

On 12 August 2017, GotNews "retracted" the article naming Vangheluwe as the driver of the car that rammed into the crowd, leaving 32-year-old Charlottesville resident Heather Heyer dead, allegedly because the police hadn't yet named a suspect. Why GotNews backtracked in that case to defer to police but not in the case of Campos is unclear but accuracy doesn't seem to have been the goal — as of 6 October 2017, the GotNews story still says "police have not identified the suspect," even though James Alex Fields was not only publicly identified but also charged with the crime the day the story was published.

Johnson, 28, has a long and dizzying history of scandal as a semi-successful Internet troll. He gained widespread notoriety when he attempted to out a woman who had anonymously written a disputed column about being raped on campus for Rolling Stone, but then identified the wrong woman. In 2015, he joined a short list of people banned by Twitter after a tweet asking supporters for funding to help "take out" civil rights activist DeRay McKession. Johnson is also behind the crowdfunding web site WeSearchr, where he has raised funds for supporters of the neo-Nazi web site Daily Stormer and a movement of white supremacists who chartered (then abandoned) a ship in an effort to scuttle the efforts of aid organizations trying to rescue migrants making the deadly Mediterranean Sea crossing between North Africa and Europe.

Yes, the timeline associated with the original shot and Mr. Campos has changed. Through investigation, as I have conveyed to you from the very beginning, in your zest for information and my zest to ensure the public safety and the calming of their minds, is some things are going to change. Now they are minute changes, OK. There's not this all-encompassing answer associated with the information that we presented before, in other words it's not completely inaccurate, but what we have learned is Mr. Campos was encountered by the suspect prior to his [Paddock's] shooting to the outside world.

Variations:  On 12 October 2017, readers asked about a purported CNN item reporting the claim as news:

Hello will you please tell me if the CNN report released today October 11th "Breaking News - Police Arrest Mandalay Security Guard Jesus Compos As Second Shooter In Las Vegas Massacre" is true or false? Thank you for your time

CNN) Breaking News – Mandalay Bay security guard Jesus Compos has been arrested accused of being an accomplice and second shooter in the Las Vegas massacre that claimed the lives of 59 people and injured more than 500.

Jesus Campos had originally been praised for his apparent heroics on October 1st, as he supposedly rushed to Paddock’s suite, was shot in the upper thigh through the door, and continued to help get people to safety despite his wounds. However, FBI officials involved in the investigation now believe he was an accomplice of Paddock’s, and was involved in the initial shooting as a second gunman from the other broken window in Paddock’s 32nd-floor room.

The domain name (cnn-internationaledition.com) and use of CNN's logos successfully duped social media users into believing the story was legitimate and sharing it. Hosting records revealed that the site was registered on 10 October 2017, one day prior to the publication of the article. Additional registrar details indicated that the site was registered outside the United States by an individual, not CNN.

Dewey, Caitlin. "Charles Johnson, One of the Internet’s Most Infamous Trolls, Has Finally Been Banned From Twitter." The Washington Post. 26 May 2015.