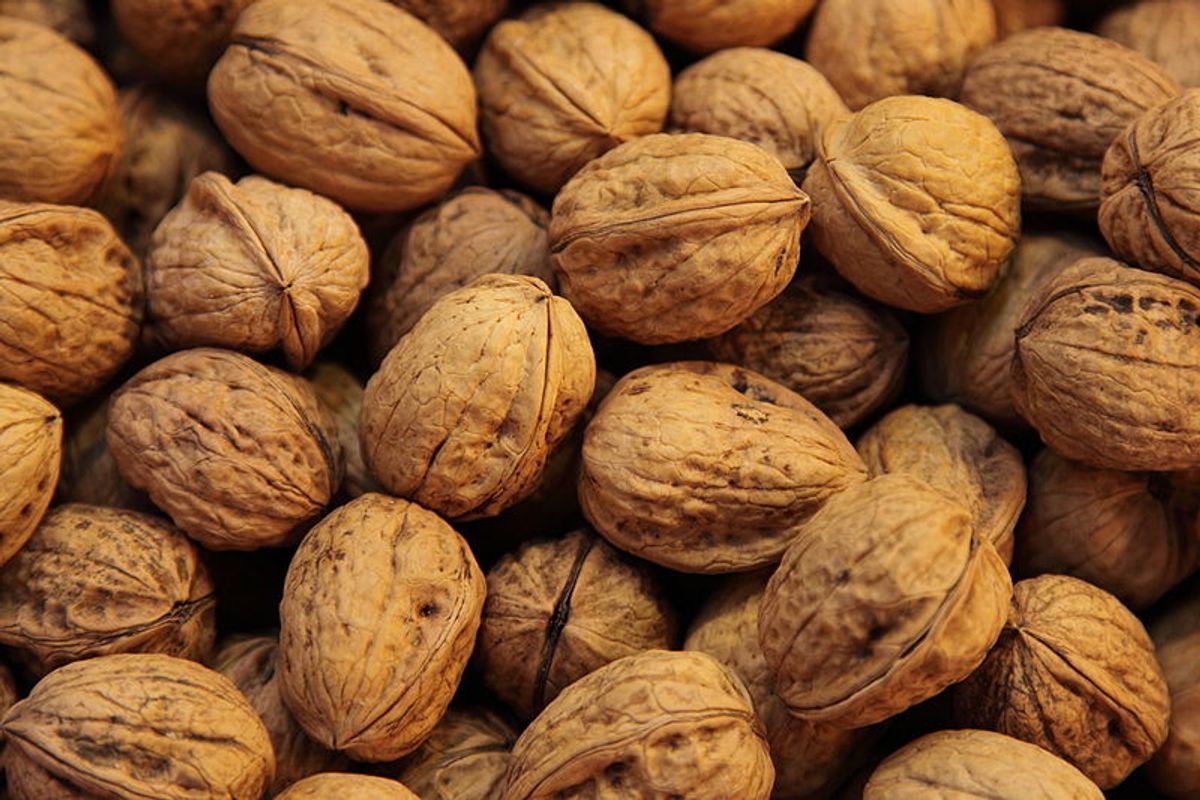 In September 2015, a meme asserting that walnuts were a natural deterrent to spiders was widely circulated on social media. While that meme specifically identified walnuts as an arachnid deterrent, similar home remedies for repelling spiders involving horse chestnuts, chestnuts, and the fruit of the Osage tree have long been touted:

While the above-referenced method might be described as an "old wives' tale," several prominent publications have mentioned it in recent years as a way to ward off spiders. The Independent, for instance, included walnuts in their list of "Ten ways to ward off spiders this autumn" in 2014, but that newspaper also noted there was "no scientific evidence" proving that their suggestion was effective:

Deter spiders with conkers by placing them on window sills and in corners of the room. Walnuts are thought to have a similar effect. There is actually no scientific evidence to back this up, so you may want to consider it as a last resort.

The Standard published a similar list in 2015 which included chestnuts:

A popular old wives tale says that chestnuts can be placed around the home to deter spiders — many claim they hate the smell. Walnuts and the fruit of the Osage orange tree are thought to have the same effect.

The Burke Museum of Natural History suggests that walnuts, chestnuts, and the fruit of the Osage orange tree should not even be considered in a spider defense system, bringing up three important points: First, house spiders don't actually enter homes from the outside, so placing walnuts (or chestnuts or Osage oranges or anything else) on windowsills won't keep them away (as they're already inside). Second, spiders don't seem to have an aversion to chestnuts in the wild, so why would they avoid them inside a house? Lastly, the idea that spiders are repelled by the smell of chestnuts implies that spiders can detect airborne scents, but spiders actually interpret smells through touch:

House spiders belong to a small number of species specially adapted for indoor conditions (constant climate, poor food supply, very poor water supply). Some house spider species have been living indoors at least since the days of the Roman Empire, and are seldom to be found outside, even in their native countries (usually Europe). Many of these species now live in houses worldwide, and most have been carried by commerce to more than one continent. Few are adapted to North American outdoor environments.

House spiders colonize new houses by egg sacs carried on furniture, building materials and so forth. They usually spend their entire life cycle in, on or under their native building. If a large number appear at a specific season, it is usually late summer (August and September) — not a notably cold time of year! &mdashl rather than fall, and their appearance coincides with the mating season of the given species. What you are seeing is sexually mature males wandering in search of mates."

The story that the fruit of the Osage orange tree (also called hedge apple, monkey ball, or spider ball) can repel or ward off spiders turns out to be extremely widespread in Midwestern states, where the trees are common. Details vary, but in general it seems that people put these aromatic fruits around their walls in fall to "keep spiders from coming in." Since house spiders don't actually come in from outside, of course this works just fine, but there is no evidence that spiders are repelled by osage-oranges. They live on the trees and even make webs on the fallen fruit. What's more, spiders seldom show any sign of being able to detect airborne odors!

In the Pacific Northwest, where Osage oranges are seldom seen, the legend has been transferred to horse chestnuts. I like horse chestnuts and usually have some around, but still have plenty of spiders, so I know of my own experience that this doesn't work.

The most effective method for keeping spiders out of your house involves taking steps to prevent them from getting there in the first place.