Solid evidence was hard to come by. 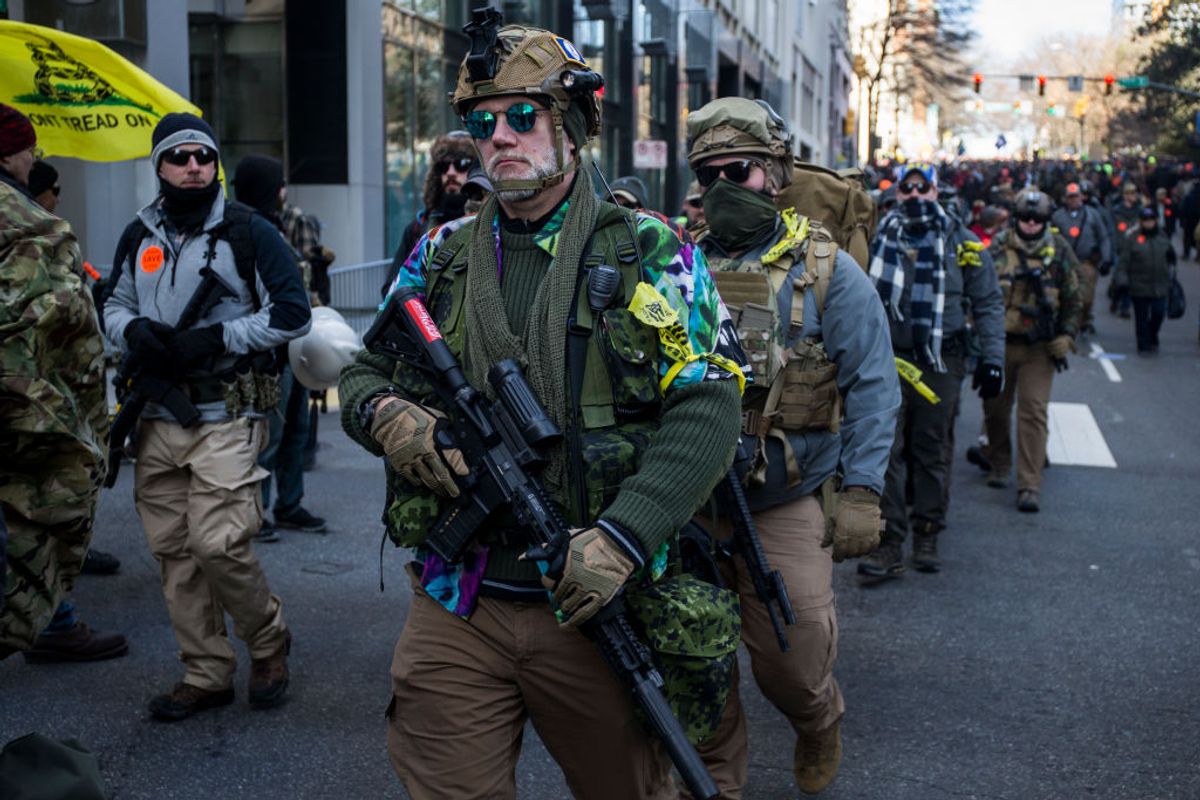 Misinformation spread online in the lead-up to the Jan. 20, 2020, pro-gun rally at the Virginia state Capitol. Amid fears that the rally could be a repeat of the deadly "Unite the Right" white supremacist rally in Charlottesville in 2017, Virginia Gov. Ralph Northam declared a temporary state of emergency, banning protesters from carrying firearms on state Capitol grounds.

About 22,000 demonstrators went to Richmond to rally against new proposed gun regulations, and although the event was organized by a self-described extremist, no official reports exist of any major violence or fights at the event.

Prior to the protest, Tom Deweese, who has a track record of spreading incendiary misinformation and conspiracy theories, created a Facebook post in which he claimed that he had learned from a source that "antifa," which is the shortened phrase denoting anti-fascist activists, had "rented seven buses" and were planning to disguise themselves as pro-gun protesters and cause violence.

According to the Southern Poverty Law Center, a non-profit organization that tracks hate groups and extremists, Deweese should hardly be considered a reliable source for such information. Deweese, SPLC reports, "has built a career of issuing scary warnings about Agenda 21, a completely voluntary United Nations set of principles for sustainable resource management. Where others see sensible environmental guidelines, DeWeese finds sinister land-grabbing socialist UN initiatives that threaten national sovereignty, private property rights and freedom, not to mention turning our children into one-world government zombies."

Nevertheless, a number of conspiratorial and right-wing websites ran with the story that antifa activists were renting buses in a plot to commit violence and make gun-rally attendees look bad, citing only Deweese's Facebook post as their source.

A single source, and unreliable one at that, taking to Facebook to post information he learned from an alleged unnamed source, can hardly be used as the foundation to make a legitimate claim that, if true, could have been a mass-casualty incident. Although hindsight is 20/20, no known buses full of undercover antifa brawlers materialized at the rally in Richmond, Virginia. We therefore rate this claim "False."