Was the Vietnam Memorial Vandalized with Graffiti?

A replica Vietnam Wall in Los Angeles was defaced by vandals in 2016, but the larger monument in Washington, D.C., was not. 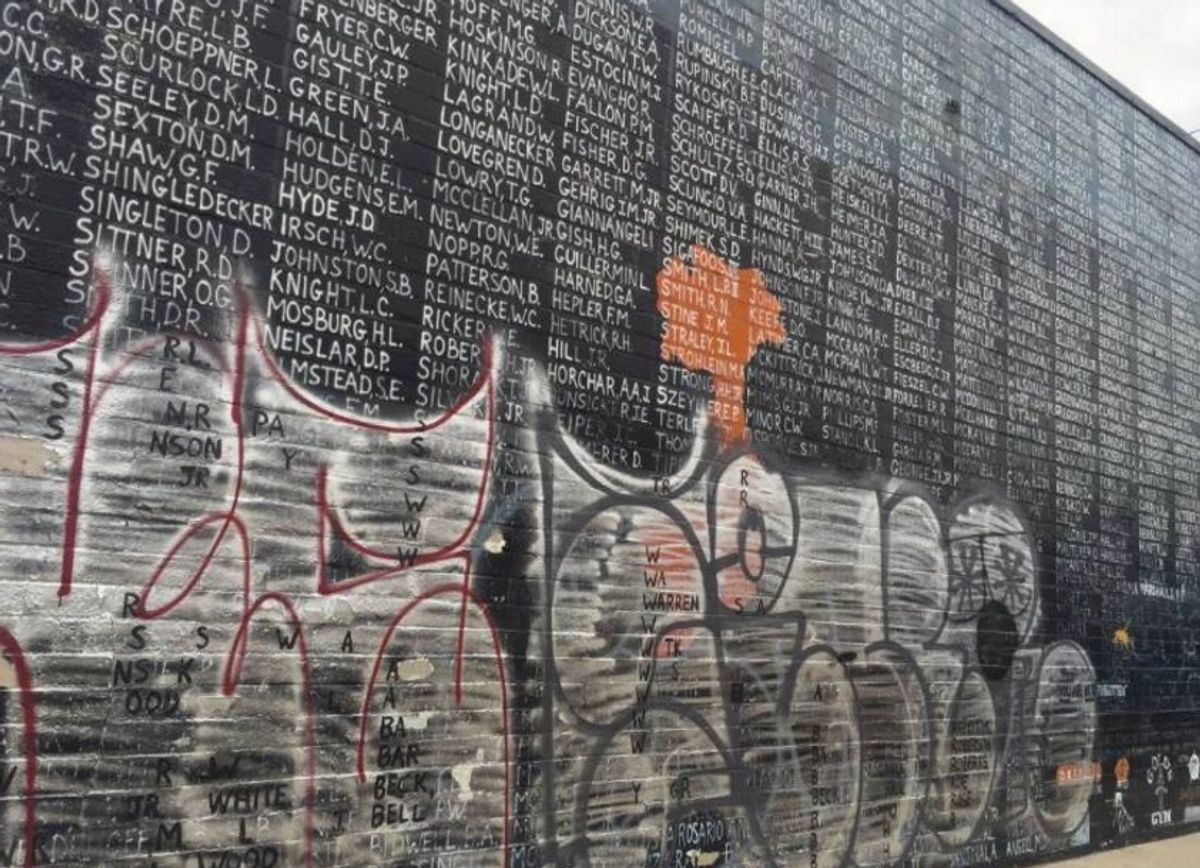 Claim:
The Vietnam Veterans Memorial was defaced with graffiti in 2016.
Rating:

A replica Vietnam wall in Los Angeles was defaced with graffiti in late May 2016.

The larger Vietnam Veterans Memorial Wall was not defaced at that time. The image was subsequently circulated widely across Facebook, with the descriptor "Vietnam Wall" leading many viewers to believe that the Vietnam Veterans Memorial in Washington, D.C. had been vandalized. However, the Associated Press published an article about the damage which noted that the defaced monument was a smaller replica painted (not engraved) on a wall in Los Angeles that had previously been the target of acts of vandalism:

The homespun memorial painted on a block-long wall on Pacific Avenue lists the names of American service members missing in action or unaccounted for in Southeast Asia. Painted by a Vietnam veteran and dedicated in 1992, it declares, "You are not forgotten."

The wall has been tagged previously but the latest vandalism covers the bottom half of the memorial for much of its length.

The Los Angeles Times also published an article on the subject that described the defaced memorial wall as a "mural":

Officials said that the damage from a graffiti attack on a veterans memorial in Venice was so extensive that it will take some time to restore the monument.

Volunteers removed much of the graffiti over the Memorial Day weekend but it appears more work will be necessary to fully restore the memorial.

The memorial is painted on the side of a Metro building.

“We were initially hopeful that the graffiti could be removed without damaging the memorial, but Metro's contractor says the damage is too extensive,” Metro CEO Phil Washington said in a statement. “Metro will work with the community to gather historical photos so the wall can be restored. In the meantime, Metro will cover the wall as a gesture of respect to the fallen whose names were covered by the graffiti."

Residents expressed outrage over the vandalism.

The replica Vietnam Wall in Los Angeles was painted by a veteran and dedicated in 1992. Restoration efforts (much of it performed by volunteer veterans) were undertaken immediately after the defacement, but local officials described the damage as extensive, and in the interim the wall was covered as a gesture of respect to the fallen.

Update: In spring 2020, amid nationwide demonstrations against police brutality following the death of George Floyd, an unarmed Black man, while under restraint by a white police officer, this image went viral again with the new (and false) claim that the memorial was vandalized by Black Lives Matter (BLM) protesters: