Image of 'Vietnam Vets' Is a Still From a Movie

A photograph purportedly showing a group of underappreciated Vietnam veterans is actually a frame from the comedy "Tropic Thunder." 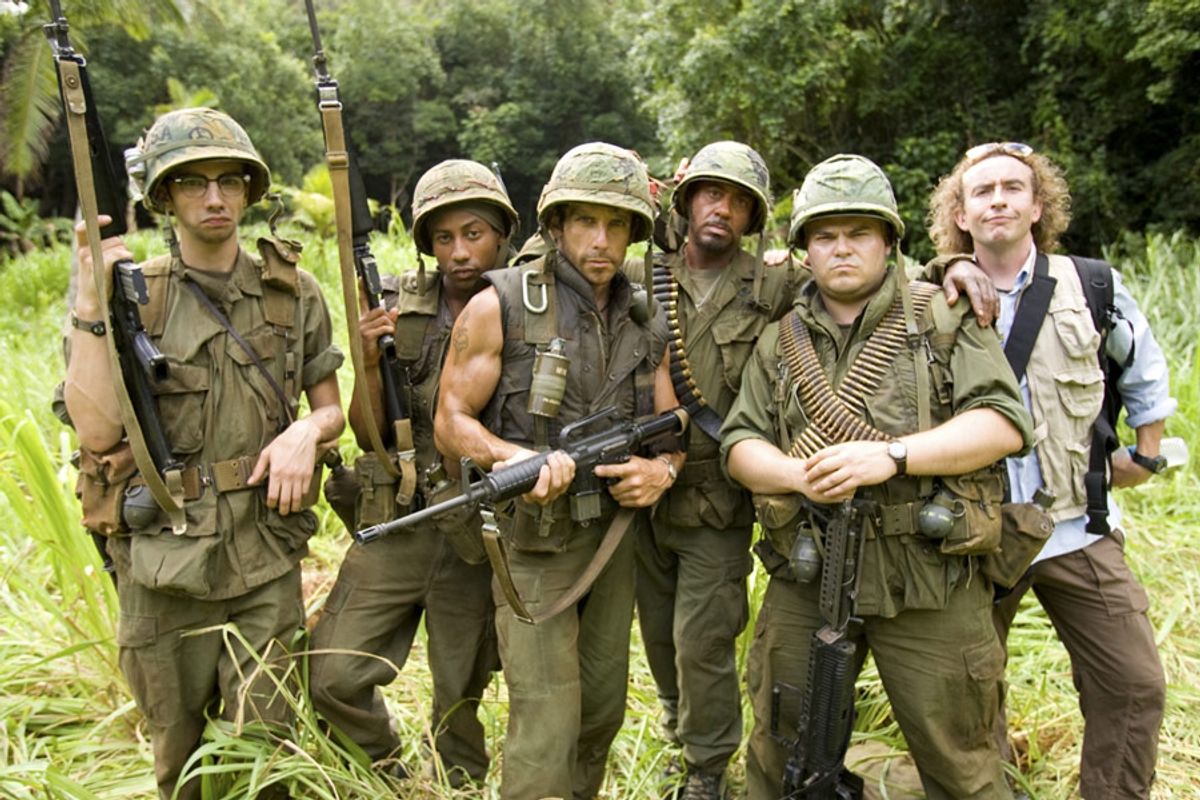 On 14 April 2016, an image purportedly showing a group of Vietnam combat veterans started circulating on Facebook: This is not a photograph of a group of Vietnam veterans, underappreciated or otherwise. This is a group of actors, including Robert Downey Jr., Jack Black, Jay Baruchel, Brandon T. Jackson and Ben Stiller, playing soldiers in the movie Tropic Thunder.

While it's probable that the above-displayed image was posted as a joke, many people unfamiliar with Tropic Thunder mistook it for an authentic image of Vietnam soldiers. It's also a good example of "like farming," which can be used for nefarious purposes:

When you like a page guilty of like-farming, the posts show up in your newsfeed. The goal of the page is to get as many likes as possible, because more likes equals more exposure. When you interact—simply clicking like on a photo of a puppy or kitten—your activity shows up in your friends' feeds. And then they spread it to their friends. At this point, the page is gaining traction in the Facebook algorithm and becoming more popular and visible...

... The big question is why? And there's a reason. Money. Have you noticed that once you see these pages you don't usually see them again? That's because they are sold, stripped and get a new name—but they already have all of these likes in place. Facebook doesn't allow this, but that doesn't mean it doesn't happen. Sadly, you are helping.

Even if this was a legitimate photograph of Vietnam combat veterans, it's unlikely that "liking" it on Facebook would do much to make them feel appreciated.