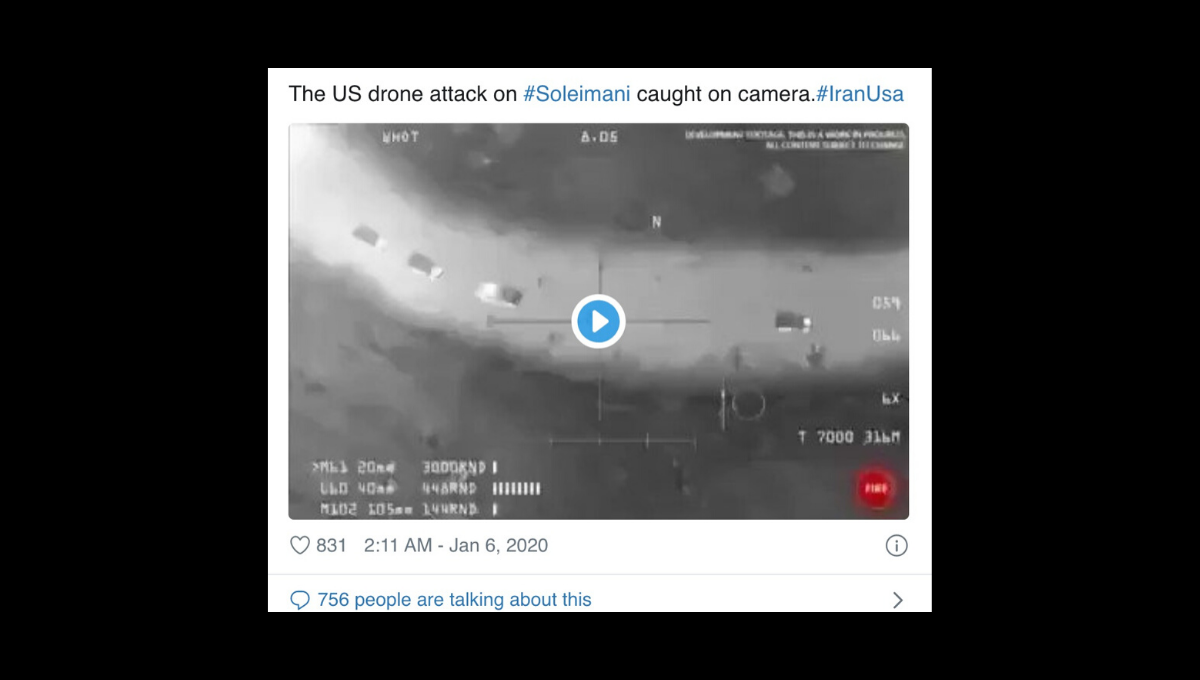 A few days after a U.S. drone killed Iran Gen. Qassem Soleimani in January 2020 in Baghdad, a video supposedly showing the attack started to circulate on social media. One version shared by a Twitter user racked up 50,000 views within a day of its initial posting:

This is not a genuine video of the drone attack on Soleimani but a clip from the mobile video game "AC-130 Gunship Simulator: Special Ops Squadron" from Byte Conveyor Studio.

Byte Conveyor Studio uploaded the official version of this clip to its YouTube page in March 2015 with the following caption:

During the Vietnam War, AC-130 Gunships flew air interdiction and armed reconnaissance missions over the Ho Chi Minh trail with the objective of disrupting the North Vietnamese supply lines.
The Gunship was extremely successful in that role, destroying tens of thousands of supply vehicles heading for the front lines.