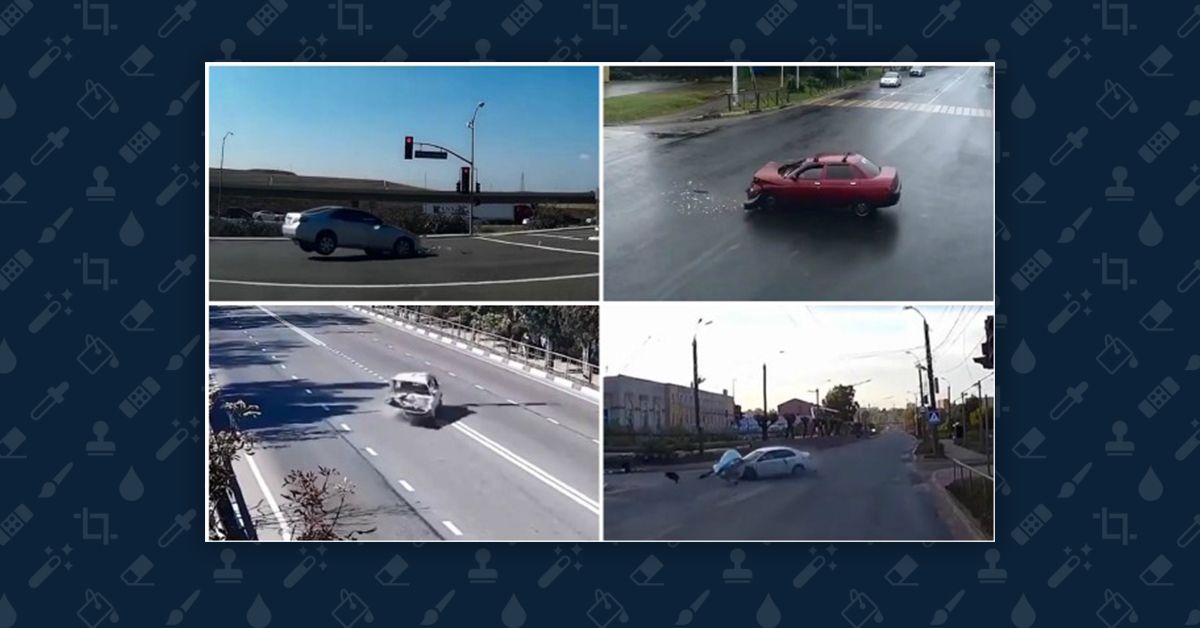 Claim:
A video shows a series of supernatural car accidents in which the vehicles can be seen crashing into nothing.
Rating:

A video (removed from YouTube) purportedly showing a series of car crashes involving a single vehicle colliding with an invisible force (a ghost car?) went viral on social media in July 2018:

The video has been shared under a variety of titles, such as "Bizzare and Unexplainable: 8 Car Accidents That Were Recorded by CCTV," "Unbelievable Supernatural Car Accidents Compilation," and "Ghost Crash." One iteration posted on the Facebook page "Hritesh Aggarwal" racked up nearly 10 million views in a week.

Here are a few stills from the video which appear to show these cars crashing into nothing but air: Although the cars in this video do give the appearance of crashing into "invisible ghost cars" or other unseen objects, there's a much more logical explanation: The collisions originally featured other vehicles which were erased from the video via digital editing.

The "GhostCrash" video does not document a series of paranormal car crashes. It is a work of creative digital editing concocted by Italian graphic artist Donato Sansone, who originally shared it to his Vimeo page in May 2018.