Despite their creepy reputation, vampire bats are highly social creatures. 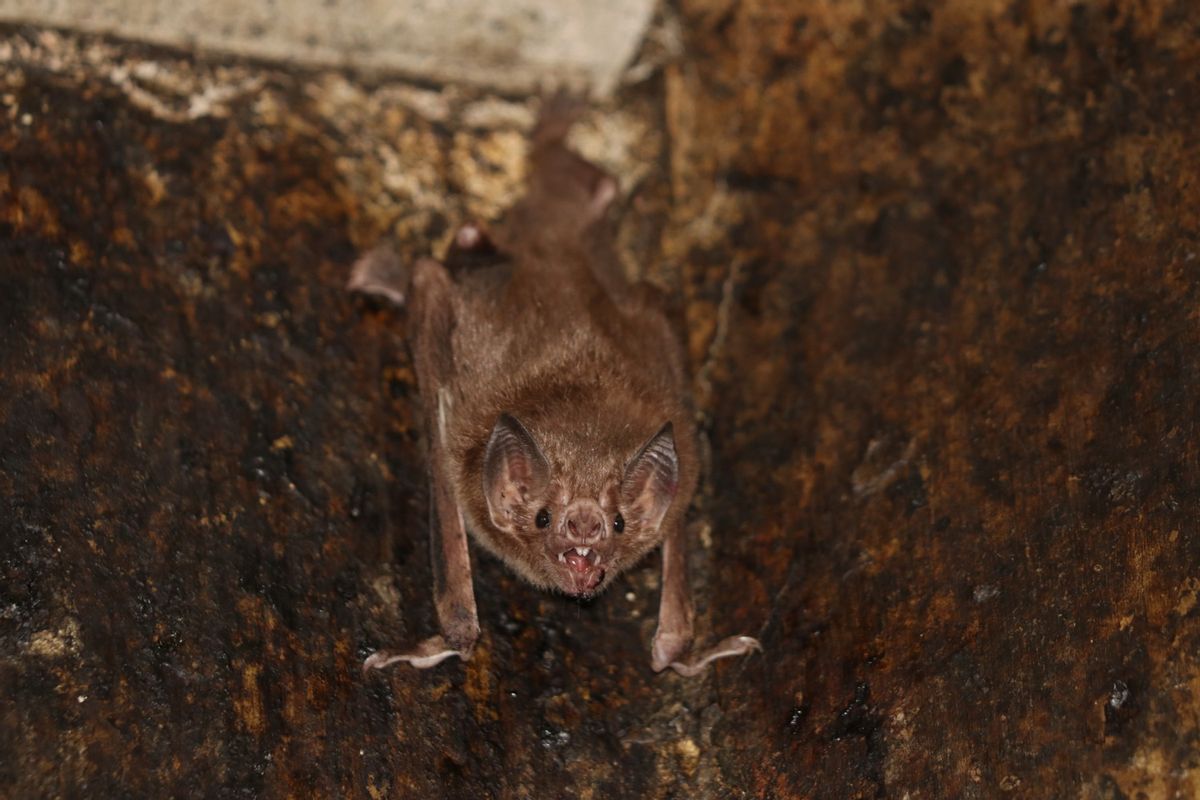 Claim:
A 2020 study showed that when some vampire bats feel sick, they practice “social distancing” from group mates in their roost.
Rating:

A study published in October 2020 showed that sick vampire bats interacted less with other bats in their group, a behavior that the authors say affects the rate of pathogen spread in the community much like "social distancing" in humans.

However, researchers describe this self-isolating behavior as "unintentional" and "sickness-induced," in contrast to social distancing in humans, which is often intentional and consciously preventative.

Despite their sometimes-nefarious reputation, vampire bats are highly social mammals that form strong, affectionate bonds with their colony mates. They may have also mastered the art of social distancing in times of disease outbreak.

Researchers say that understanding how other animals respond to disease outbreaks may help to inform our understanding of disease transmission and infection prevention in humans.

Individual social behaviors change as a pathogen spreads across a population. Some animals are known to self-isolate when they’ve become sick, like moribund ants who leave their nest to die in isolation, while others, like the honey bee, are exiled by their colony mates. Such behavior has been described as the first line of defense against parasites, bacteria, or viral infections. Social distancing, for example, may help or hinder a population’s ability to effectively respond to an outbreak.

To determine how individual vampire bats interacted with their colony mates when infected, researchers captured 32 female bats living in a hollow tree in Belize and injected each with a molecule called lipopolysaccharide (LPS) that induced an immune response to make the bats feel sick. Fifteen other bats from the same colony were given a placebo saline solution to serve as the study control. Each individual bat was equipped with a penny-sized “backpack” computer that measured how close a bat came to another bat every few seconds. Over the course of three days, scientists focused on how many bats the study subjects encountered, how much time they spent with others, and how well-connected they were to the social group. One of the tiny "backpack" computers worn by bats in the study. Image courtesy of Ohio State University.

The bats that were given a substance (LPS) spent less time near others and were overall less active with other bats in their roost when compared to the control bats living in their roost.

But it is important not to anthropomorphize the test subjects. Writing in the scientific journal Behavioral Ecology, the study authors noted that this unintended “social distancing” could be the result of what is known as “sickness behavior,” or the increased lethargy and sleep that comes with being sick. In short, it’s hard to be social when one is sleeping the day away.

There are, of course, limitations to the study. For example, the researchers did not document the spread of disease and though it was a wild group of bats, their “illness” was a product of human intervention. Furthermore, changes in behavior may depend on the pathogen. Some infections or parasites may make an individual more likely to engage with their groupmates, which increases the transmission rate of a particular pathogen and thus its success rate.

Regardless, the findings contribute to the broader scientific understanding of pathogenic spread within social groups and populations.

“Social distancing during the COVID-19 pandemic, when we feel fine, doesn’t feel particularly normal. But when we’re sick, it’s common to withdraw a bit and stay in bed longer because we’re exhausted. And that means we’re likely to have fewer social encounters,” said study co-author Simon Ripperger in a news release.

“That’s the same thing we were observing in this study: In the wild, vampire bats – which are highly social animals – keep their distance when they’re sick or living with sick groupmates. And it can be expected that they reduce the spread of disease as a result.”