The singer was accused of "making it rain" fake dollar bills with his face on them at a strip club. 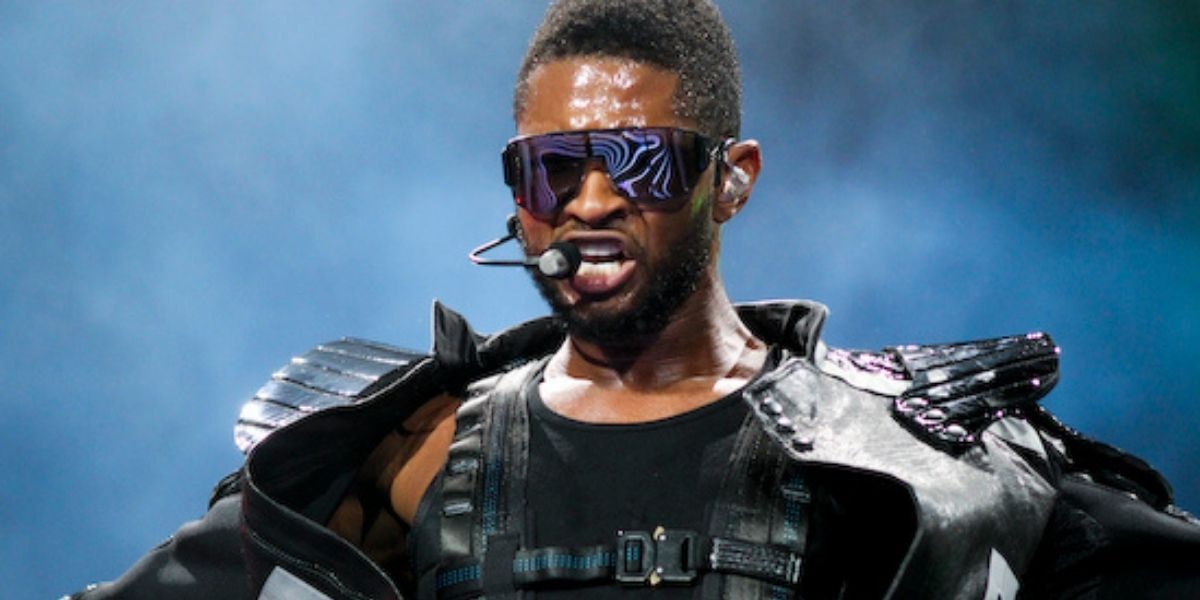 Claim:
Did Usher use fake money with his own face on it at a strip club?

In April 2021, a rumor started circulating on social media that R&B singer Usher was handing out fake dollar bills with his name on them at a strip club: This rumor was largely based on an Instagram post that showed a picture of some fake money (or "Ush Bucks") along with the text: "My GF posted this!!! I've never seen this level of fuckery!!!! Celebs most of the time they suck!!!!! Cheap ASF. So disrespectful, this is foul! Working so hard to get nothing in return! This is a joke! Their job is to entertain, take your cheap as back home!!!"

This post led to a number of questions, such as: Are these genuine images of "Ush Bucks"? If so, why does Usher have Ush Bucks? And if Usher really has Ush Bucks, did he really "make it rain" fake money at a strip club? We'll try to answer some of these questions below.

For starters, these images appear to show genuine pieces of fake currency that bear Usher's picture. While it's partly obscured in the above-displayed image, the "$1 bill" in this photo carries the word "Las Vegas Residency." The musician announced in September 2020 that he would be headlining a Las Vegas residency at the Colosseum at Caesars Palace starting July 16, 2021. With that date approaching, it appears that these Ush Bucks were made as a way to promote the upcoming shows.

On April 3, Usher posted a series of photographs to Instagram that showed him with a suitcase full of these fake dollar bills: Where Did This Rumor Originate?

When a rumor started circulating that Usher had handed out fake money at a strip club, many of the top posts were humorous in nature and it was difficult to tell if this claim originated as a joke by someone who found the idea of Usher using Ush Bucks at a strip club particularly funny. However, it appears that the original post comes from an Instagram account belonging to a Las Vegas dancer.

The image of these three "Ush Bucks" appears to have been originally posted to a private Instagram account, @b_fbabyy. When the image was picked up by the Shade Room, @b_fbabyy reposted the image to her public account, @beel0ove. The original posts were accompanied by a short question — "Ladies what would you do if you danced all night for Usher and he threw this??" — and a second text-only post that read "the money does not have a trade in value what so ever! LAMO don't y'all think he should be blasted on social media for this shit."

We don't have enough information to answer this question definitively yet. We can say that Usher truly has access to fake money with his name on it and that this accusation truly came from a dancer in Las Vegas. However, it should be noted that the original post contained a speculative question — "Ladies what would you do if you danced all night for Usher and he threw this??" — not a direct accusation.

Furthermore, TMZ reported that Usher spent thousands of dollars (of real money) during a visit to the Sapphire in Las Vegas. Some Usher Bucks ended up getting left behind, but the singer didn't attempt to pay for his drinks (or dances) with fake money.

For starters, this all happened at Sapphire in Vegas -- and a rep for the club tells TMZ Usher did NOT tip the strippers with this fake money, and actually dished out authentic greenbacks, while also going on to tip the staff at large quite generously.

We're told Usher and co. ended up spending thousands on the dancers (REAL thousands, mind you) and also enjoyed bottle service ... which he definitely didn't cover with these Usher bucks. It goes without saying ... Sapphire tells us they'd love to host him again, anytime.