Was Usher Successfully Sued for Giving a Woman Herpes?

A series of articles about the singer are high on sensationalism, but low on verifiable details. 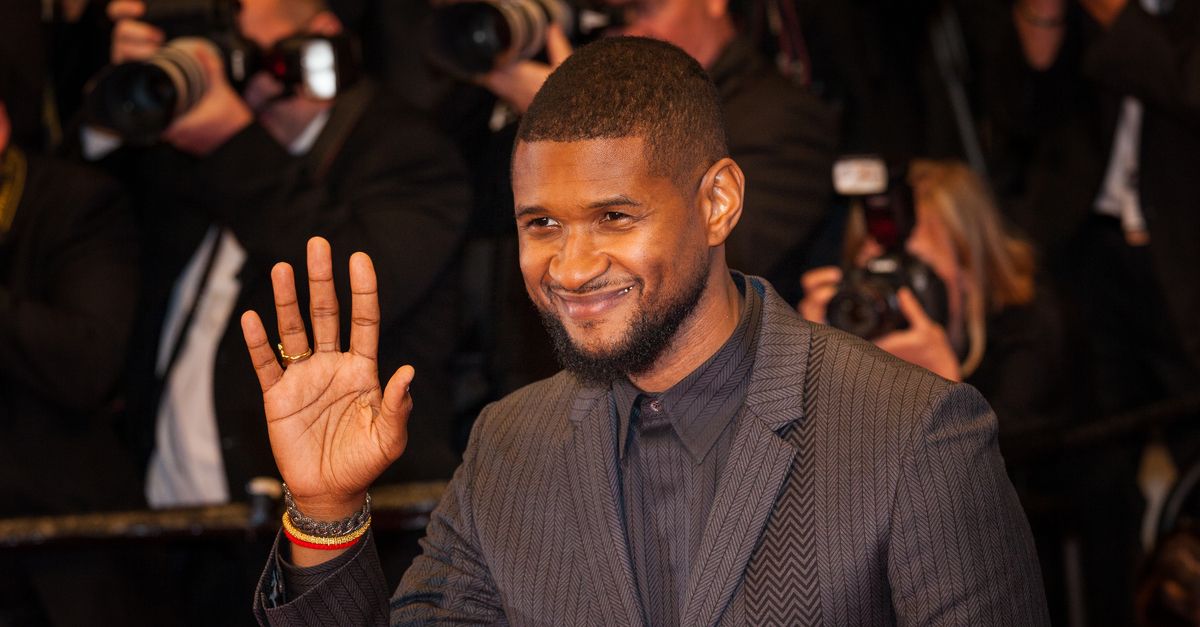 Claim:
In 2012, Usher paid $1.1 million to settle a lawsuit brought by a woman claiming he had knowingly infected her with herpes.
Rating:

Almost everything — but in particular, whether Usher has ever been sued by women claiming he knowingly infected them with herpes.

On 19 July 2017, entertainment and gossip web site Radar Online reported that musician and singer Usher had paid $1.1 million to a woman who had sued him, accusing him of knowingly infecting her with herpes:

An exclusive RadarOnline.com probe has blown the lid off the explosive revelation that a high-profile A-lister has settled a million-dollar lawsuit after infecting a sex partner with the incurable herpes virus! As part of the shocking exposé, Radar obtained a lawsuit between a celebrity stylist and 38-year-old singer Usher.

Legal documents detailed how the eight-time Grammy winner — whose real name is Usher Raymond IV — had rigorous unprotected sex without disclosing he was stricken with the rabid virus.

The article was cited in subsequent reports by Fox News, the New York Daily News and People magazine, among others.

The original stories link to what are presented as excerpts from court documents concerning a case that the web site claims was filed in the Los Angeles Superior Court. The article does not specify what kinds of documents the excerpts are from, although they are presented in the manner of a civil complaint.

We were also unable to find any civil lawsuit of this kind involving Usher, whose full legal name is Usher Raymond IV, despite a search of the Los Angeles Superior Court's online database and despite consulting with court staff. We were, however, able to find other (unrelated) cases involving the singer. Furthermore, the purported excerpts do not include a case number, jurisdiction, the names of attorneys, or the name of the presiding judge.

We contacted Radar Online and asked them to provide the case number of the lawsuit against Usher, which their article claims was settled with a $1.1 million payment in December 2012. We did not receive any response.

Two days after Radar Online's article appeared, the entertainment and gossip web site TMZ published its own story, claiming that Usher was being sued by a second woman alleging negligence, battery and emotional distress. According to a second report, this woman also claims to have contracted herpes after having sex with Usher and is demanding payment of $20 million.

TMZ claimed to have seen legal documents related to the case, but their articles do not mention the jurisdiction or court before which the lawsuit has purportedly been filed. We asked the web site for the case number, jurisdiction and court in question, but — as with Radar Online — we did not receive a response.

According to TMZ's first article, the woman's lawsuit claims that she and Usher had sex in Atlanta, Georgia and New Orleans, Louisiana. We could not find any relevant lawsuit in the database of the Fulton County, Georgia Superior Court, and no one from the Orleans Parish Civil District Court was able to find any such lawsuit relating to New Orleans.

We also sent a list of questions to Usher's record label, his agents at William Morris Endeavor Entertainment, and an attorney who has represented the singer in other legal matters over the years, including earlier in 2017. We did not receive a response from any of them.

We could not find a civil case of the type described by Radar Online involving Usher and before the California Superior Court in Los Angeles. The purported excerpts from court documents they have published lack important details and are so scant that we cannot verify their authenticity. Nor could we find a civil case of the kind described by TMZ in the databases of the two most likely courts to be hearing such a case.

And despite our best efforts, we have not heard Usher's side of the story; we are, therefore, unable to say whether or not the claims published by Radar Online and TMZ are true.