Right-leaning websites celebrated the findings of a February 2020 report by the International Energy Agency. 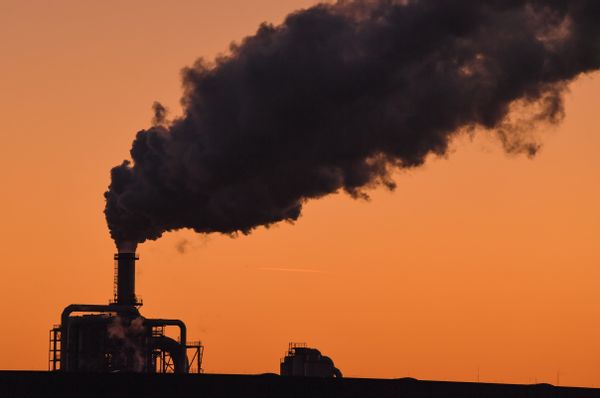 According to International Energy Agency data, the United States achieved the largest absolute reduction in carbon dioxide emissions of any country in 2019.

It is misleading to say the U.S. “led the world” or was “the global leader” in reducing emissions in 2019, because the U.S. reduced its CO2 emissions by a rate of just 2.9% while other countries and regions fared better.

In February 2020, we received multiple inquiries from readers about the veracity of articles which claimed that the United States had "led the entire world" in reducing carbon dioxide emissions that, along with other greenhouse gases like methane, contribute significantly to global warming.

On Feb. 13, the right-leaning website The Daily Wire published an article with the headline "United States Led Entire World in Reducing CO2 Emissions in 2019." That piece reported as follows:

"The United States led the entire world in reducing CO2 emissions last year while also experiencing solid economic growth, according to a newly released report. 'The United States saw the largest decline in energy-related CO2 emissions in 2019 on a country basis – a fall of 140 Mt, or 2.9%, to 4.8 Gt,' The International Energy Agency (IEA) reported on Tuesday. 'US emissions are now down almost 1 Gt from their peak in the year 2000, the largest absolute decline by any country over that period.'”

On the same day, the right-leaning website Breitbart published a similar article with the headline "Report: U.S. the Global Leader for Reducing CO2 Emissions in 2019," writing:

"The United States led the world in tackling CO2 emissions last year while combining that singular success with solid economic growth, a new report reveals. It has also been confirmed while the U.S. was hitting its climate goals, at the same time '80 percent of the increase in CO2 emissions came from Asia and that China and India both contributed significantly' to global increases."

On Feb. 11, the right-leaning Washington Examiner wrote that "U.S. emissions fell 2.9%, or by 140 million tons, continuing the trend of the United States leading the world in total emissions decline since 2000." That prompted Sen. Ted Cruz, R-Texas, to tweet:

"FACT you will NEVER see on the 6 o’clock news: U.S. emissions FELL 2.9%, or by 140 million tons, continuing the trend of the United States LEADING THE WORLD IN TOTAL EMISSIONS DECLINE since 2000." Based on the data contained in the International Energy Agency's (IEA) February 2020 report, it would be accurate to say that in 2019 the U.S. had the largest year-on-year reduction in carbon dioxide emissions of any country, in absolute terms.

However, claiming — as The Daily Wire and Breitbart did — that the U.S. had "led the world" or was "the global leader" in reducing emissions that year, risked giving readers the mistaken impression that the U.S. had performed better than any country when it came to reducing CO2 emissions. This was not the case, because the U.S. reduced its CO2 emissions by just 2.9%, while other countries and regions fared better. Germany, for example, achieved a year-on-year reduction of 8% in its CO2 emissions.

The source of the aforementioned claims was the IEA Feb. 11 data release entitled "Global CO2 Emissions in 2019." The IEA told Snopes that a more detailed, country-by-country breakdown of emissions data was not yet available, but would be published in March. However, some country- and region-specific details were already clear.

According to the report, the overall global trend was as follows:

"Global energy-related CO2 emissions flattened in 2019 at around 33 gigatonnes (Gt), following two years of increases. This resulted mainly from a sharp decline in CO2 emissions from the power sector in advanced economies, thanks to the expanding role of renewable sources (mainly wind and solar PV), fuel switching from coal to natural gas, and higher nuclear power output."

Although advanced economies (a category that includes the U.S., the European Union, Australia, Japan, Canada, and others) experienced positive economic growth in 2019, energy-related CO2 emissions also fell, on average, in those countries and regions.

The IEA report added that:

"US emissions are now down almost 1 Gt from their peak in the year 2000, the largest absolute decline by any country over that period. A 15% reduction in the use of coal for power generation underpinned the decline in overall US emissions in 2019. Coal-fired power plants faced even stronger competition from natural gas-fired generation, with benchmark gas prices an average of 45% lower than 2018 levels. As a result, gas increased its share in electricity generation to a record high of 37%. Overall electricity demand declined because demand for air-conditioning and heating was lower as a result of milder summer and winter weather."

The large absolute reduction in CO2 emissions in the United States in 2019 is in part a function of the sheer volume of CO2 produced there (which is in part determined by the large size of the U.S. economy). By contrast, its rate of emissions reduction was not as significant as that achieved in other countries and regions. For example, the IEA report explained that Germany achieved a year-on-year reduction in CO2 emissions of 8%, while Japan's emissions fell by 4.3% — significantly greater rates of decline than the 2.9% achieved in the U.S.

Despite having an overall CO2 output that is almost 40% smaller than that of the United States (2.9 Gt vs 4.8 Gt), the European Union still managed to achieve a greater absolute reduction in emissions than the U.S. in 2019 (160 Mt vs 140 Mt). That was because emissions fell at a significantly greater rate in the EU than in the U.S. (5% versus 2.9%).

As such, we're issuing a rating of "Mixture."

The National Aeronautics and Space Administration.   "The Causes of Climate Change."     Accessed 19 February 2020.