Did Ukraine Donate More Than Any Country to the Clinton Foundation?

A meme circulating on social media was posted amid impeachment proceedings against U.S. President Donald Trump. 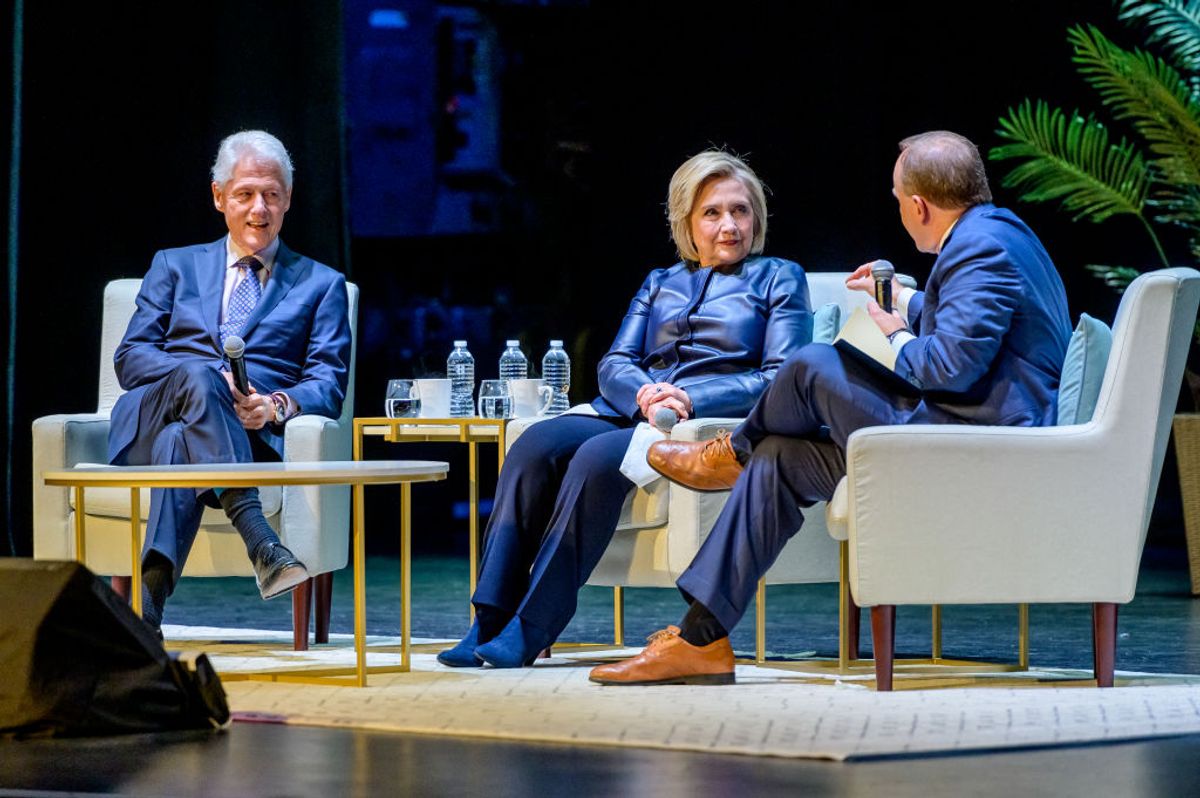 Claim:
Ukraine donated more money than any other country to the Clinton Foundation.
Rating:

In October 2019, social media personality and conspiracy theorist Dylan Wheeler, who goes by "Educating Liberals" online, posted a tweet in which he inaccurately reported that "Ukraine donated more money to the Clinton Foundation than any other foreign country." As we previously reported about that meme, the adult children of U.S. House Speaker Nancy Pelosi, former Secretary of State John Kerry, and U.S. Sen. Mitt Romney, R-Utah, do not work for Ukrainian gas companies. Former Vice President Joe Biden's son Hunter did serve on the board of Burisma, a Ukrainian energy company, but has not been accused of criminal conduct in connection with that position.

As to the first claim in the tweet, that from 1999 to 2014, "Ukraine donated more money to the Clinton Foundation than [did] any other foreign country," the source is an October 2019 story posted by the right-leaning website Lifezette, headlined "Ukraine Donated the Most Cash of Any Country to the Clinton Foundation." But the headline is misleading and not supported by the story itself.

The Lifezette story reported Ukraine donated "a whopping $10 million to the Clinton Foundation" but cites a chart published by The Wall Street Journal in March 2015 for that information. The chart doesn't record the amount of money donated by Ukraine government but rather the amount donated by individual donors by nationality. The Wall Street Journal story itself reported that the Clinton Foundation received millions of dollars in donations from individuals with ties to their respective governments, with the top donor in that time period being the charitable foundation of a former Ukraine parliamentarian:

Between 2009 and 2013, including when Mrs. Clinton was secretary of state, the Clinton Foundation received at least $8.6 million from the Victor Pinchuk Foundation, according to that foundation, which is based in Kiev, Ukraine. It was created by Mr. Pinchuk, whose fortune stems from a pipe-making company. He served two terms as an elected member of the Ukrainian Parliament and is a proponent of closer ties between Ukraine and the European Union.

Mr. Pinchuk and his wife — the daughter of former Ukraine President Leonid Kuchma — began donating to Clinton charities in 2006 after being introduced to Mr. Clinton by Doug Schoen, a pollster who has worked for both Clintons.

In 2008, Mr. Pinchuk made a five-year, $29 million commitment to the Clinton Global Initiative, a wing of the foundation that coordinates charitable projects and funding for them but doesn’t handle the money. The pledge was to fund a program to train future Ukrainian leaders and professionals “to modernize Ukraine,” according to the Clinton Foundation. Several alumni are current members of the Ukrainian Parliament. Actual donations so far amount to only $1.8 million, a Pinchuk foundation spokesman said, citing the impact of the 2008 financial crisis.

Although the tweet from Educating Liberals did accurately note the time frame in which $10 million in donations to the Clinton Foundation were made by Ukrainian nationals, it left out important context from the 2015 news report published by The Wall Street Journal. That omission left the impression that the country of Ukraine, i.e. its federal government, donated $10 million to the Clinton Foundation.

The tweet from Educating Liberals was posted amid impeachment proceedings against Trump, which are based on allegations that he attempted to extort the Ukrainian president by withholding crucial military aid in order to acquire dirt from Ukraine on a political opponent. The tweet appeared to be an attempt to give the impression that Trump's political opponents have engaged in an equivalent quid pro quo scheme.