Are Two-Headed Sharks Terrorizing the Ocean?

A number of outlets reported on the discovery of a two-headed shark fetus by sharing doctored images of fully-grown sharks with two heads. 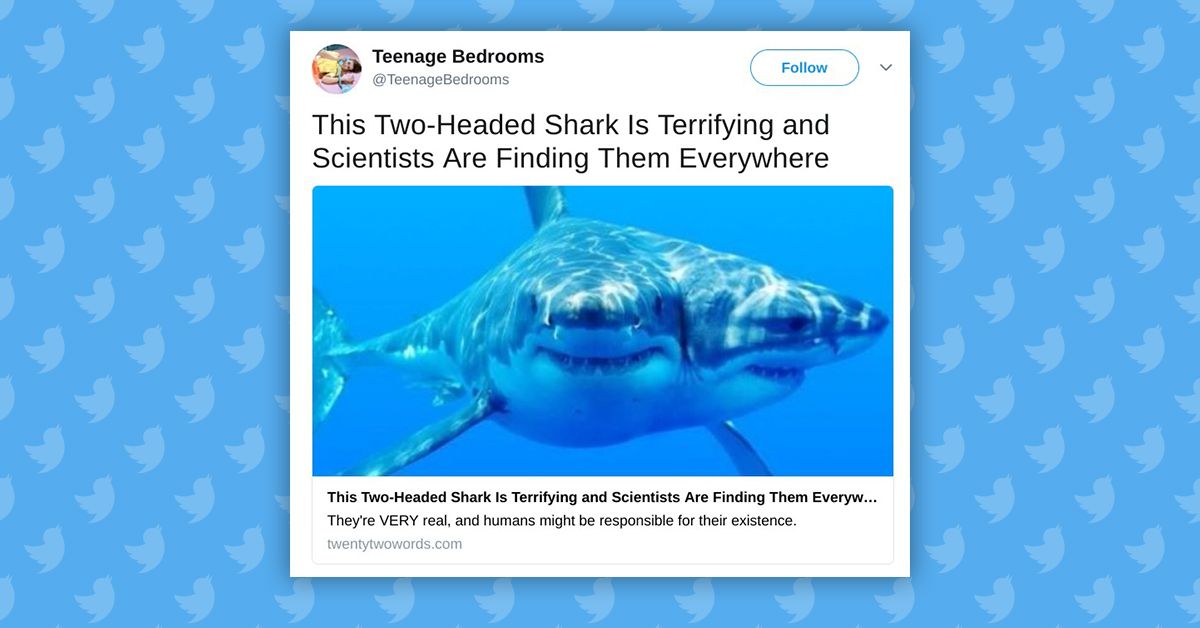 Researchers have found two-headed shark embryos in various parts of the world.

In November 2016, National Geographic published an article about how marine biologists had encountered a number of two-headed shark embryos over the years. When this news was aggregated and regurgitated by clickbait blogs, it was shared with images of terrifying, fully-grown double-headed sharks: A second image purportedly showing a two-headed shark was shared in the body of the article: Neither of these depictions are genuine.

The first image was created by manipulating a photograph of a one-headed shark:

The second image was taken from a campy horror movie that was titled aptly (if not particularly imaginatively) 2-Headed Shark Attack. The 2012 movie starred Carmen Electra and Brooke Hogan, and was not an accurate portrayal of marine life. The movie's monster can be glimpsed at the 48-second mark of the following video (but be prepared for major campiness and tiny bikinis): This is also a digital creation, not a genuine picture of a shark with six heads.