Greene has a history of making incendiary remarks that push conspiracy theories. 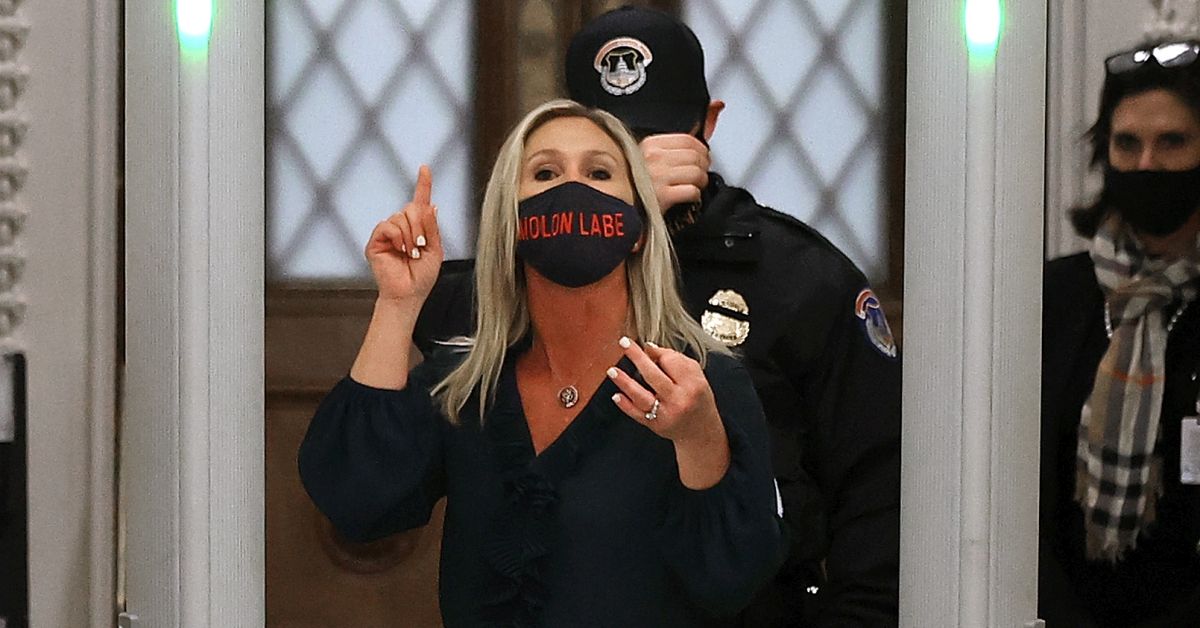 Claim:
Twitter suspended the account of U.S. Rep. Marjorie Taylor Greene, a Republican from Georgia, after she made erroneous claims regarding election fraud in a video clip.
Rating:

The Twitter account of U.S. Congresswoman Marjorie Taylor Greene was temporarily suspended for 12 hours after the Georgia Republican pushed erroneous claims about election fraud on the social media platform.

In an email to Snopes, a Twitter spokesperson said that Greene’s account “was temporarily locked out for multiple violations of our civic integrity policy.” The social media platform did not confirm what post prompted the suspension, and our request for comment to Greene’s campaign went unanswered.

The businesswoman won Georgia’s 14th Congressional District in August 2020 following controversy over a series of racist comments she made in videos. At the time, some GOP officials denounced her campaign, but her extreme views have awarded the far-right QAnon supporter tens of thousands of followers on social media, and a personal nod from U.S. President Donald Trump.

CBS News reported that on Jan. 17, 2021, Greene posted a video from an interview with a local news station 11 Alive that reportedly made erroneous claims about Georgia and its election while furthering already debunked allegations that voting machines and absentee ballots resulted in voter fraud. The tweeted video, which has been archived here, was still available on the platform, but because the claim of election fraud was disputed, it could no longer be replied to, retweeted, or liked due to a "risk of violence."

The video in question was posted at 11:46 a.m. EST on Jan. 17, and Greene's account was suspended shortly thereafter. The account was reinstated the following morning on Jan. 18.

An excerpt from the statement from Cioffi read:

“Just days after the Silicon Valley Cartel launched a multi-front attack to chill free speech in America by deplatforming [sic] President Donald Trump and purging an unknown number of conservatives, Twitter has decided to suspend my personal account without explanation,” the statement read.

“The borderline monopolistic stranglehold a few Big Tech companies have on the American political discourse is out of control,” Greene continued in her statement. “If a conservative dares to utter a political opinion that is deemed unapproved by the internet police they are now subject to false accusations of ‘inciting violence’ simply for having an conservative [sic] view.”

Greene called on Congress to “act and act swiftly” to protect free speech in America, adding that conservative voices “literally can’t be heard” with “Big Tech silencing them.”

In the wake of the Jan. 6 insurrection at the U.S. Capitol in the District of Columbia, Twitter announced updates to its policies regarding coordinated harmful activities and misinformation. These new measures were meant to halt the spread of false claims that the election was stolen following Congress’ certification of the results.