Was Twins-Red Sox Game Postponed Due to 'Potential Riot' Over Daunte Wright's Killing?

The Minnesota Twins issued a statement about the reason for the game postponement. 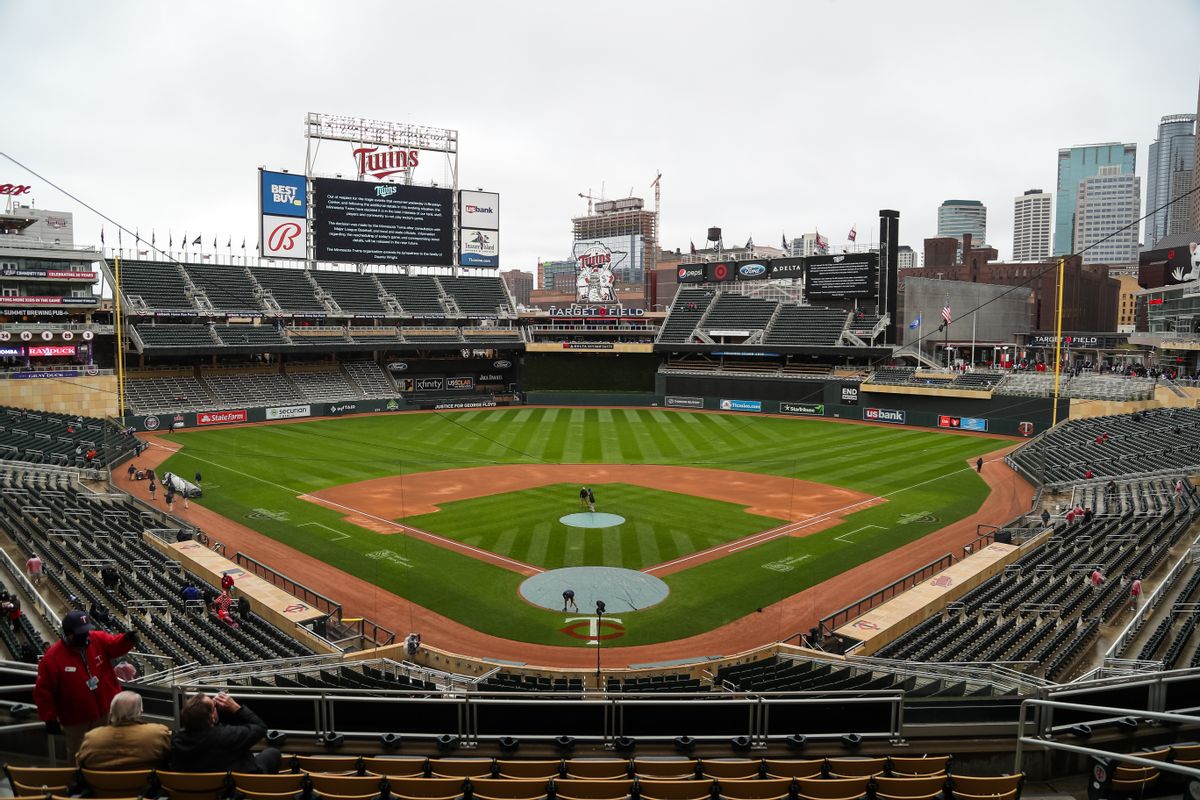 Claim:
A Twins-Red Sox game was postponed due to potential rioting after Daunte Wright was killed by a police officer in Brooklyn Center, Minnesota.
Rating:

The Minnesota Twins did postpone a series opener game with the Boston Red Sox at Target Field in Minneapolis, but concerns over safety or rioting were not cited by the team as the reason for the postponement.

For the second time in less than one year, Minnesotans protested the police killing of a Black man. Daunte Wright, 20, was shot by police after a traffic stop on April 11, 2021, in Brooklyn Center, a city northwest of Minneapolis.

Wright's death came nearly one year after the death of George Floyd, a Black man whose in-custody death touched off massive nationwide Black Lives Matter protests in the spring and summer of 2020. And in the aftermath of Wright's killing, demonstrators again took to the streets in Brooklyn Center.

Amid the fallout of Wright's death and public outcry over it, the Minnesota Twins baseball team announced it would postpone a scheduled game against the Boston Red Sox, a series opener set for April 12. Some news outlets covered this breaking news by reporting that the game was canceled out of safety concerns, namely the potential for a "riot."

The tweet above by Jon Heyman, an MLB Network reporter, prompted backlash on social media because, although the Twins did release a statement announcing the game was postponed, the team did not say it was because of curfew or potential for a riot. When pressed on Twitter, Heyman responded by stating he was given that information before posting the tweet, although he didn't cite a source.

The Associated Press also reported that the game was canceled due to "safety concerns."

It's true that the Twins postponed the game at Target Field because of Wright's death. However, neither a statement from the Twins nor a news release from Major League Baseball (MLB) noted safety concerns as the reason for the game's cancellation.

The Twins said the game was postponed out of "respect for the tragic events that occurred yesterday in Brooklyn Center," while extending sympathy for Wright family:

A news release posted to MLB's website acknowledged that the killing of Wright by police sparked "unrest" in Brooklyn Center and the Twin Cities, but did not state that was why the game was postponed.

Derek Chauvin, a former Minneapolis police officer, faces murder charges in the death of Floyd and is currently on trial at the time of this writing, a point of context also cited in the MLB.com post.