Does TSA Allow 'Illegal Immigrants' To Use Arrest Warrants as ID?

The TSA is rewarding “criminal behavior,” according to some commentators. 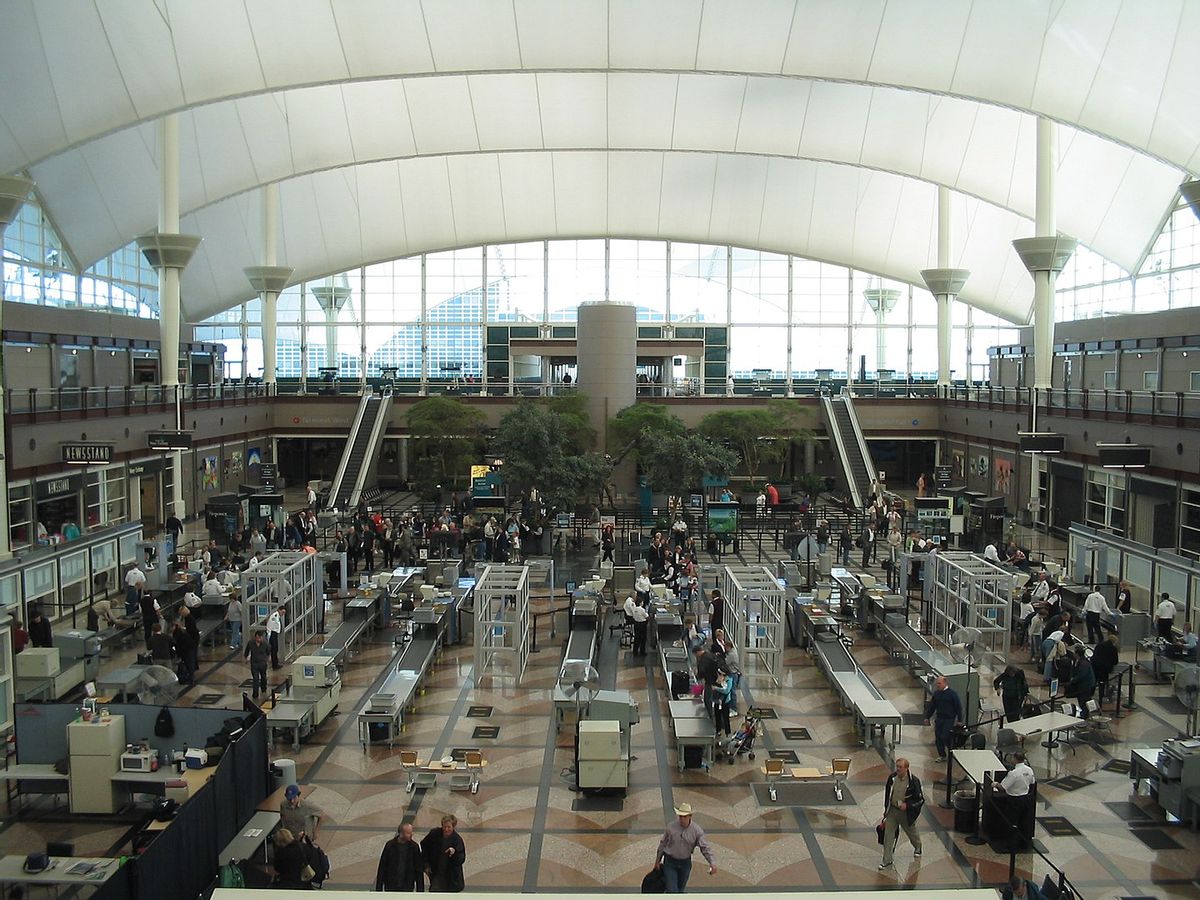 Claim:
The Transportation Administration Authority (TSA) allows immigrants living in the U.S. without authorization to use arrest warrants as government-issued identification at airport checkpoints.
Rating:

The TSA does allow immigrants to travel with civil immigration violation documents, including Immigration and Customs Enforcement (ICE) form I-200, the “Warrant for Arrest of Alien,” as forms of ID. However…

These forms are not criminal arrest warrants signed by a judge; rather, they are issued by immigration authorities for civil violations. The TSA has stated that carrying such documents does not indicate that the traveler is a threat to public safety or homeland security.

Republican U.S. senators have taken action against a reported allowance by the Transportation Security Administration (TSA), that permits travelers residing the U.S. illegally to use civil arrest warrants as a form of identification to board a plane.

In February 2022, Sen. Rob Portman of Ohio and Sen. Ron Johnson of Wisconsin introduced legislation to prevent the TSA from allowing this form of identification. The bill, titled “Prohibiting the Use of Arrest Warrants for Identification at Security Check-points Act of 2022,” calls for the prohibition of the use of a number of specific documents as identification, including U.S. Immigration and Customs Enforcement (ICE) Form I–200 (Warrant for Arrest of Alien), and ICE Form I–205 (Warrant of Removal/Deportation).

Snopes reached out to Johnson’s office, which sent us an exchange between Rep. Lance Gooden, R-Texas, and the TSA in which the latter shared a detailed document listing permissible items of identification: “... in coordination with Department of Homeland Security (DHS) counterparts, TSA established a process where it will accept certain DHS-issued forms for non-citizens and non-U.S. nationals who do not otherwise have acceptable forms of ID for presentation at security checkpoints.”

In a list on page 3, the TSA acknowledges the following forms are acceptable at checkpoints:

Johnson has described this practice as allowing “known criminals” to fly on U.S. aircrafts, and as a threat to homeland security. An article on the Fox News website by Rep. Roger Williams, R-Texas, with the headline “Biden’s TSA rewards criminal behavior by giving illegal immigrants freedom to fly,” added: “According to TSA, over 44,000 illegal aliens’ arrest warrants were validated as acceptable ID at U.S. airports between January to October 2021.”

The TSA's letter to Gooden did confirm that they validated the DHS-issued documentation of 44,957 passengers from Jan. 1, 2021 to Oct. 31, 2021. However, describing the acceptance of these documents as "rewarding criminal behavior" misrepresents the actual status of these otherwise undocumented travelers.

While these forms are indeed arrest warrants, they are not the same kind of arrest warrant issued in criminal cases. A TSA spokesperson released the following statement differentiating these documents (emphasis ours):

To confirm the identity of an individual and ensure they are not on the no-fly list or pose a known threat to public safety or national security, TSA verifies the identity of every traveler before they are permitted to enter the secure area of an airport. Noncitizens without a standard form of identification may instead present certain DHS-issued forms to a TSA officer. These forms are civil immigration violation documents, do not include criminal arrest warrants, and are not indicative of a threat to public safety or national security. TSA confirms the identity of the individual by verifying the personally identifiable information found on these forms using DHS’s CBP One™ Mobile Application.

The American Immigration Council, a nonprofit advocacy group, confirms that these immigration violations are civil, not criminal infractions:

Physical presence in the United States without proper authorization is a civil violation, rather than a criminal offense. This means that the Department of Homeland Security (DHS) can place a person in removal (deportation) proceedings and can require payment of a fine, but the federal government cannot charge the person with a criminal offense unless they have previously been ordered deported and reentered in violation of that deportation order. Likewise, a person who enters the United States on a valid visa and stays longer than permitted may be put in removal proceedings but cannot face federal criminal charges based solely on this civil infraction. Those who enter or reenter the United States without permission, however, can face criminal charges.

The I-200 and I-205, according to the American Civil Liberties Union (ACLU), are not signed by a judge, as would be typical in the case of a criminal arrest warrant:

Forms I-200 and I-205 are not judicial warrants but are instead signed by ICE agents, and they do not supply any additional authority to hold a person on a detainer, because, as the forms themselves state, only federal immigration officers can execute an I-200 or I-205. These forms also do not absolve the local arresting officers of liability under the Fourth Amendment for an illegal arrest or detention.

ICE is required to attach these forms to any request to hold a person who has violated U.S. immigration and visa policies.

Furthermore, according to PolitiFact, the TSA has allowed these same forms to be accepted for identification purposes since 2019.

While the TSA is allowing the aforementioned forms as identification at checkpoints, they are not arrest warrants as commonly understood -- i.e., they are not issued for criminal behavior, nor are they signed by a judge. We thus rate this claim as a “Mixture.”

"Immigrants Who Are Known Criminals Are Not Using an Arrest Warrant to Fly on U.S. Aircraft.” Politifact, 4 Mar. 2022, https://www.politifact.com/factchecks/2022/mar/04/ron-johnson/immigrants-who-are-known-criminals-are-not-using-a/. Accessed 16 Mar. 2022.

“Prosecuting People for Coming to the United States.” American Immigration Council, 1 May 2018, https://www.americanimmigrationcouncil.org/research/immigration-prosecutions. Accessed on 16 March, 2022.