Does This Video Show Trump's Hair Blowing in the Wind?

Much ado was made on social media about the President's hair after a video aired of his boarding Air Force One on a windy day. 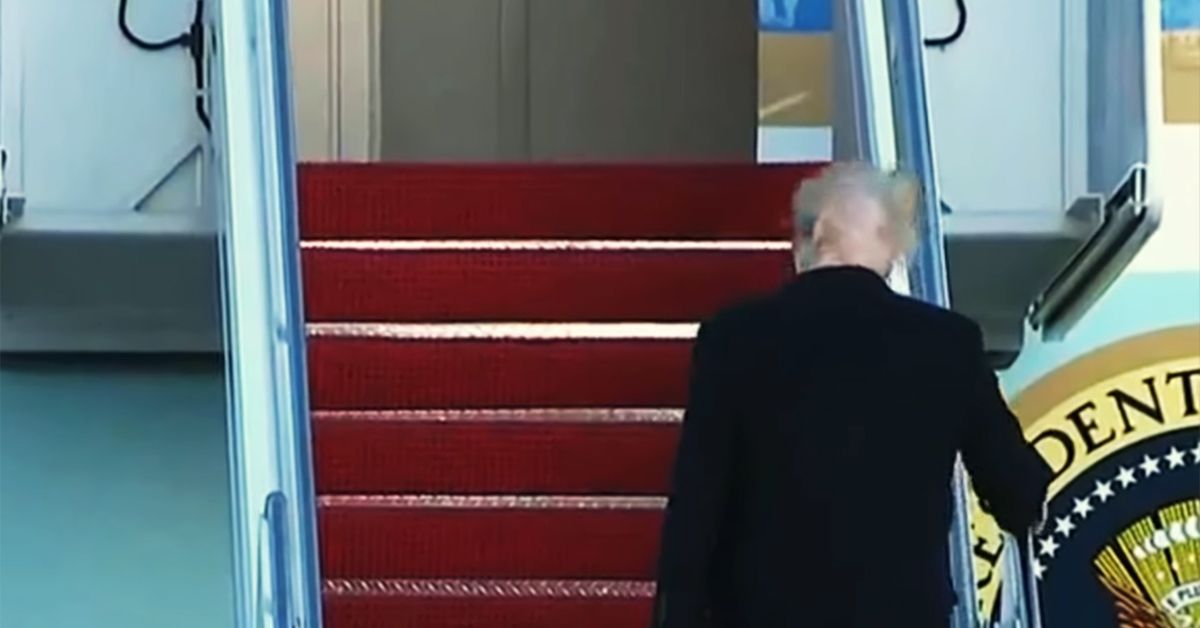 Toupee, or not toupee?

Much ado has been made about President Trump's unique hair over the years. He has often stated that he has a full head of hair, a trait that has been tested by various journalists and talk show hosts, but critics have repeatedly accused the commander-in-chief of dabbling in some sort of follicle fakery.

As president, this is probably the least important thing about him. Nor does the intense focus on Trump's appearance speak particularly well of his critics. Yet, these toupee truthers took to Twitter with a supposed damning piece of evidence in early February 2018 when a video purportedly showing the President's hair, or wig, getting tossed around in the wind was posted online:

This isn't the first time that Trump's hair has been pushed into odd positions on film. In fact, Vanity Fair collected a series of photographs showing the seemingly ongoing battle between Donald Trump's hair and the wind. Still, some viewers were convinced that the above-displayed footage had been doctored: "First let me say that I do not like anything about #45. But this video is all over Facebook, and it doesn't look right. It looks like the hair has been altered. It doesn't look real. Can you please look into this?"

This video is real. It is a cropped version of footage showing President Trump boarding Air Force One on 2 February 2018 before departing for Florida. An uncropped version of was uploaded to Youtube by the account "Channel 90 Second Newscom." According to another video uploaded by YouTube user Rshill7, the clip also appeared on the Fox News show Cavuto Live:

We confirmed via TV Eyes that this clip truly did appear on Fox News. The Guardian also uploaded a similar clip of President Trump boarding Air Force One:

Finally, Getty Images captured a few photographs of the wind tossing around Trump's hair as he boarded Air Force One. You can view official copies of the Getty Images photographs here, or check out the images in the tweet below:

This video is real. However, it isn't clear exactly what it shows. Many have floated theories -- and even done "investigations" -- about Donald Trump's hair, but we aren't certain if he uses a wig, had hair implants, or if this is simply the naturally thinning hair of a 71-year-old man.