White House Press Secretary Kayleigh McEnany told reporters Trump had commemorated World AIDS Day "in a way that no president has before." Really? 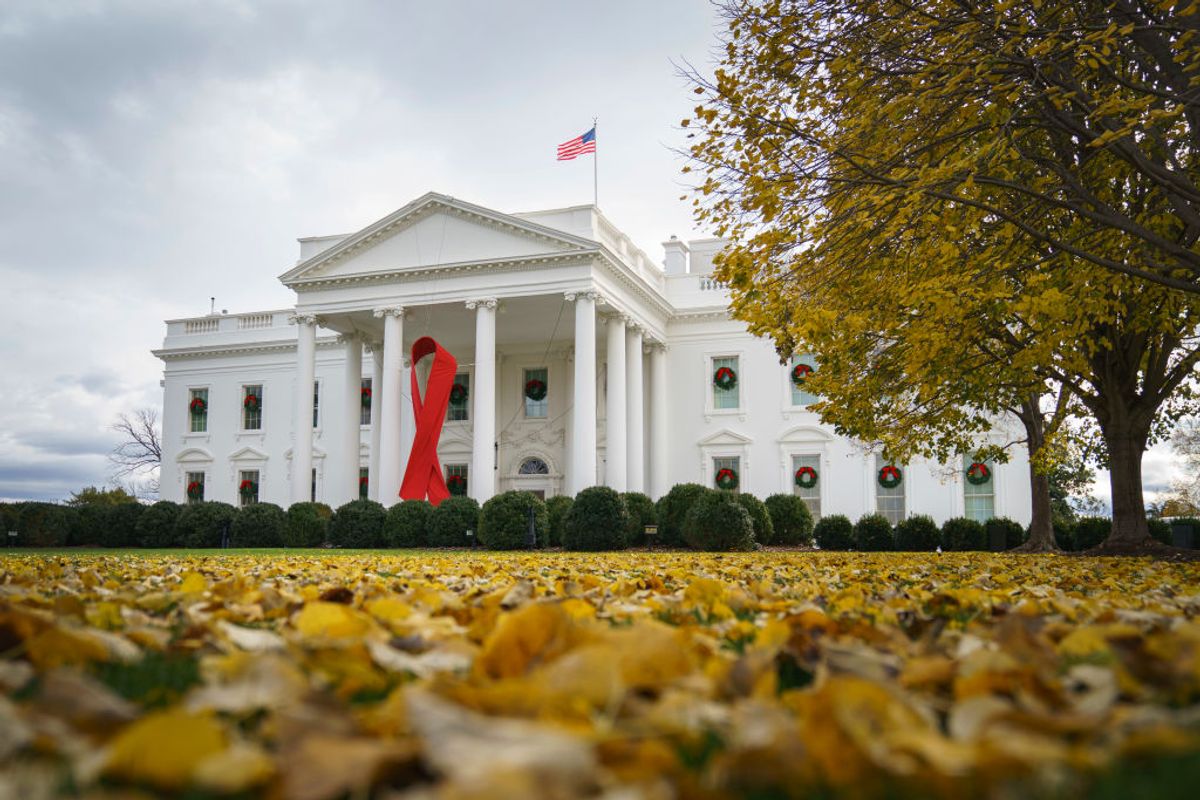 In December 2020, White House Press Secretary Kayleigh McEnany claimed that U.S. President Donald Trump had broken new ground in honoring World AIDS Day by becoming the first president to erect a large red ribbon, a symbol of solidarity and support for people with HIV and AIDS, outside the White House.

During a briefing on Dec. 2, Washington Blade reporter Chris Johnson highlighted the fact that Trump's proclamation marking the day on Dec. 1 included no mention of the LGBTQ community, despite the disproportionate impact of HIV and AIDS on those communities. In response, McEnany sidestepped the question, but defended Trump, claiming:

"The president honored World AIDS Day yesterday in a way that no president has before, with the red ribbon there, and I think that he commemorated the day as he should have."

The exchange can be viewed in full below:

The Trump administration did erect a red ribbon outside the White House for World AIDS Day in 2020, so that part is at least true. And he did the same in 2017, 2018 and 2019, but he was far from the first president to do so.

President George W. Bush began the tradition of hanging the symbolic ribbon outside the north portico of the White House on World Aids Day 2007: A giant red ribbon hangs 30 November 2007 from the North Portico of the White House for the next two days to represent the continued battle against HIV/AIDS ahead of World AIDS Day in Washington, DC. (TIM SLOAN/AFP via Getty Images)

So while McEnany claimed Trump, in hanging a red ribbon outside the White House, had marked World AIDS Day "in a way that no president has before," in reality the two previous presidents had done exactly that over 10 consecutive years.

Johnson was right to say that Trump had consistently failed to mention the LGBTQ community in his proclamations marking World AIDS Day — in 2017, 2018, 2019 and 2020. As Johnson highlighted, Trump's message in 2020 made a point of noting that "it is all too clear that this deadly disease disproportionately affects racial and ethnic minorities," but notably did not mention the LGBTQ community.

Those omissions were conspicuous, given that Trump's predecessor, Obama, explicitly acknowledged the disproportionate impact of HIV and AIDS on LGBTQ people in his World AIDS Day proclamations in 2012, 2014, 2015 and 2016.