No, Trump Did Not Wear His Pants Backwards at Rally

You asked, so we watched the 90-minute speech. 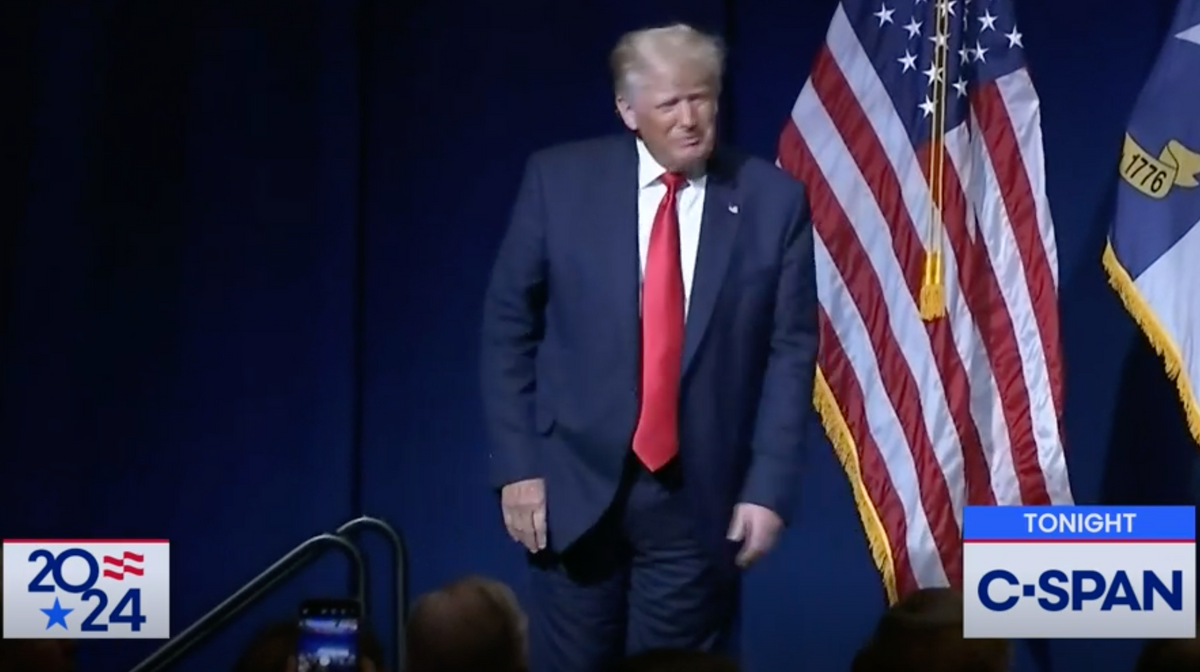 In early June 2021, a video of former U.S. President Donald Trump circulated on the internet claiming to show the politician wearing his pants backward in what was one of his first public appearances since leaving the White House less than six months earlier.

Tabloid news publications like TMZ and Metro showed zoomed-in videos of the billionaire’s crotch area, and some social media users took to Twitter to mock Trump, suggesting that the 74-year-old had unintentionally put his pants on backward at the North Carolina GOP convention. The photographs were so popular that they trended on Twitter under #TrumpPants:

The photographs and video above were taken at the 2021 Republican gathering in Greenville, North Carolina, on June 5. Snopes looked through photographs taken at the event and published by the visual media company Getty Images that clearly show the former president on stage wearing pants with a zipper in the front. And a video posted by C-SPAN of the 90-minute speech also showed the former president wearing pants the right way. As such, we rate this claim as "False."