Allegations of "hypocrisy" were ample in September 2020 as U.S. President Donald Trump vowed to nominate a successor to Justice Ruth Bader Ginsburg. 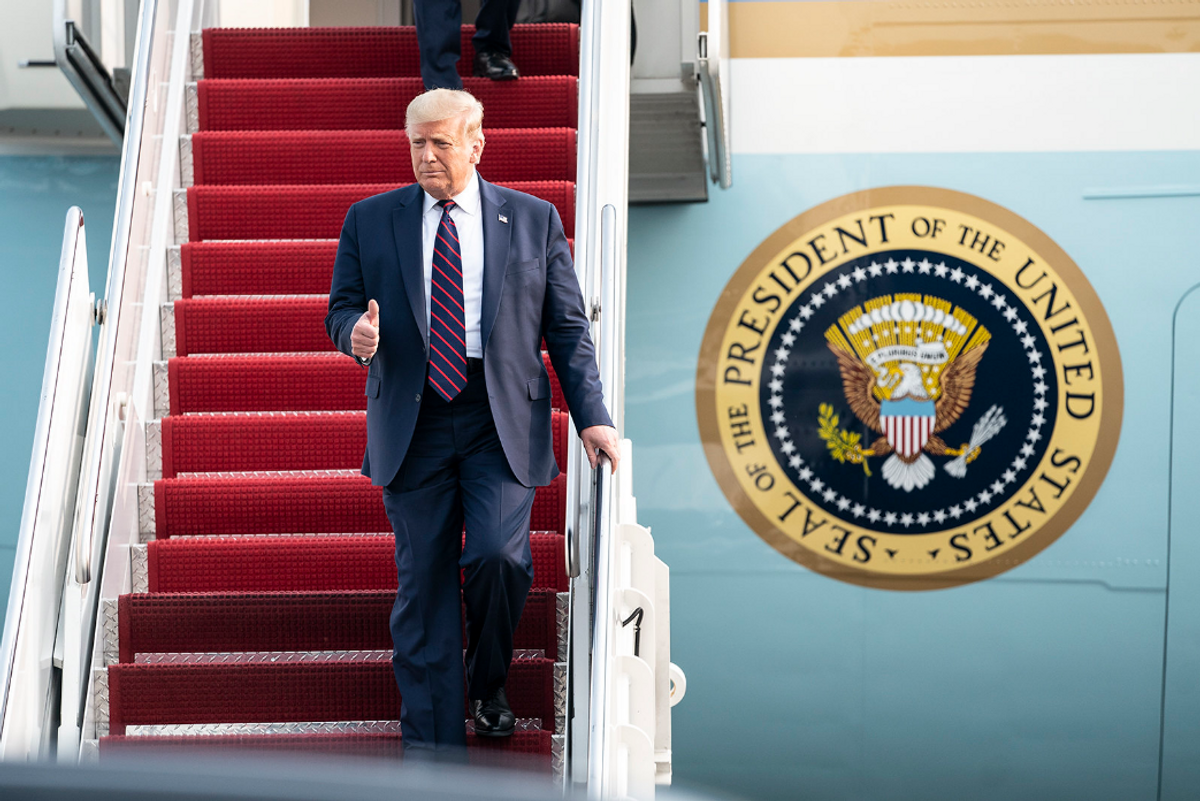 Claim:
In April 2016, Donald Trump said that then-U.S. President Obama should "wait until he leaves office to pick another Justice" after the death of Justice Antonin Scalia.
Rating:

On at least two occasions in 2016, Trump said the process of replacing Supreme Court Justice Antonin Scalia should wait until after that year's presidential election.

However, the April 2016 "tweet" by Trump, shared widely in September 2020, was fake, and Trump did not make the statement attributed to him there.

In September 2020, after the death of U.S. Supreme Court Justice Ruth Bader Ginsburg, a political battle commenced over whether President Donald Trump should nominate, and the U.S. Senate should appoint, a new Supreme Court justice, before the Nov. 3 presidential election.

As part of that debate, partisans from both major parties pointed to the precedents set in the spring of 2016, when then-President Barack Obama nominated Merrick Garland to replace Justice Antonin Scalia on the court, after Scalia's death in February 2016, but Senate Republicans blocked confirmation hearings for several months and effectively killed Garland's nomination.

In that context, readers asked Snopes to examine the authenticity of an April 2016 tweet, purportedly posted by then-candidate Trump, in which the future president said Obama should "wait until he leaves office to pick another Justice," and if he didn't "he should be fired!" A screenshot of the tweet was shared widely in the days after Ginsburg's death on Sept. 18, 2020. In reality, Trump never published that tweet, and never uttered or wrote the exact words attributed to him there, but he did, in other forums, articulate his opposition to the nomination and confirmation of a replacement for Scalia until after the 2016 presidential election.

Snopes checked three reliable repositories of Trump's public pronouncements, including tweets he has deleted over the years: Factbase, the Trump Twitter Archive, and Politwoops. None of those databases contained any record of such a tweet having been posted by the president in April 2016 or at any other time. The above-displayed screenshot posted in September 2020 was the result of digital manipulation.

It's not clear whether the fake tweet was intended to make the president look silly (Obama couldn't possibly nominate a new Supreme Court justice after he left office) or hypocritical (encouraging the sitting president to wait until the result of that year's election was known in 2016, while himself doing the opposite in 2020), or both.

We do know that the fake April 2016 tweet was not the only indication of Trump calling for the process of nominating and confirming a new Supreme Court justice to be delayed until after the 2016 presidential election. On at least two occasions, Trump articulated exactly that position.

A video of that interview can be watched here.

Later the same day, Trump also appeared on CNN's "New Day" program. The following is a transcript of his exchange with host Chris Cuomo:

Cuomo: We have a vacancy on the Supreme Court. The constitution says the president's supposed to pick a nominee. He [Obama] says he's going to do that today. Now it's for the Senate to do it's job. You say "No, don't do it, wait for the next election." Why? You say that Washington's broken, they don't do their job enough, they all play games. This is one of those games, if they don't hold hearings. Why continue the problem?

Cuomo: No matter what? What if he picks your sister? [U.S. Court of Appeals Third Circuit Judge Maryanne Trump Barry]

Trump: Then I would say the same thing

Cuomo: You would say 'No hearing' if he picked your sister?

Trump: My sister's very happy where she is...She's doing a great job, she's considered a brilliant person, and she is.

A video of the conversation can be watched here.

The tweet shared widely in September 2020 was fake. However, the political stance attributed to Trump in the fake tweet — that the process of nominating and confirming a new Supreme Court justice in 2016 should wait until after that year's presidential election — was one he did actually articulate elsewhere. As a result, we issue a rating of "Mixture."