"Very much like a baseball card, but hopefully much more exciting." 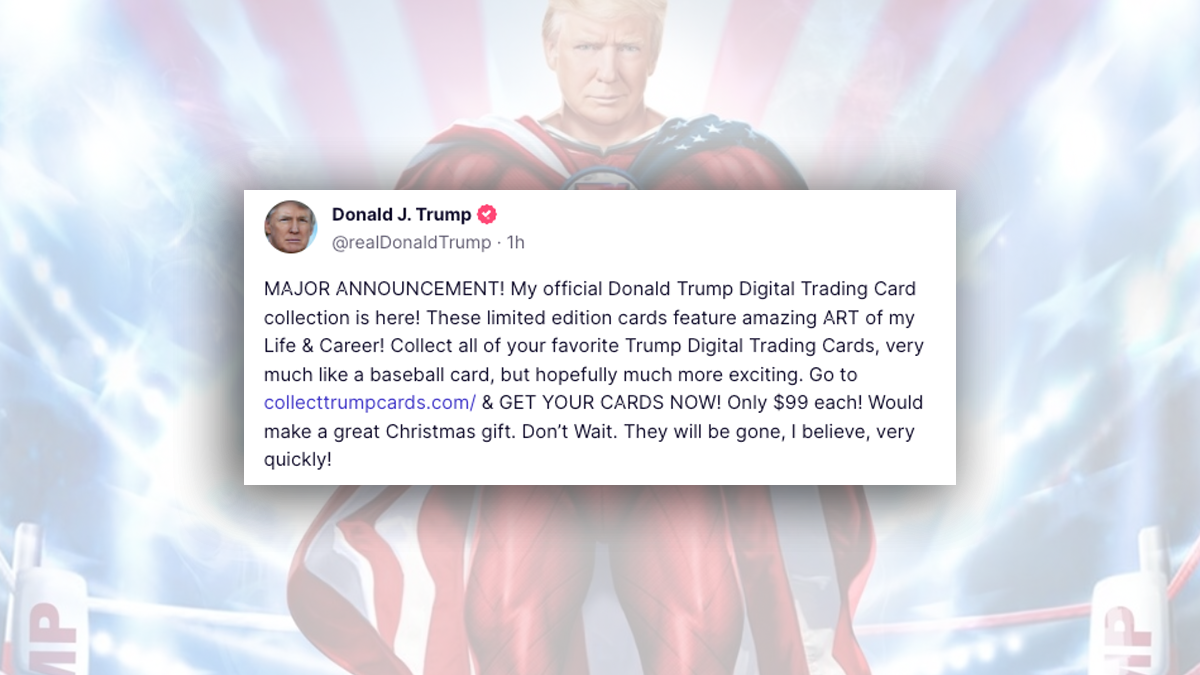 On Dec. 14, 2022, former U.S. President Donald Trump touted what he billed would be a "major announcement" with the teaser "America needs a superhero." The announcement, which was to be made the following day, was pushed by pro-Trump social media accounts to build hype.

Speculation ensued. Perhaps Trump — who had already announced another run for president —  would be announcing his running mate for the upcoming 2024 presidential election? Perhaps he was making a triumphant return to Twitter? Neither of these guesses would be correct, it turns out. 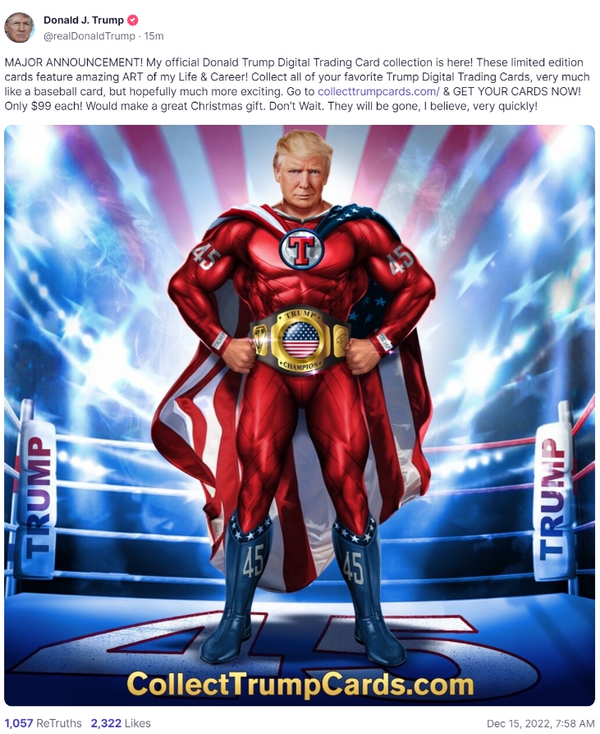 Trump's major announcement — made on his own social media platform Truth Social on Dec. 15, 2022 — was the release of what he described as "my official Donald Trump Digital Trading Card collection":

MAJOR ANNOUNCEMENT! My official Donald Trump Digital Trading Card collection is here! These limited edition cards feature amazing ART of my Life & Career! Collect all of your favorite Trump Digital Trading Cards, very much like a baseball card, but hopefully much more exciting. Go to collecttrumpcards.com/ & GET YOUR CARDS NOW! Only $99 each! Would make a great Christmas gift. Don't Wait. They will be gone, I believe, very quickly!

According to the website selling these photoshopped images of Donald Trump in superhero form, these are the only such "cards" officially licensed and approved by Donald Trump:

Unlike fan art you may see elsewhere, these are the first authorized Trump Digital Trading Cards ever created. The prizes you have a chance to win in the sweepstakes may give you a chance to interact with President Trump himself!

CollectTrumpCards.com is the only place to purchase digital trading cards officially licensed and approved by President Trump.

While these cards may be "licensed" by Trump, this contest is apparently unrelated to any Trump family member, Trump campaign, or Trump Organization-related business. It is sponsored by a company named NFT INT LLC:

Because, however, Trump's "major announcement" was the existence of this actual sweepstake contest and associated digital image collection, the claim is "True."