The legendary golfer suffered serious injuries in a car accident in February 2021. 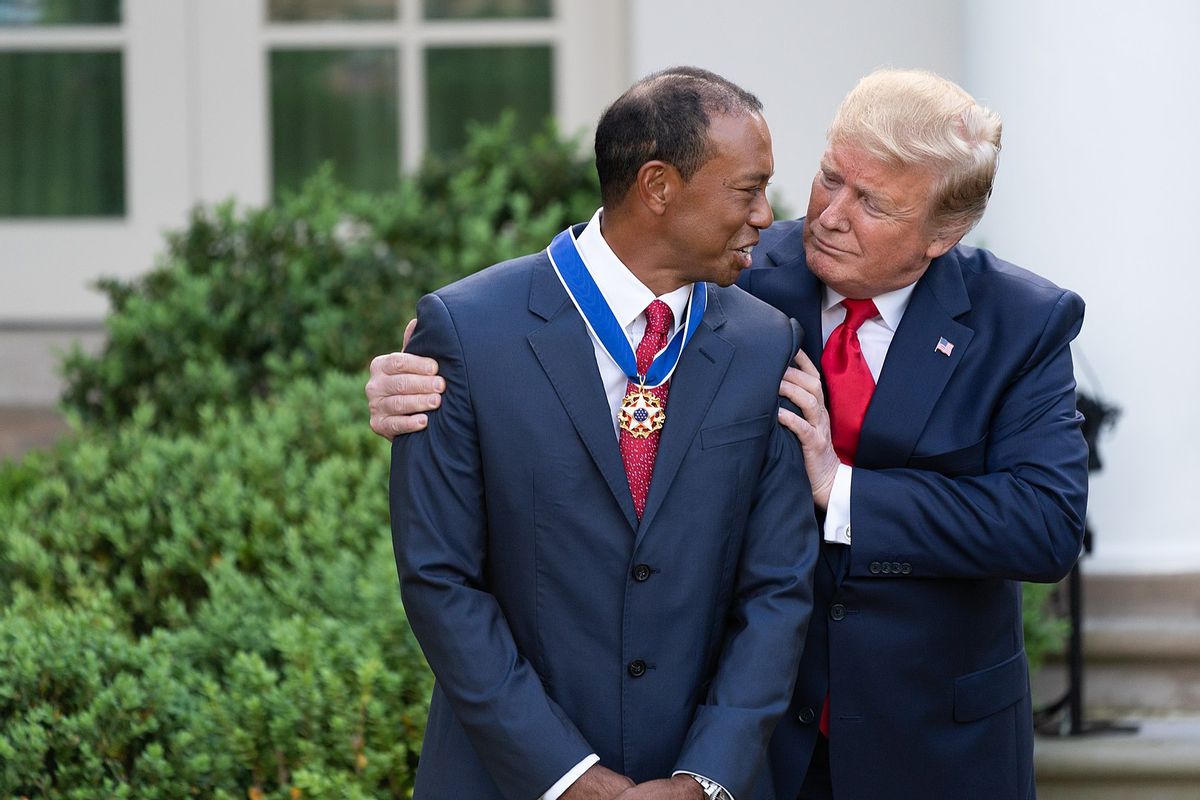 Claim:
After Tiger Woods’ car crash in February 2021, former U.S. President Donald Trump released a statement through a spokesperson that said, “Get well soon, Tiger. You are a true champion!”
Rating:

Golfing legend Tiger Woods was in a serious car crash on Feb. 23, 2021, in Los Angeles County and was transported to a hospital where, at the time of this writing, he was in surgery for “multiple leg injuries.”

U.S. President Donald Trump, who was kicked off Twitter back in January after being accused of inciting riots in the U.S. Capitol, released a statement from the Twitter account of his senior advisor Jason Miller.

Miller, who appeared to be in regular contact with the former president and has relayed his sentiments before for the media, tweeted:

Some reacted to this tweet by noting how Trump was using Miller’s account as a proxy for releasing his statements:

In 2019, Trump awarded Woods the Presidential Medal of Freedom.