Are People Getting Threatening 'Robocalls' for Criticizing President Trump Online?

Messages from the "Trump for Office Foundation" were actually designed by a company that allows users to send prerecorded "prank calls" to people they know. 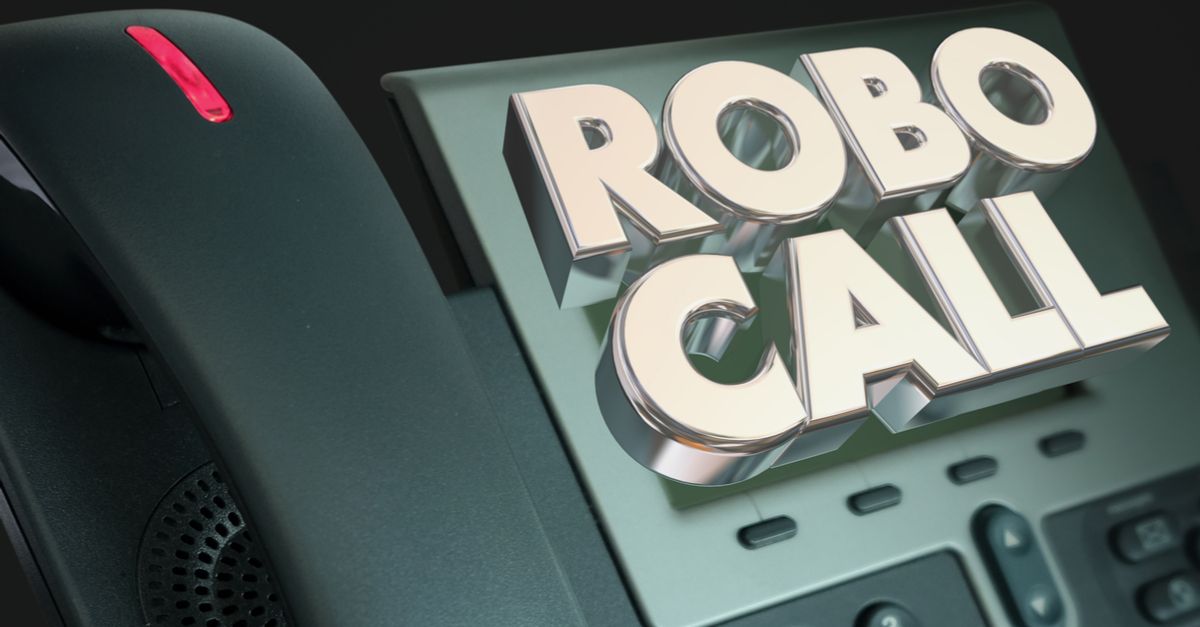 An alleged series of "robocalls" threatening people critical of President Donald Trump initially spurred fears of political harassment, but were in fact recordings made by a prank call producer.

Reports of the calls began circulating in November 2017, after some social media users shared their recordings of the message, which stated:

Hi, this is Russell calling from the Trump for Office Foundation. How are you doing today?

Great. Well, we're calling in regard to a problem we had with recent activity on your social media accounts. Do you have a second to talk about this matter?

We've been monitoring some of your posts and it does seem that you've been making some rather negative comments about President Trump. Is that correct?

Listen. We're going to have to ask you to lay off on the negative and derogatory posts about President Trump, OK? What's your problem, anyways? Don't you want to make America great again? Well, you've been warned. We'll be keeping an eye on you. Have a nice day.

But the message did not originate with any political group and was not exactly what we think of as a "robocall"; instead, it was designed by a private company, Ownage Pranks, which allows users to request and send prank calls through its app.

A spokesperson for the company told us by email how their process works:

The user is on the call while the call is sent. They are in fact manually sending the call to the receiver and listening in real time. It is not an automated dialer.

Ownage's spokesperson also noted that their terms of service state:

You are strictly prohibited from using the App to call anyone you have not had a personal interaction with. Although the scripts are often cartoonish and often outlandish, some of the scripts may be scary or misleading to people who may not be expecting these calls or who cannot get a personal, friendly explanation about the nature of the call. We've therefore chosen to require you to call only to people who you know personally and by using the Services you represent and warrant that you will adhere to this restriction. Calling strangers can result in immediate termination of your account, if found, and would possibly make you subject to criminal or civil prosecution.

The terms of service also warn that the company may audit calls to make sure that users know the person they are pranking. They continue:

We take telecommunications regulations very seriously and have call limits, manual dialing restrictions, and other limitations in place to prevent the Services being used as an auto-dialer or a robocalling platform. Any attempts to use the Services in an automated nature shall result in immediate termination of your account and may result in civil or criminal penalties.

The spokesperson also told us that anyone who does get a phone call through the app also gets a follow-up prerecorded message saying "You've been pranked by ownagepranks.com" and giving an option to block the company from calling them again.

The prank premise is intended to be so silly and ridiculous that nobody would ever think anybody was *actually* monitoring their searches, especially with the prank reveal message at the end of the call which clearly explains the call being a gag.

In response to the increased attention around the "Trump for Office Foundation" script, the spokesperson said:

We've changed the nature of the call since, because these things are supposed to be goofy, not serious.

Another social media user in Canada reported getting a call saying Trump was "watching [her] social media acct" in July 2017; she told us that when she returned the call she heard a voice message saying that she had been pranked. However, it is unclear whether she received the Ownage Pranks recording.