And if so, what message are they trying to send? 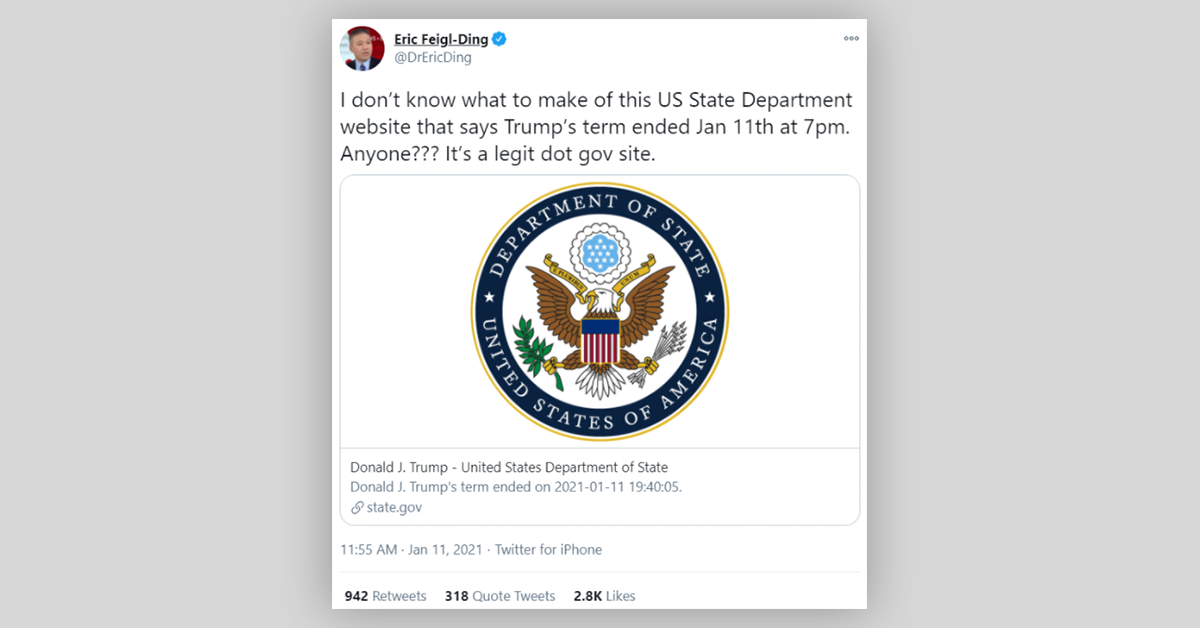 On Jan. 11, 2021, amid calls for U.S. President Donald Trump's resignation and efforts to impeach him for inciting an insurrection on Jan. 6 at the Capitol, Twitter users noticed an odd statement on the U.S. Department of State biographies of Trump and Vice President Mike Pence: that their terms had just ended. Though their terms did not, in fact, end at that time, it is factual that the State Department website briefly displayed the assertion, as captured in archived versions of the pages.

BuzzFeed News reported that the change was made by "a disgruntled employee at the State Department," citing two U.S. diplomats as sources. They also reported that there would be an investigation into the matter:

"One of the diplomats said that Secretary of State Mike Pompeo has ordered an internal investigation into the matter, beginning with interns and employees leaving the State Department this week and next ahead of the transition to the Biden administration."

At the time of this reporting, the biography pages have been removed. We reached out to the State Department for comment, but have not yet received a response. We will update this story if we do.