Did Trump Release Statement Bashing Colin Powell After His Death?

Powell died of COVID-19 complications while battling cancer on Oct. 18, 2021. 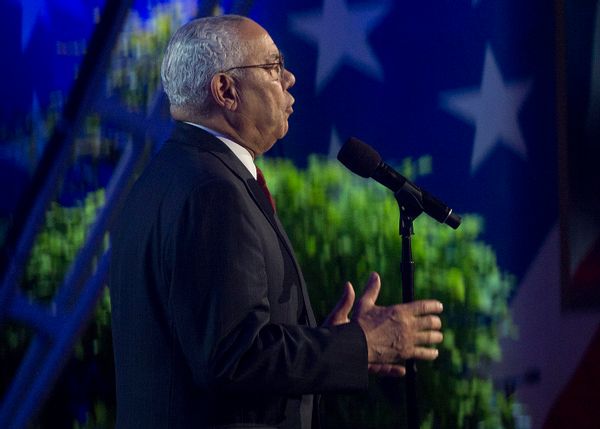 Image Via Chairman of the Joint Chiefs of Staff from Washington D.C/Wikimedia Commons

Claim:
Former U.S President Donald Trump, in regards to former Secretary of State Colin Powell's death, said that Powell made "big mistakes" and was "a RINO" (Republican in name only).
Rating:

On Oct. 18, 2021, former U.S. Secretary of State Colin Powell died of complications from COVID-19 while also suffering from multiple myeloma, according to a statement from his family. Several former presidents, including George Bush and Barack Obama, released statements commemorating him. But it was former President Donald Trump's comments that raised eyebrows and generated outrage.

In a statement released over email through his Save America political action committee, Trump decried Powell's role in the Iraq War, and called him a RINO, which is a pejorative that means "Republicans In Name Only." Trump's full statement was shared on Twitter by New York Times journalist Maggie Haberman, and on various media outlets:

Wonderful to see Colin Powell, who made big mistakes on Iraq and famously, so-called weapons of mass destruction, be treated in death so beautifully by the Fake News Media. Hope that happens to me someday. He was a classic RINO, if even that, always being the first to attack other Republicans. He made plenty of mistakes, but anyway, may he rest in peace!

Powell had criticized Trump over the Jan. 6, 2021, riots that shook the U.S. Capitol, saying he could "no longer call myself a fellow Republican."

Powell, the first Black U.S. secretary of state, has acknowledged promulgating faulty intelligence about Iraq's supposed possession of weapons of mass destruction before the United Nations to advocate for the 2003 U.S. invasion of that country. He later expressed regret for the role he played: “It was painful,” he said. “It’s painful now.” Hundreds of thousands of Iraqis, and thousands of Americans, died in the insurgent conflict it unleashed. He described his advocacy of the invasion as a "blot" on his record.