Trump Says Africans Are Poor Because They Think of Sex Instead of Farming?

The quote originated on questionable blogs in 2015. 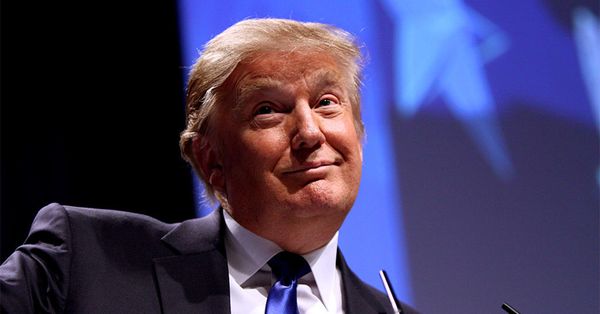 Claim:
President-elect Donald Trump said Africans are poor because "when it rains they think of sex instead of farming."
Rating:

On 12 December 2016, a South African web site called MzanskiLive reported that President-elect Donald Trump had made a troubling statement about African people:

Once again, US business magnate Donald Trump has expressed his deep disgust for Africans by suggesting that they are poor and hungry largely because when it rains, they only think about love making instead of farming. Speaking in Indianapolis, Trump who is also President Elect of USA reiterated his promise to deport Africans who are settled in US illegally.

“Africans are very lazy. The best they can do is gallivanting around streets, lamenting how they were colonised. These are the people America doesn’t need. They are the enemies of progress. Look at African countries like Zimbabwe for instance, those people are stealing from their own government and go to invest the money in foreign countries.”

The comments appear to be fabricated, having circulated around questionable web sites since blogs since at least 2015. The quote was attributed to Trump on 3 November 2015, except in that version, he was supposedly talking about African-Americans:

African Americans are very lazy. The best they can do is gallivanting around ghettoes, lamenting how they are discriminated.

We were unable to locate the original source of the quote, but its appearance on questionable blogs (along with the the lack of outrage and mainstream reporting that an incendiary comment of that nature would have generated) indicates that Trump never made the statement.