The U.S. president blamed a teleprompter for the flub during his Fourth of July address in 2019. 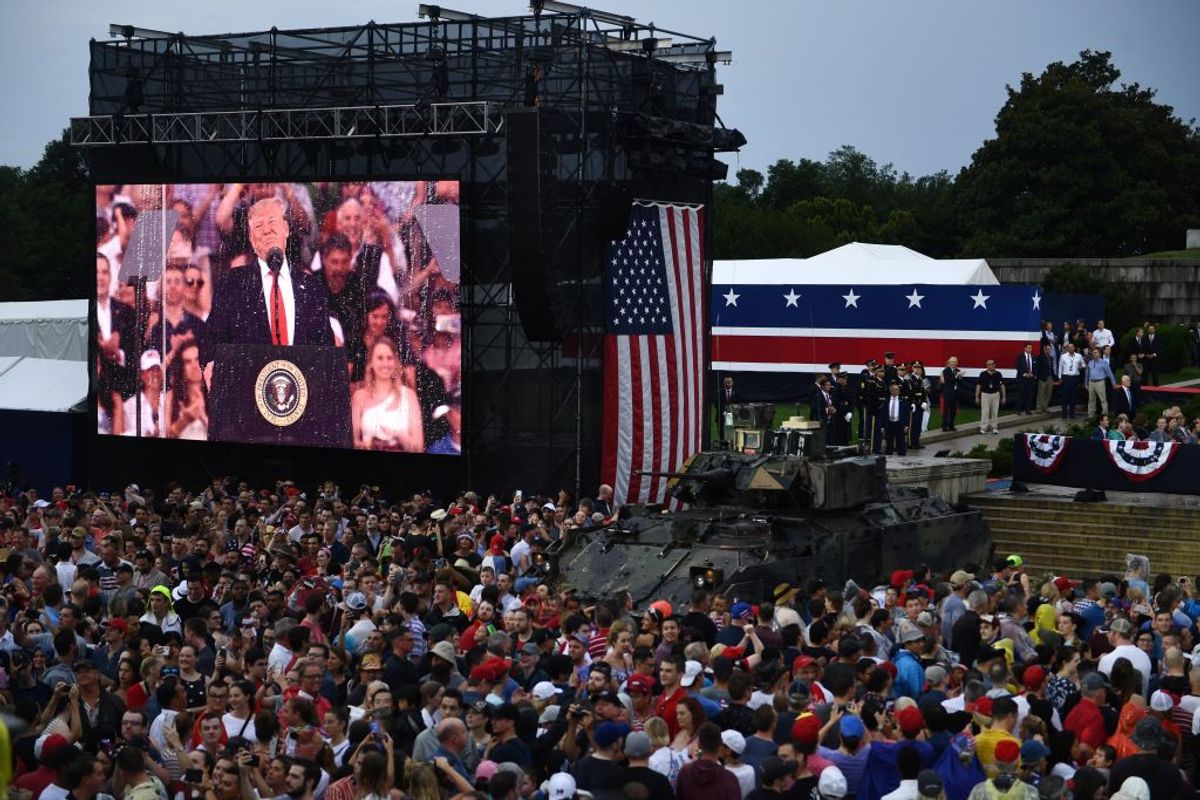 During a speech commemorating Independence Day in 2019, U.S. President Donald Trump made a statement erroneously indicating that American rebels had taken over not-yet-existent airports during the Revolutionary War:

Trump gave the 45-minute speech during a rain-soaked spectacle in Washington, D.C., on July 4, 2019, during which military hardware such as tanks and aircraft were displayed on parade.

During a passage in the speech in which Trump was describing the American Revolutionary War in soaring rhetoric, he remarked: "The Continental Army suffered a bitter winter of Valley Forge, found glory across the waters of the Delaware, and seized victory from Cornwallis of Yorktown. Our army manned the air, it rammed the ramparts, it took over the airports, it did everything it had to do. And at Fort McHenry, under the rockets' red glare, it had nothing but victory. And when dawn came, their Star Spangled Banner waved defiant."

Because no airports existed in the 18th century (the first successful airplane wasn't flown until 1903), that portion of Trump's speech inspired some jokesters to take to Twitter using the #RevolutionaryWarAirports hashtag, sharing humor and altered images of famous Revolutionary War artwork edited onto photographs of airports:

There are just too many funny #RevolutionaryWarAirports images. Here are some such as the famed "Battle of LaGuardia" to onward to JFK!#TrumpParadeFail pic.twitter.com/FD4BPFkXu2

Dearest George,
We never expect to find ourselves in Laguardia airport fighting through the TSA line. We prayed hard but never made it to the gate. Remember us fondly. Do not let our struggle be for naught.