Did Trump Retweet a Video Saying 'The Only Good Democrat is a Dead Democrat'? 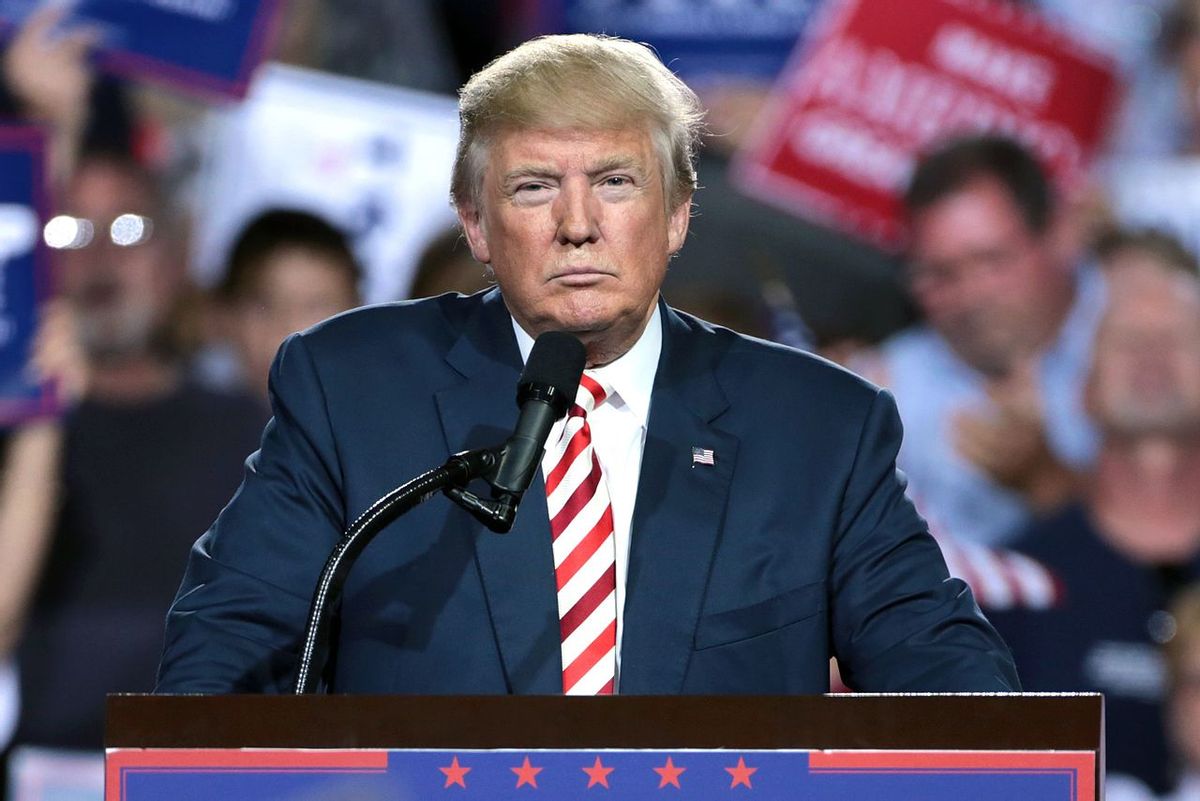 Claim:
U.S. President Donald Trump retweeted a video in which the speaker stated, "The only good Democrat is a dead Democrat."
Rating:

On May 27, 2020, U.S. President Donald Trump retweeted a video posted to Twitter by the group "Cowboys for Trump" in which the group's leader, Cuoy Griffin, a commissioner for Otero County in New Mexico, stated, "I've come to a place where I've come to the conclusion that the only good Democrat is a dead Democrat."

Trump, a Republican, retweeted the video and added the comment, "Thank you Cowboys. See you in New Mexico!"

Griffin's comments were originally made on May 17, 2020, during an event in Truth or Consequences, a city in New Mexico. He equivocated by saying, "I don't say that in the physical sense," although the local newspaper, the Alamogordo Daily News, pointed out that "his prior statements received cheers from the crowd before the clarification."

The retweet by Trump drew criticism that Trump and Griffin were promoting violence against legislators who are members of the opposing political party. Griffin's comments, in their entirety and as heard in the video tweeted by Trump, are:

I've come to a place where I've come to the conclusion that the only good Democrat is a dead Democrat. I don't say that in the physical sense and I can already see the videos getting edited where it says I wanna go murder Democrats. No, I say that in the political sense because the Democrat agenda and policy is anti-American right now. It's where our country's not coming to a place if you love or hate Donald Trump, our country's coming to a place if you love or hate America. Because that's what it's boiling down to. But um, but as far as Democrats go you had some great conservative candidates.

We need to have, I say the reason why the only good Democrat's a dead Democrat, I'm saying it politically speaking and I'm saying it because we need to have the majorities in the House and the Senate. It's the only way that we're gonna put the brakes on a out-of-control governor. Sometimes you have to hit very rock bottom in order to make real change. It can happen in our own personal lives. It happens in community but it's also happening in government right now. I believe our government is showing the very worst than they have, and I believe that it's gonna bring about the very best that our country has politically speaking.

Cowboys for Trump is marketed as a for-profit organization in New Mexico that accepts donations from the public. The tweet that Trump retweeted was originally posted by the organization to refute a Daily Beast article that reported Griffin had called for Democratic politicians to die.

In spite of Cowboys for Trump labeling the Daily Beast article titled "Anti-Lockdown Protesters Now Calling for Dems to Die" as fake news, Griffin is quoted in that article saying that certain Democratic governors should be executed for what he views as treason, stating, "You get to pick your poison: you either go before a firing squad, or you get the end of the rope."

When asked whether protesters angry over stay-at-home orders meant to slow the spread of COVID-19 were considering using violence, Griffin said in the article, "I’ll tell you what, partner, as far as I’m concerned, there’s not an option that’s not on the table."

We rate the claim that Trump retweeted a video stating that "the only good Democrat is a dead Democrat" as "True," because equivocation or not, those were the exact words of Griffin as recorded in the video posted in the tweet, which the president retweeted.

Onsurez, Jessica. "Cowboys for Trump Founder, Couy Griffin: 'The Only Good Democrat Is a Dead Democrat.'"   Alamogordo Daily News. 20 May 2020.

KRWG. "Commentary: Commissioner Couy Griffin Has a Long History of Violent Speech Against Democrats."   20 May 2020.

Blake, Aaron. "Trump Retweets a Video Saying ‘the Only Good Democrat Is a Dead Democrat.'"   The Washington Post. 28 May 2020.