Did Donald Trump Receive an Ellis Island Award in 1986?

It might seem unbelievable to some that Donald Trump could have been considered for an award in celebration of 'patriotism, tolerance, brotherhood and diversity.' 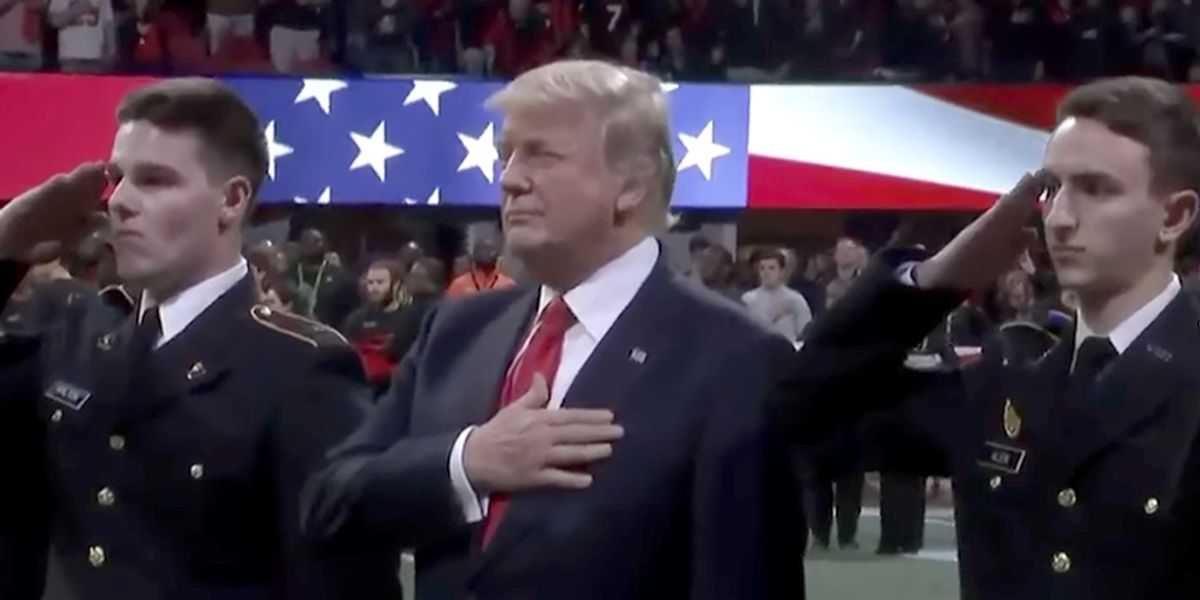 In the summer of 2016, as Donald Trump made strong arguments against immigration and said that he would build a border wall and deport illegal immigrants, the following photograph circulated, showing the Republican presidential nominee alongside Muhammad Ali and Rosa Parks: While Donald Trump has battled accusations of racism throughout his 2016 presidential campaign (and throughout much of his career), his supporters have shared the above-displayed photograph as proof that Trump is not racist.

When The American Mirror published this photograph on 4 September 2016, they asserted that Trump had never been accused of racism before he ran for president (which is demonstrably false) and argued that if Trump were a racist, he would have never posed for a photograph with Ali and Parks:

No one accused Donald Trump of being a racist until he decided to run for president and became a threat to Hillary Clinton’s return to power.

In 1986, Trump joined several other prominent Americans, such as Rosa Parks and Muhammad Ali, as recipients of an “Ellis Island Award.”

One suspects if Trump was a racist, there’s no way he would have posed for a photo with those two.

The photograph is real. It was taken on 27 October 1986 by Getty photographer Yvonne Hemsey at a ceremony honoring the recipients of the Ellis Island Medal of Honor. (Joe DiMaggio, Victor Borge, and Anita Bryant are also featured in the photograph.)

The Ellis Island Medal of Honor is awarded each year in celebration of "patriotism, tolerance, brotherhood and diversity":

The Ellis Island Medals of Honor embody the spirit of America in their celebration of patriotism, tolerance, brotherhood and diversity. They recognize individuals who have made it their mission to share with those less fortunate their wealth of knowledge, indomitable courage, boundless compassion, unique talents and selfless generosity; all while maintaining the traditions of their ethnic heritage as they uphold the ideals and spirit of America. As always, NECO remains dedicated to the maintenance and restoration of America’s greatest symbol of its immigrant history, Ellis Island.

Trump was one of 80 individuals to receive the Ellis Island Medal of Honor in 1986, the first year that the National Ethnic Coalition of Organizations handed out the award. However,

the fact that Donald Trump received the award and posed for a photograph says little about his motivations or whether or not he has racist tendencies, only that he received an award and participated in a ceremony meant to honor him (and others).

Democratic presidential candidate Hillary Clinton was similarly honored with the Ellis Island Medal of Honor in 1999.