Is This an April 2021 Video of Trump Complaining About 2020 Election Results?

The former president's remarks were captured at a $2,900 per person fundraiser at Mar-a-Lago. 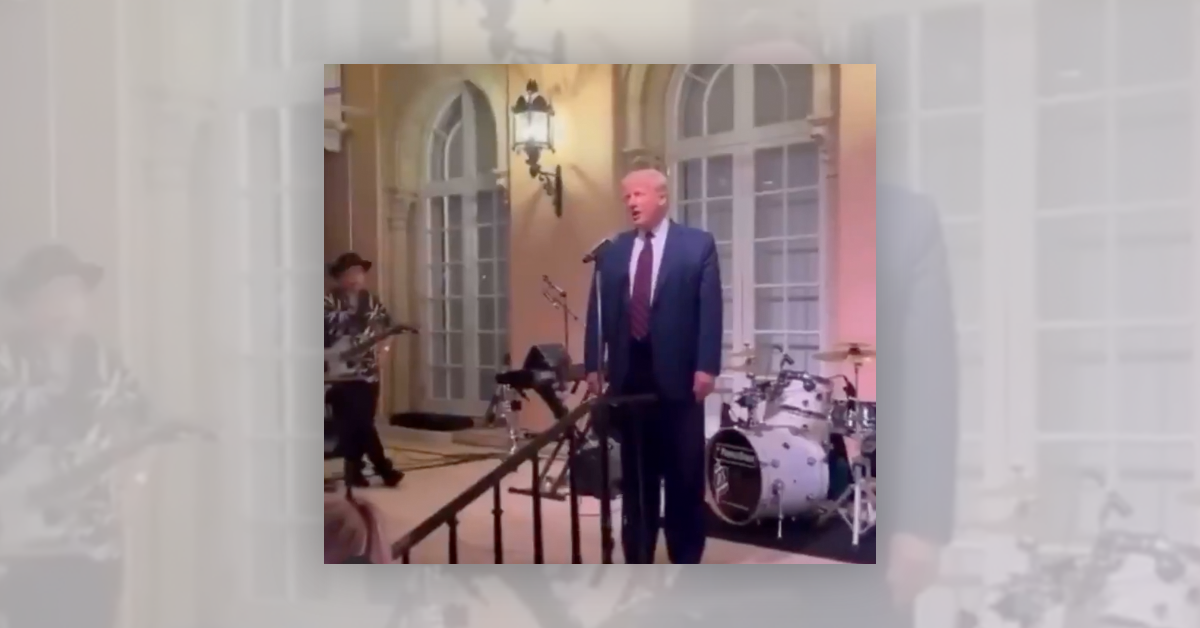 Claim:
A video of former president Donald Trump shows him complaining about 2020 election results from Mar-a-Lago in April 2021.
Rating:

In late April 2021, a video of former president Donald Trump repeating discredited conspiracy theories about electoral fraud in the 2020 presidential election went viral. The remarks seemed dated enough for some viewers to inquire if the video actually captured Trump remarks from April 2021:

In his talk before a small audience, Trump referenced an ongoing "audit" of votes cast in Maricopa County, Arizona, but he also asserted that many new votes from a wide variety of states would be found to have been cast in his favor:

Because this was a rigged election, everybody knows it and we’re going to be watching it very closely but start off by you just take a look, it’s on closed circuit I guess it’s on all over the place and everyone’s talking about yesterday, front page of the New York Times, they didn’t want to write it but that’s because they thought they were going to have a negative decision and the judge gave us a positive decision.

Several factors indicate that this speech took place on April 28, 2021, as identified in news reports. On that night, according to the Springfield News-Leader, Trump and Mar-a-Lago held a $2,900 per person fundraiser attended by U.S. Rep. Billy Long (R-MO), who is considering a run for U.S. Senate and is competing for Trump's endorsement.

The discussion of the Arizona audit also places the remarks at Mar-a-Lago as occurring the final week in April. Referring to coverage of that partisan effort, Trump said: "it’s on all over the place and everyone’s talking about it. Yesterday, [it was on] the front page of the New York Times." Trump appeared to be referencing a front page article from two days prior. On Monday, April 26, the New York Times published a store with the headline "Conspiracy Theorists Cavort in Messy Recount in Arizona."

A final clue comes from another video showing the same event and location, in which Trump said: "This is sort of close-out. Now we go through the summer and will be back here in October maybe a little bit sooner." Trump was referencing plans to move his political operation to New Jersey for the Florida summer, something which had been reported a week earlier.

Because the context of the video makes clear that it stems from an April 28, 2021 political fundraiser, the assertion that it is a recent video is "True."