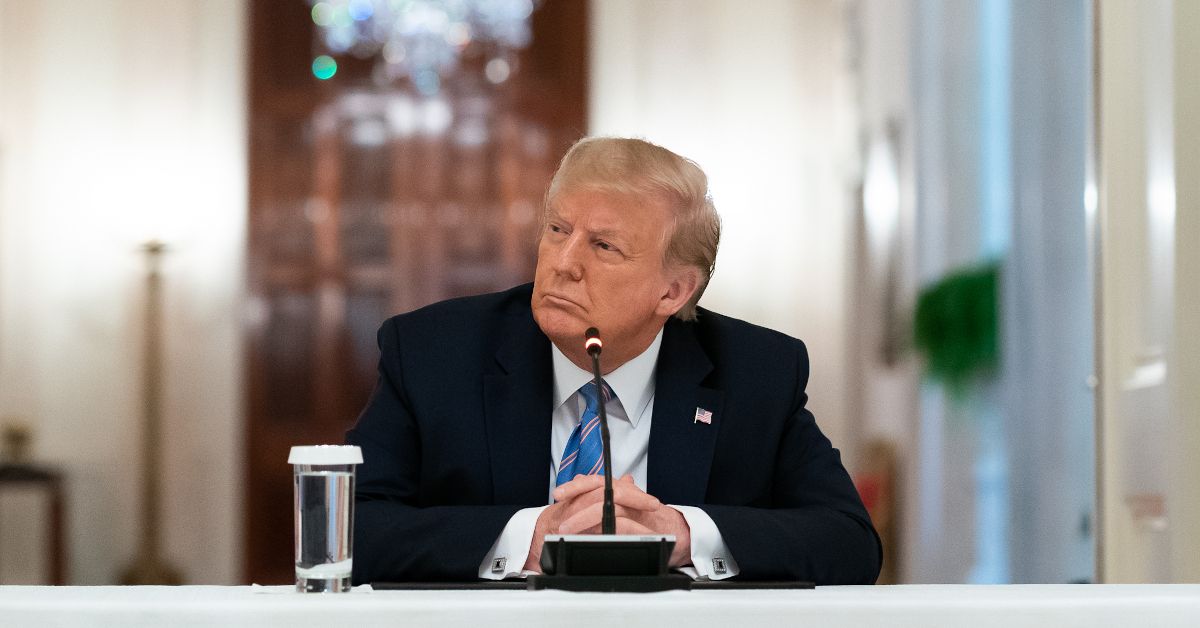 Trump gave $10,000 to a bus driver who saved a suicidal woman, gave $25,000 to a U.S. marine sergeant arrested and detained in Mexico, and allowed an orthodox Jewish family to use his private jet in order to seek urgent medical treatment for their young son.

Trump did not pay off the mortgage of a stranger who fixed a flat tire on his car.

In the summer of 2020, multiple readers asked Snopes to verify the accuracy of a widely-shared Facebook post that listed several "quiet acts of random kindness" purportedly performed by U.S. President Donald Trump: The post correctly identified Trump's date of birth as June 14, 1946, then presented four incidents as examples of the "quiet acts of random kindness" supposedly performed by the businessman turned president. Supporters of Trump have previously promoted similar anecdotes that portray him as generous, and we have examined several of those in depth.

1. The flat tire and the mortgage: urban legend

"In 1995, his car has a flat tire. A black man walking by notices it's owner is wearing a suit. So he steps in and fixes the flat. 'How can I repay you?' asks the gentleman? 'My wife has always wanted some flowers' the man says. A few days later, the black man's wife gets a beautiful bouquet of flowers with a note saying, 'Thanks for helping me. By the way... the mortgage on your house is paid off.'"

This is no more than an old urban legend that has appeared and re-appeared in various forms with certain details changed, including the name of the celebrity who supposedly paid off the mortgage, for decades. Snopes first debunked it in 1998, after a version of the story involving Trump had appeared in Forbes magazine two years earlier.

Over the years, similar stories have been told about Henry Ford, Nat King Cole, and Bill Gates, demonstrating that the 1995 version about Trump was just a variation of an old yarn.

"A USMC Sargent spends 7 months in a Mexican prison for a minor charge. He is beaten. After he is returned to America, The man from Queens sends him a check for $25,000, 'To get you started.'"

This anecdote relates to the story of U.S. Marine Sgt. Andrew Tahmooressi, who was arrested in Mexico in March 2014 and spent seven months in prison there on weapons-trafficking charges after he crossed the border at San Ysidro, California. His car was found to contain three firearms and ammunition, items he legally owned and was permitted to carry in the United States, but not in Mexico.

We examined his case and the complexities surrounding it in a previous fact check. Tahmooressi's protracted detention in Mexico, along with his claims of having been beaten and restrained for weeks on end, caught the attention of several high-profile commentators in the United States, including the broadcaster and U.S. Navy veteran Montell Williams, then-Fox News anchor Greta van Susteren, and Trump.

Tahmooressi's mother Jill, who was a vocal and persistent advocate for her son's release and return to the United States, confirmed in a phone call with Snopes that Trump had indeed sent Andrew a check for $25,000 after he was released in late 2014. Trump also enclosed a letter, which Tahmooressi reproduced in her memoir. In that letter, dated Nov. 11, 2014, Trump wrote:

"It is my great honor to present you with this check for $25,000. You have served our country with fortitude and dignity, and we are fortunate to have someone like you as a brave Marine and protector of our wonderful nation. We are proud of you and I wish you and your family the very best for many years to come." "A black bus driver saves a suicidal girl from jumping off a bridge. Our man from Queens sends him a check for $10,000."

In October 2013, Buffalo, New York, bus driver Darnell Barton made international headlines after he saved the life of a woman contemplating suicide. Barton stopped his bus and comforted the woman, who was standing on the outside of railings along an overpass, before carefully helping her on to the other side of the railings and staying with her while first responders arrived on the scene:

The Buffalo News reported at the time that Mayor Byron Brown had presented Barton with a $10,000 check from Trump in a ceremony at city hall:

"Donald J. Trump wasn’t there himself. But in the well-appointed office of Mayor Byron W. Brown, a check for $10,000 from the real estate mogul was presented to the hero bus driver who brought a woman on the brink of suicide to safety. 'Although I know to you it was just a warm-hearted first response to a dangerous situation,' Trump wrote to Darnell J. Barton, 'your quick thinking resulted in a life being saved, and for that you should be rewarded.'"

4. A private jet for a sick boy: true

"A rabbi's critically ill son needs to get from NYC to California for specialty care. No airlines will fly him. The generous man uses his private jet to fly the child."

Another accurate description, which we addressed at greater length in a 2015 fact check. In July 1988, the Ten family needed to travel to New York for urgent medical treatment for their three-year-old son Andrew Ten, who had a rare respiratory condition. Because Andrew required the constant aid of a respirator and life support machine but commercial airlines could not accommodate that equipment, the family could not travel to New York on a conventional flight.

The boy's father, Harold Ten, an orthodox Jewish rabbi, contacted Trump to ask for the use of his private jet, and the property magnate agreed without hesitation, according to a contemporaneous report by the Jewish Telegraphic Agency:

Asked why he thought Trump made his private jet available, Ten replied, “Because he is a good man. He has three children of his own and he knows what being a parent is all about.” Ten said he believes that Trump fulfilled the Talmudic saying that “he who saves one person’s life is as if he saved the entire world.”

Among the relatives at the airport to greet the child and his parents were the paternal grandparents of the sick boy.“Donald Trump is a miracle, just a miracle,” said grandmother Feigy Ten, who came to the airport with her husband, Phillip Ten. Both grandparents thanked Trump’s generosity over and over again.

Previous Article
Next Article
Article 15 of 38 in Collection