Did Donald Trump Predict Osama bin Laden Would Attack the US?

President Trump mentioned Osama bin Laden in his 2000 book "The America We Deserve," but he didn't predict the terrorist leader would attack the United States. 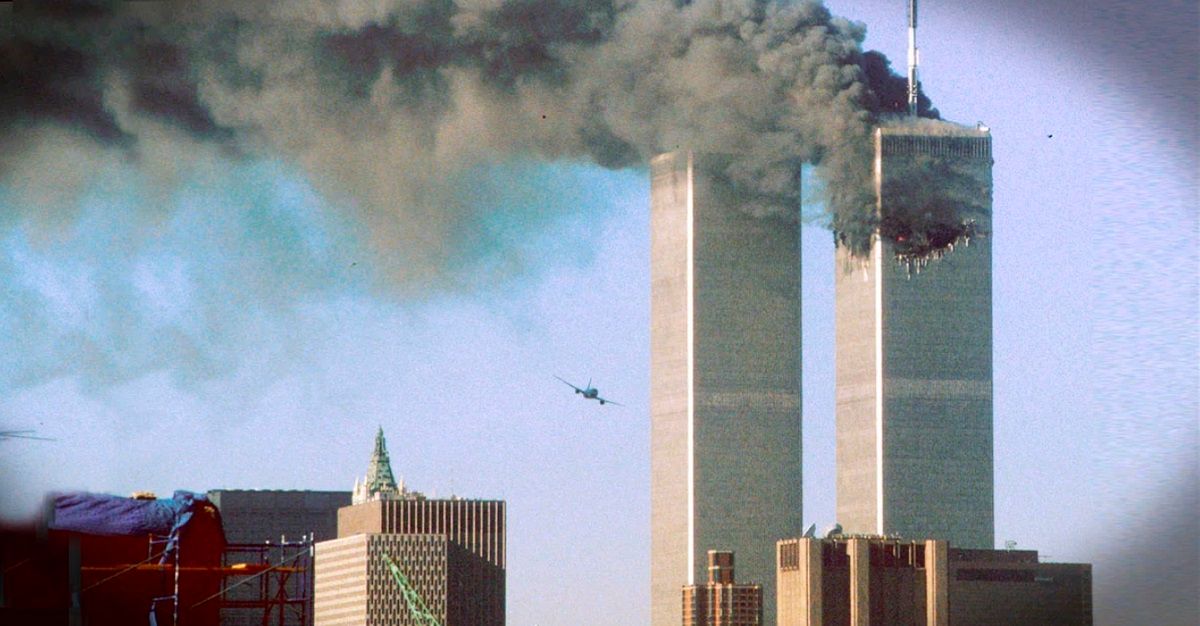 Claim:
Donald Trump predicted that Osama bin Laden would attack the U.S. in his 2000 book, 'The America We Deserve.'
Rating:

Donald Trump mentioned Osama bin Laden once in his 2000 book, "The America We Deserve."

Donald Trump did not predict that Osama bin Laden would attack the U.S., nor write that the U.S. should "take him out."

Retired U.S. Navy Admiral Bill McRaven, the architect behind the raid that took down terrorist mastermind Osama bin Laden in 2011, declared in November 2018 that President Trump's labeling of the media as "the enemy of the people" was the greatest threat to democracy.

When President Trump was asked about McRaven's comments during an 18 November 2018 interview on "Fox News Sunday," he avoided the substance of the critique, attempted to dismiss the veteran as a "Hillary Clinton fan," and questioned why the former commander of the U.S. Special Operations Command didn't catch Osama bin Laden sooner.

Trump's comments stirred up outrage, and several former military members spoke out against the Commander-in-Chief for denigrating the decorated veteran and the military efforts that led to the death of bin Laden.

Trump doubled down on his comments the following morning, however, and claimed that he had actually warned the military about Osama bin Laden in his book The America We Deserve, which was published before the terrorist attacks of 11 September 2001:

Of course we should have captured Osama Bin Laden long before we did. I pointed him out in my book just BEFORE the attack on the World Trade Center. President Clinton famously missed his shot. We paid Pakistan Billions of Dollars & they never told us he was living there. Fools!..

This wasn't the first time that Trump claimed he had foreseen the 9/11 terrorist attacks. In November 2015, for example, he told a crowd in Knoxville, Tennessee, that he wrote in his book that "Osama bin Laden is going to come and do damage and nobody believed me":

Trump repeated this claim during a December 2015 interview on conspiracy theorist Alex Jones' show, saying that "nobody really knew who (Osama) was" before the attack on the World Trade Center and that he had written in his book that the military "better take him out":

Osama bin Laden was mentioned one time in Donald Trump's 2000 book The America We Deserve, and that passage hardly constituted a "prediction" or even a warning to the U.S. military about the looming danger of the terrorist leader.

Trump mentioned bin Laden in a passage critical of the Clinton administration's "haphazard" approach to national security, during a time when the United States faced multiple dangers instead of one centralized threat:

Instead of one looming crisis hanging over us, we face a bewildering series of smaller crises, flash points, standoffs, and hot spots. We’re not playing the chess game to end all chess games anymore. We’re playing tournament chess — one master against many rivals. One day we’re all assured that Iraq is under control, the UN inspectors have done their work, everything’s fine, not to worry. The next day the bombing begins. One day we’re told that a shadowy figure with no fixed address named Osama bin-Laden is public enemy number one, and U.S. jetfighters lay waste to his camp in Afghanistan. He escapes back under some rock, and a few news cycles later it’s on to a new enemy and new crisis ...

Dealing with many different countries at once may require many different strategies. But there isn't any excuse for the haphazard nature of our foreign policy. We don't have to reinvent the wheel for every new conflict. yes, the world is much different than it was even a decade ago. Yes, we do face multiple threats we didn't face before. But this isn't to say we are walking in the dark. Instead, we know who and what the treats are. The problem is that we're totally mishandling them.

Trump did not write that the military “better take [bin Laden] out” or that bin Laden was "going to come and do damage" to the United States.

Trump often presents his alleged prediction as if he were the only one who recognized the potential danger of Osama bin Laden, but military officials were aware of threat posed by the terrorist leader wellbefore Trump's 2000 book. In June 1999, for examples, U.S. officials told CNN tha "suspected terrorist Osama bin Laden may be in the final stages" of planning an attack against the United States.

ABC News also interviewed the terrorist leader in 1998, dispelling the notion that "nobody really knew" who bin Laden was prior to Trump's book:

Trump did write in his book that he was worried the United States was in "danger" of a large-scale terrorist attack. However, he did not "predict" that Osama bin Laden would be the mastermind behind such an attack. Furthermore, he assumed that such an incident would involve nuclear or biological weapons:

I really am convinced we’re in danger of the sort of terrorist attacks that will make the bombing of the Trade Center look like kids playing with firecrackers. No sensible analyst rejects this possibility, and plenty of them, like me, are not wondering if but when it will happen.

In our age of miniaturization, weapons have shrunk — and the threat against us is suddenly very large. When a nuclear device can fit in a suitcase, and a canister of anthrax can devastate New York, Boston, Los Angeles, or any other American city, the equation has changed radically.