Did President Trump Ride in a Penis-Shaped Motorcade? 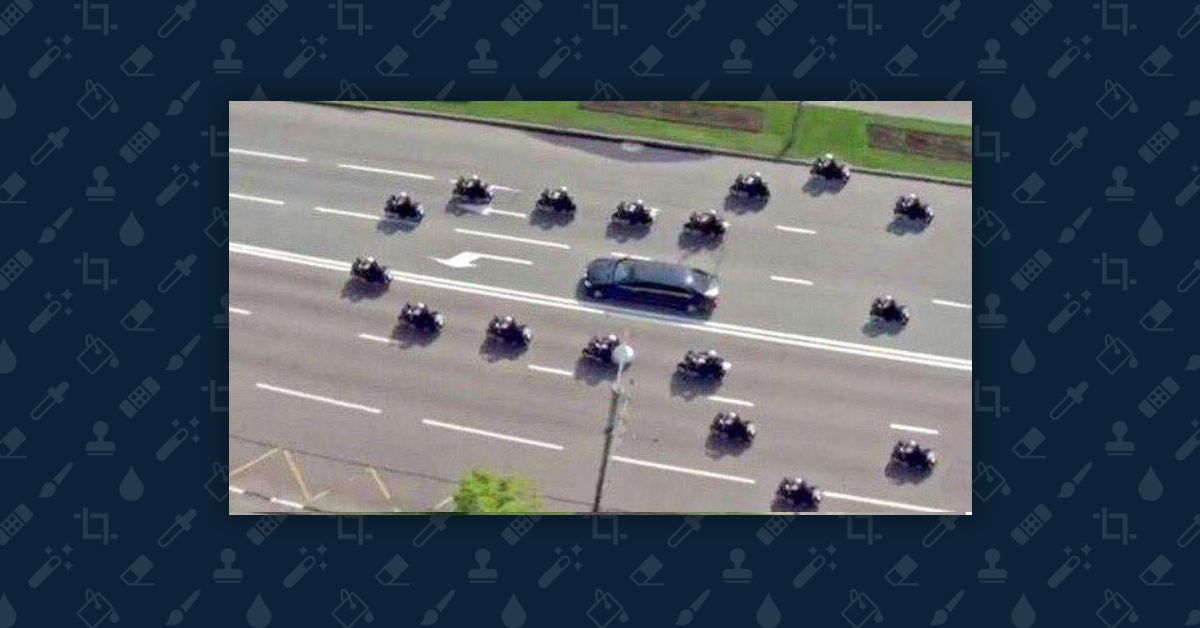 As an investigation into Russian meddling in the 2016 U.S. presidential election dominates headlines, the nation could perhaps use a moment of levity. Sadly, that moment will not be delivered by a phallus-shaped motorcade taking the President to the golf course (or to the G7 meeting in Canada).

The image purporting to show that motorcade, posted to social media in June 2017 (and again in June 2018), has been doctored. This doctored image has been circulating since at least 2014 when it was shared with similar jokes about Russian President Vladimir Putin. Although whoever created the graphic used a still shot from a video of Putin's May 2012 inauguration, that video never featured a group of motorcycles riding in phallic formation.

Here's a graphic comparing the doctored image (top) and the genuine still (bottom): You can spot the image of the motorcade at the 22:05 mark of the following video: