Is Trump Nominating Dr. Oz to the Presidential Council on Sport, Fitness and Nutrition?

In early May 2018, President Trump announced his intention to nominate the controversial doctor to the Presidential Council on Sport, Fitness and Nutrition. 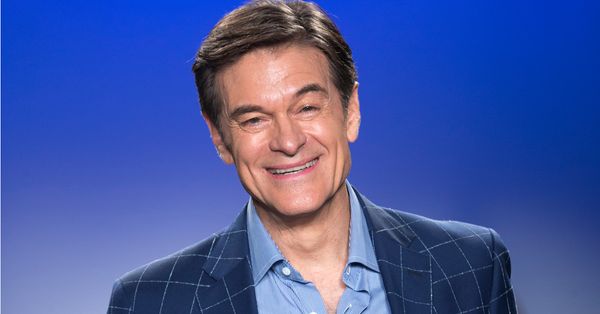 In a 4 May 2018 White House press release titled "President Donald J. Trump Announces Intent to Nominate and Appoint Personnel to Key Administration Posts," the President announced, among other things, that he is planning on nominating Dr. Mehmet Oz to a two-year term on the President's Council on Sport, Fitness, and Nutrition, or PCSFN:

President Donald J. Trump today announced his intent to appoint the following individuals to be Members of the President’s Council on Sport, Fitness, and Nutrition for a term of two years:

First established in 1956, the Council "engages, educates, and empowers all Americans to adopt a healthy lifestyle that includes regular physical activity and good nutrition” through the promotion of various programs and initiatives that “motivate people of all ages, backgrounds, and abilities to be active and eat healthy."

Mehmet Oz — known popularly as Dr. Oz — is, like so many other nominees offered by Trump, a television personality. Launched into stardom after appearing on the Oprah Winfrey Show as a health expert in the early 2000s, his medical background is as a cardiothoracic surgeon.

He is perhaps known to most, however, for his work promoting alternative cures and dubious pseudoscience through his eponymous Dr. Oz Show. He is best known to Trump, most likely, through his September 2016 appearance on that show where Oz declared that notes allegedly produced by Harold Bornstein (the personal doctor who now claims a clean bill of health issued in his name in 2016 was dictated by Trump himself) were “comprehensive”:

If a patient of mine had these records," Oz said, "I’d be very happy, and I’d send them on their way."

Oz has been criticized by the FTC for promoting dubious products or supplements on his show and was called by Senator Claire McCaskill to testify before the Senate Subcommittee on Consumer Protection in 2014 over his promotion of weight loss cures:

"I don't get why you say this stuff because you know it's not true," McCaskill said [to Oz] during Tuesday's hearing before the Senate subcommittee on consumer protection, which she chairs. "So why, when you have this amazing megaphone and this amazing ability to communicate, why would you cheapen your show by saying things like that?" [...]

"The scientific community is almost monolithic against you in terms of the efficacy of the three products you call miracles," McCaskill told Oz.

“You may think magic is make-believe, but this little bean has scientists saying they've found the magic weight-loss cure for every body type," he said on his show in 2012 of green coffee extract. The only research supporting that claim at the time was a study, since retracted, that had been funded by the product’s manufacturer.

A 2018 analysis of the Dr. Oz Show performed by Health News Reviews concluded that “about 78% of statements made on the Dr. Oz show did not align with evidence-based medical guidelines, society recommendations, or authority statements.” They also documented that much of the show’s content is directly related to the products being advertised during the show’s broadcast:

More than half of all recorded shows had content linked directly to advertisements: In the Dr. Oz show: 13 out of 19 (68.4%) shows had ads related to general show content, 11 /19 (57.9%) had specific products mentioned by the host using their commercial name, and 4/11 (36.3%) shows mentioning products by name named more than one product.

Dr. Oz has also used his show to give a platform to people widely seen as being part of a pseudoscientific fringe, including people like Dr. Joseph Mercola, the proprietor of a large alternative health web store who has been fined by the FTC for claiming that his tanning beds prevent cancer.

Many claims made by Dr. Oz and his guests have failed to hold up to any scrutiny, but one claim he made on 4 May 2018 does — he has indeed been tapped for nomination to the Presidential Council on Health, Nutrition, and Fitness.