Did Donald Trump Appoint the First Native American to Lead the Bureau of Indian Affairs? 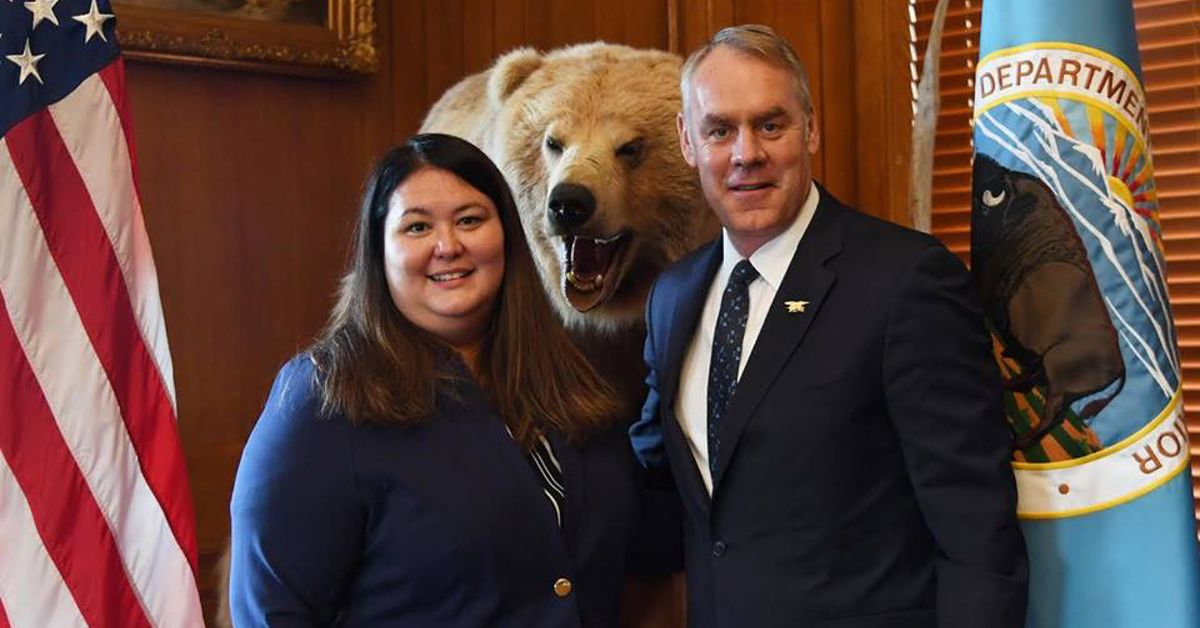 Image Via U.S. Department of the Interior -- Indian Affairs/Facebook

Claim:
President Donald Trump appointed a Native American to run the Bureau of Indian Affairs, for the first time in U.S. history.
Rating:

President Donald Trump nominated Tara Sweeney for the position of Assistant Secretary for Indian Affairs. After being confirmed, Sweeney became the first Alaska Native to take up that role.

In September 2018, a widely-shared Facebook post claimed that President Donald Trump had appointed a Native American to lead the Bureau of Indian Affairs, for the first time in United States history:

A graduate of Cornell University, Ms. Sweeney currently lives in Anchorage with her family. Ms. Sweeney is tribal member of the Native Village of Barrow and the Iñupiat Community of the Arctic Slope.

In June 2018, the U.S. Senate confirmed Sweeney's appointment to the role by voice vote (that is, unanimously), and in August she was sworn in as Assistant Secretary. In announcing Sweeney's swearing-in, the Bureau of Indian Affairs provided more detail about her upbringing and Native American heritage:

Among her honors, Sweeney -- a lifetime member of the National Congress of American Indians -- was crowned Miss NCAI in 1993 and traveled the country as an ambassador for the organization ... Born to Dr. Bryan Mac Lean and the Late Representative Eileen Panigeo Mac Lean, Sweeney is the granddaughter of the Late May Ahmaogak Panigeo and the Late Henry Panigeo of Barrow. She is the great granddaughter of the Late Bert and Nellie Panigeo and Isabel and Dr. Roy Ahmaogak. She was raised, attended schools and lived most of her life in rural Alaska in villages from Noorvik to Wainwright, Barrow, Bethel, and Unalakleet.

Tara Sweeney is a Native American, and the first Alaska Native (as well as only the second woman) to hold the position of Assistant Secretary for Indian Affairs.

However, she is not the first Native American to take up that role, despite what the Facebook post claimed. Since the foundation of the United States, the title given to the person in charge of the Bureau of Indian Affairs has changed, but several of those individuals, operating under various titles, have been Native Americans.

The first Native American "Commissioner of Indian Affairs" was Ely S. Parker, a member of the Seneca nation who served in that role from 1869 to 1871. Since the creation of the position of "Assistant Secretary for Indian Affairs" in 1977, all 12 persons who have held that position have been Native Americans. The agency's web site provides this brief helpful history of the role:

From 1981 to 2003, the title "Deputy Commissioner" was used to denote the head of the BIA. In 2003, after a major reorganization of the BIA, the title was administratively changed to "Director," which is still in use today. The first BIA Director was Terrance Virden, followed by Brian Pogue and Patrick Ragsdale (2005-2007).  Then Jerold L. "Jerry" Gidner, Sault Ste. Marie Chippewa served from (2007-2010). Michael Black, Oglala Lakota Sioux, served as Director from 2010 to November, 2016. Bruce Loudermilk, a citizen of the Fort Peck Assiniboine and Sioux Tribes of the Fort Peck Indian Reservation in Montana, served as Director from November 2016 to September 2017. Director Bryan Rice, a citizen of the Cherokee Nation of Oklahoma was appointed in October of 2017. Darryl Lacounte is serving as acting BIA Director.

President Donald Trump's nomination of Tara Sweeney was historic, and her confirmation was bipartisan and unanimous. However, a September 2018 Facebook post that described her appointment as the "first time in American history" that a Native American would be in charge of the Bureau of Indian Affairs. was far from accurate.

The White House.   "President Donald J. Trump Announces Intent to Nominate Tara Sweeney to the Department of the Interior."     16 October 2017.