Did Trump Say 'There's Many Per Capitas'?

"Per capita" means the average per person and is often used in place of "per person" in statistical observances. 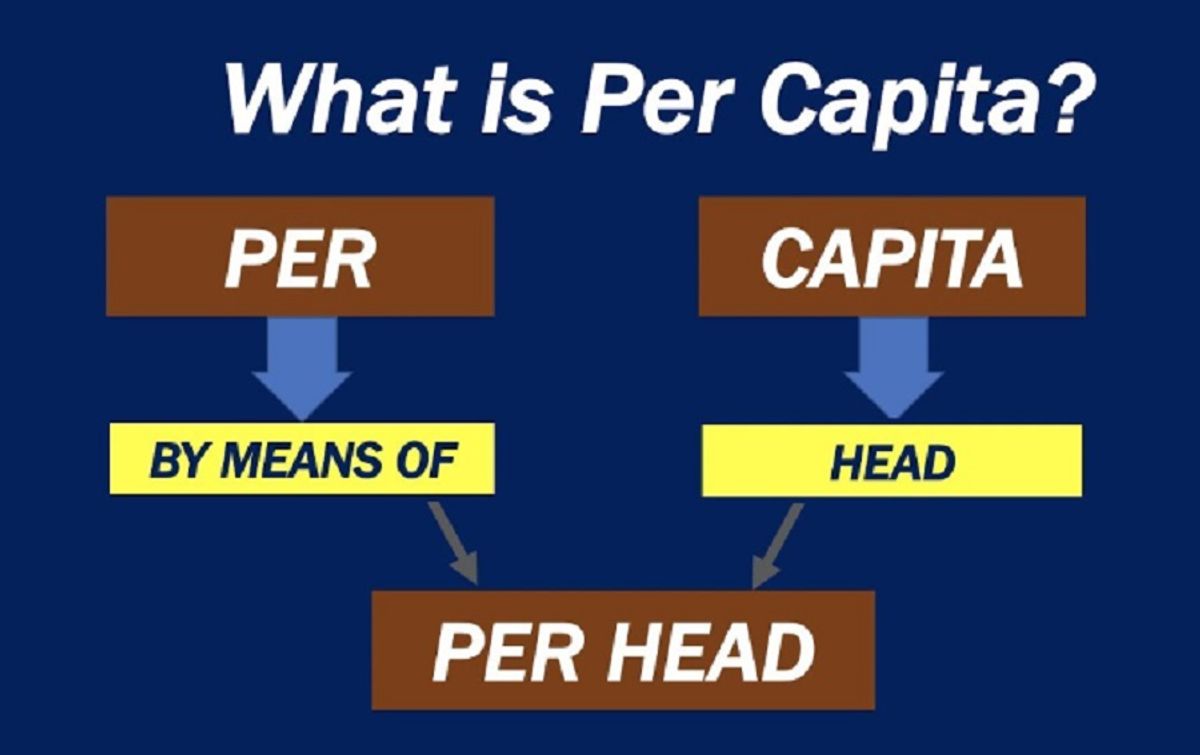 Claim:
In responding to a question about per capita coronavirus testing, President Trump asserted "there's many per capitas" and questioned "per capita relative to what?"
Rating:

During the COVID-19 coronavirus disease pandemic of Spring 2020, one the familiar features of the daily news cycle was the White House coronavirus task force briefings, at which President Trump frequently spoke and answered questions from the press. Trump regularly boasted at these briefings about how the United States led the world in COVID-19 testing until he finally stomped out of one after being challenged by a reporter to explain why it was important to cast virus testing as if it were a global competition. CNBC reported that:

President Donald Trump stormed out of a coronavirus press conference at the White House on Monday after becoming angry with two reporters, one who asked a question about testing, and another who didn’t get to ask a question at all.

The event in the Rose Garden was meant to give the president a chance to boast about the recent increases in testing, and Trump spoke and answered questions for nearly an hour.

At around 5:15 p.m., CBS News White House correspondent Weijia Jiang asked Trump, “You have said many times that the U.S. is doing far better than any other country when it comes to testing,” to which Trump said, “Yes.”

Jiang, who is Chinese American, continued, “Why does that matter? Why is it global competition to you, if every day Americans are still losing their lives, and we are still seeing more cases every day?”

“They’re losing their lives everywhere in the world,” Trump replied, “And maybe that’s a question you should ask China. Don’t ask me. Ask China that question, okay? If you ask them that question, you may get a very unusual answer.”

As Trump proceeded to call on another reporter, Jiang followed up. “Sir, why are you saying that to me, specifically?”

“I’m not saying it specifically to anybody,” Trump responded, growing visibly irate. “I’m saying that to anyone who would ask a nasty question like that.”

Trump's boasts about America's being the world leader in testing led to many debates over the tests' accuracy, particularly in how "most" was being reckoned -- was it more accurate to count the gross number of tests being performed (which would generally be higher for countries with larger populations), or to measure the proportion of a country's population that had been tested to date, otherwise known as per capita testing (which is a better gauge of efficiency). CNN reported that:

"AMERICA LEADS THE WORLD IN TESTING"

"We've prevailed on testing," Trump said, standing between the signs.

While the US may have performed the most number of coronavirus tests, it's nowhere near the world's leader in testing per capita, multiple studies show.

And health experts say the US isn't close to the rate of testing needed to safely reopen the economy.

Some critics asserted that, based on responses offered by Trump when questioned about testing rates, that the president didn't even understand what "per capita" meant: The remarks offered in the above meme are accurately reproduced. During a May 20, 2020, meeting with Governor Asa Hutchinson of Arkansas and Governor Laura Kelly of Kansas, Trump reiterated his common pronouncement that increased testing made the U.S. look bad in comparison by revealing a greater number of COVID-19 cases in the U.S. than in other countries:

We’re finding a lot of people. By doing testing, you’re finding people. So we’re doing 14, Germany is doing 3, South Korea doing 3, and I think they’re number two and three. So we’re way ahead of everybody. But when you do that, you have more cases. So a lot of times, the fake news media will say, “You know, there are a lot of cases in the United States.” Well, if we didn’t do testing at a level that nobody has ever dreamt possible, you wouldn’t have very many cases.

When asked about how U.S. testing compared to that of other countries on a per capita basis, Trump strangely asserted that "there's many per capitas" and questioned "per capita relative to what?":

Q: How does [testing] compare to a per capita basis? Obviously, the United States is much larger than a lot of these European countries. How does our testing compare per capita to those nations?

TRUMP: And, you know, when you say “per capita,” there’s many per capitas. It’s, like, per capita relative to what? But you can look at just about any category, and we’re really at the top, meaning positive on a per capita basis, too. They’ve done a great job.

Trump appeared to be making the point that whichever metric one used, number of tests or per capita testing rate, the U.S. ranked as the highest in the world (although the latter claim was false). But his proclaiming that "there's many per capitas" and questioning what "per capita relative to what" was cryptic beyond explanation.

The term per capita literally means "by heads," or "per person." Many different concepts can be measured on a per capita basis (anything from car ownership to hamburger consumption), but such measurements are always relative to one thing (i.e., number of people), as many commenters pointed out:

Woodward, Aylin and Shayanne Gal.   "Trump Says the US leads the World in Coronavirus Testing, But This Chart Shows How the Country Still Lags Behind in Tests per Capita."     Business Insider.   12 May 2020.