The president's son-in-law reportedly owes a $1 billion-plus mortgage on a building he purchased on Fifth Avenue in 2007. 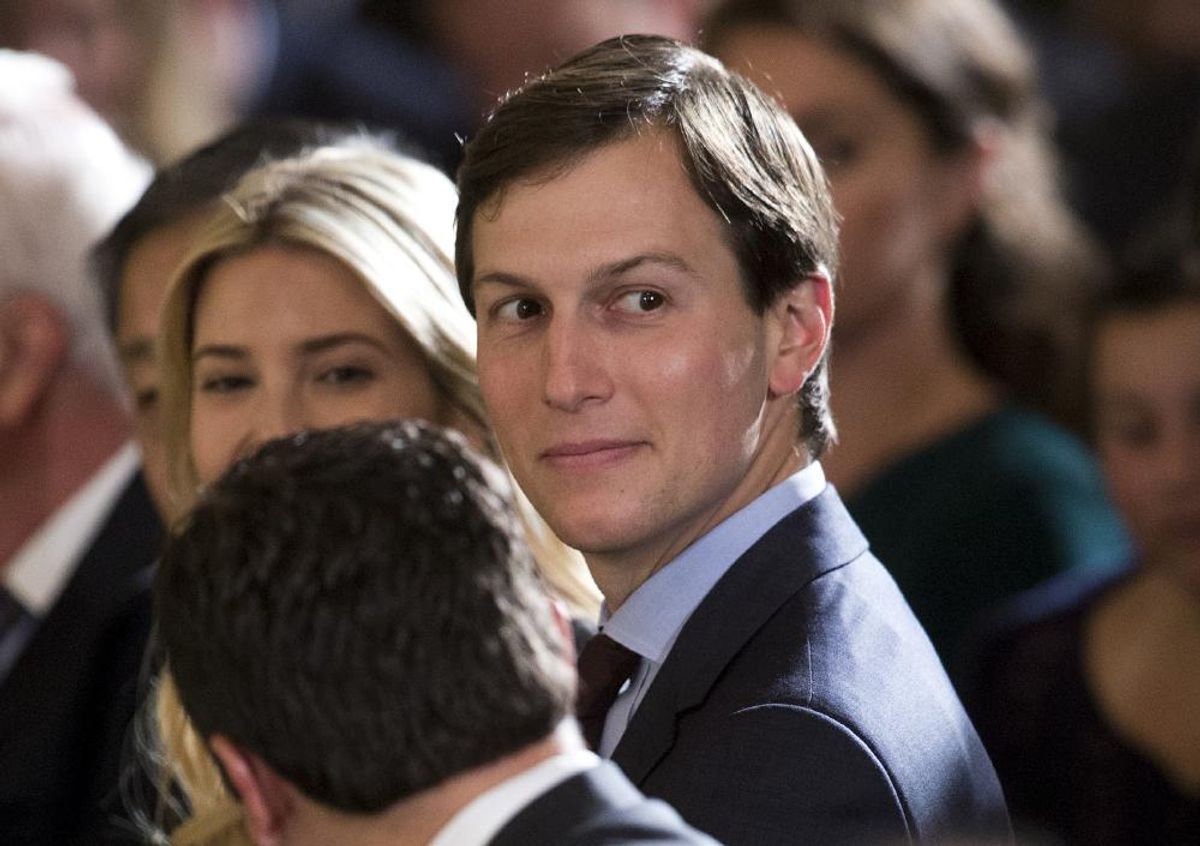 In October 2018, social media users shared a meme posted by the liberal Facebook page Occupy Democrats reporting a series of events involving Gulf states were the result of President Donald Trump and his son-in-law and adviser Jared Kushner "using American foreign policy to enrich themselves": Although the sequence of events referenced in the meme is described accurately according to reputable news reports, the motives, connections, and causality the meme ascribes to those events have not been proved.

It is true that Jared Kushner, who is married to President Trump's eldest daughter Ivanka, was in need of over a billion dollars to cover the mortgage on 666 Fifth Avenue, a 41-story Manhattan building he purchased for $1.8 billion in 2007, as the New Yorker reported on 2 March 2018:

Kushner Companies co-owns 666 Fifth Avenue with another developer, Vornado Realty. In 2007, at Jared Kushner’s urging, the company paid $1.8 billion for the building -- at the time, the highest price ever paid for a New York office tower. The property occupies a prime spot between Fifty-second and Fifty-third streets, but it was built in 1957 and needed extensive upgrades. It still has many vacancies, and the $1.2 billion mortgage, which reportedly has ballooned to almost $1.5 billion, is due in February, 2019. Right now, it is not entirely clear whether Kushner Companies is in a position to repay or refinance the loan. “The company hoped to knock the building down and put up another, twice as tall and far more luxurious, in its place,” Bloomberg reported. “It sought funds from investors in Saudi Arabia, Qatar, China, South Korea, Israel and France. No investors were announced for the plan, described by many as prohibitively expensive.”

That same day, The Intercept reported that in April 2017, Kushner's father Charles, who runs the family's real estate firm Kushner Companies, had made a direct appeal for financing to Qatari Finance Minister Ali Sharif Al Emadi, which was followed shortly afterwards by the Saudi-led blockade of Qatar:

The 30-minute meeting, according to two sources in the financial industry who asked not to be named because of the sensitivity of the potential transaction, included aides to both parties, and was held at a suite at the St. Regis Hotel in New York.

A follow-up meeting was held the next day in a glass-walled conference room at the Kushner property itself, though Al Emadi did not attend the second gathering in person.

The failure to broker the deal would be followed only a month later by a Middle Eastern diplomatic row in which Jared Kushner provided critical support to Qatar’s neighbors. Led by Saudi Arabia and the United Arab Emirates, a group of Middle Eastern countries, with Kushner’s backing, led a diplomatic assault that culminated in a blockade of Qatar. Kushner, according to reports at the time, subsequently undermined efforts by Secretary of State Rex Tillerson to bring an end to the standoff.

In May 2017, Qatar's Gulf neighbors commenced a blockade of that country, and within days President Trump tweeted his support of the blockage despite the fact that Qatar is home to Al Udeid Air Base, a key U.S. military installation:

During my recent trip to the Middle East I stated that there can no longer be funding of Radical Ideology. Leaders pointed to Qatar - look!

In May 2018, the New York Times reported that the Kushner family was close to reaching a bailout deal for 666 Fifth Avenue with a company possessing Qatari government ties:

Charles Kushner, head of the Kushner Companies, is in advanced talks with Brookfield Asset Management over a partnership to take control of the 41-story aluminum-clad tower in Midtown Manhattan, 666 Fifth Avenue, according to two real estate executives who have been briefed on the pending deal but were not authorized to discuss it. Brookfield is a publicly traded company, and its real estate arm, Brookfield Property Partners, is partly owned by the Qatari government, through the Qatar Investment Authority.

And, the Trump administration around that time reversed course with Secretary of State Mike Pompeo telling the Saudis in April 2018 that it was time to end the blockade against Qatar.

It's likely the meme gained momentum on social media in October 2018 due to scrutiny over Kushner and Trump's relationship with Saudi Crown Prince Mohammed bin Salman in light of the gruesome murder of Jamal Kashoggi.

Kashoggi, a Saudi national and columnist for the Washington Post, went missing on 2 October 2018 after entering the Saudi consulate in Istanbul seeking documents he needed to get married. According to reports citing Turkish government and U.S. intelligence sources, the Virginia resident never left the consulate, where he was ambushed by Saudi agents, tortured and murdered, and his body dismembered.

Trump has resisted calls by U.S. lawmakers to impose sanctions on Saudi Arabia in retaliation for the journalist's apparent death, comparing global condemnation of the Gulf kingdom to accusations of sexual misconduct leveled against U.S. Supreme Court Justice Brett Kavanaugh. Trump told the Associated Press: "Here we go again with, you know, you're guilty until proven innocent. I don't like that. We just went through that with Justice Kavanaugh and he was innocent all the way as far as I'm concerned."