Did Donald Trump Jr. Tweet That Being Impeached Was 'Deplorable'? 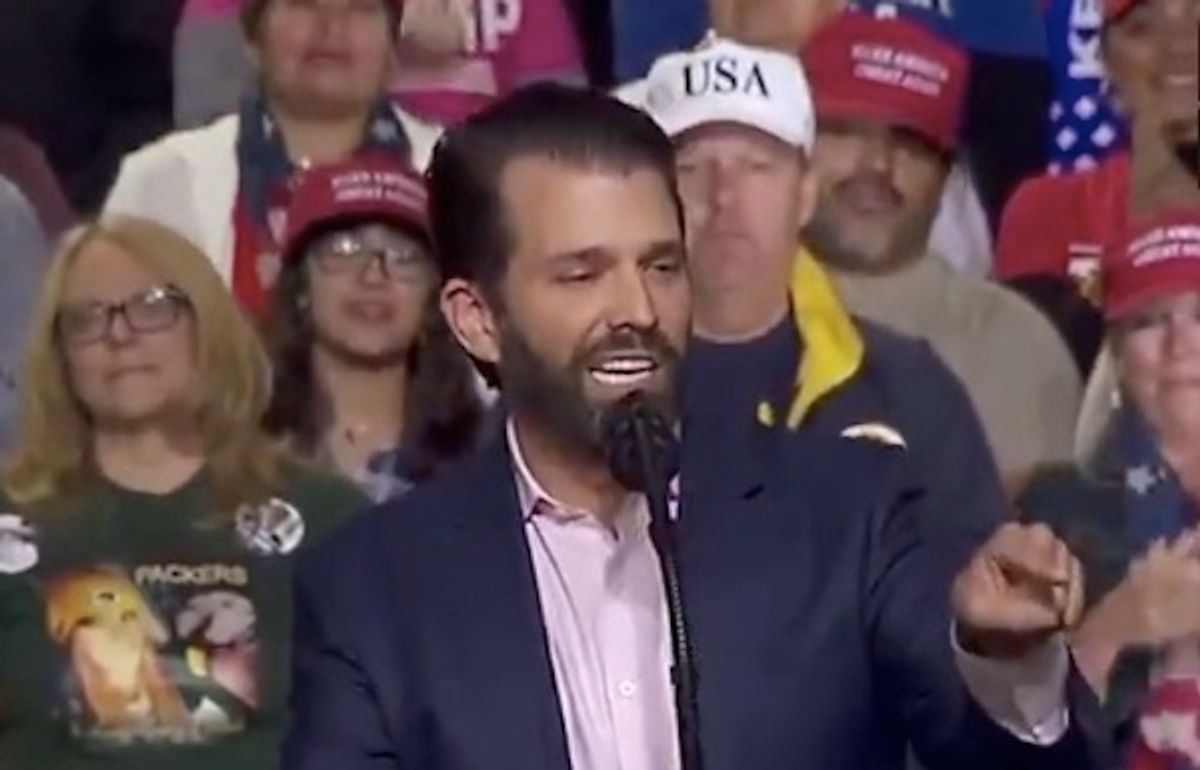 Claim:
Donald Trump Jr. taunted the Clintons in 2016 by tweeting that being impeached was "deplorable."
Rating:

On Jan. 13, 2021, President Donald Trump became the first president in U.S. history to be impeached twice, once in December 2019 on articles of abuse of power and obstruction of Congress, and then again a year later for an incitement of insurrection article stemming from the riot and violent attack against the Capitol.

Shortly after the U.S. House passed the January 2021 article of impeachment, social media users began circulating a purported tweet directed at Bill and Hillary Clinton by Trump's son, Donald Trump Jr., in which he proclaimed, "You know what's deplorable? Being Impeached!!!":

This supposed statement of Trump Jr.'s was a reference to Hillary Clinton's declaring during the 2016 presidential campaign that "you could put half of Trump’s supporters into what I call the basket of deplorables," and to President Bill Clinton's own impeachment in December 1998.

This tweet was in fact genuine, a taunt the younger Trump posted on Sep. 10, 2016, just after Hillary Clinton made her infamous "basket of deplorables" remark. The tweet is still visible on his Twitter timeline: