A parody account — not the president himself — tweeted a suggestive remark about Tiffany Trump. 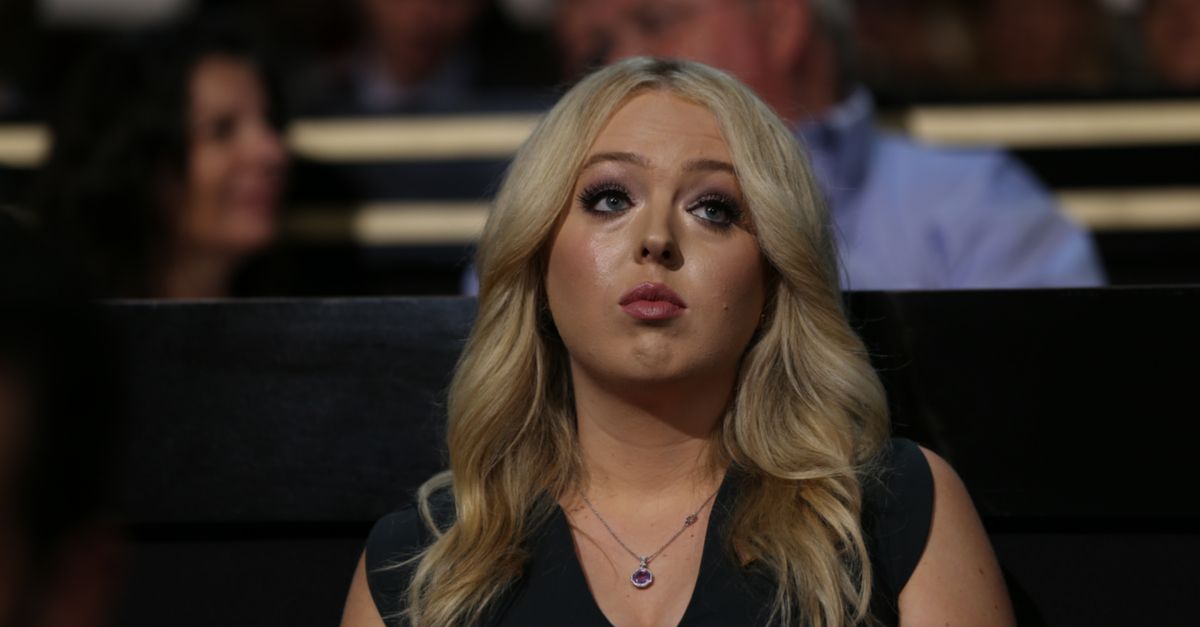 This is not genuine. Donald Trump posts on Twitter from two different accounts: the official account of the President, which can be found at @POTUS, and his personal account, which can be found at @RealDonaldTrump. The tweet about Tiffany Trump and her dress was not posted by either of these accounts. Rather, it was posted by @RealDonaldTrFan, a parody account that has no official ties to the White House: @RealDonaldTrFan explained a little more about the purpose of the parody account on their Patreon page:

I'm just a regular guy who loves to see people smile by writing Donald Trump parody. I do this by myself (no team of writers), and during my free time; and trust me, it can be time consuming and mentally draining (imagine if you forced yourself to intentionally read about where Donald Trump is, watch videos of him, and read what he says every day). If you've gotten some value (or at least a few laughs) from @RealDonaldTrFan, I hope you'll consider buying me a beer or a cup of Covfefe through Patreon to help me keep going.

Although Trump has been accused of making inappropriate comments about his daughters in the past, he did not make this one.