Is This Trump in High-Waisted Pants?

This isn't the first time an altered image of Trump has been circulated on social media. 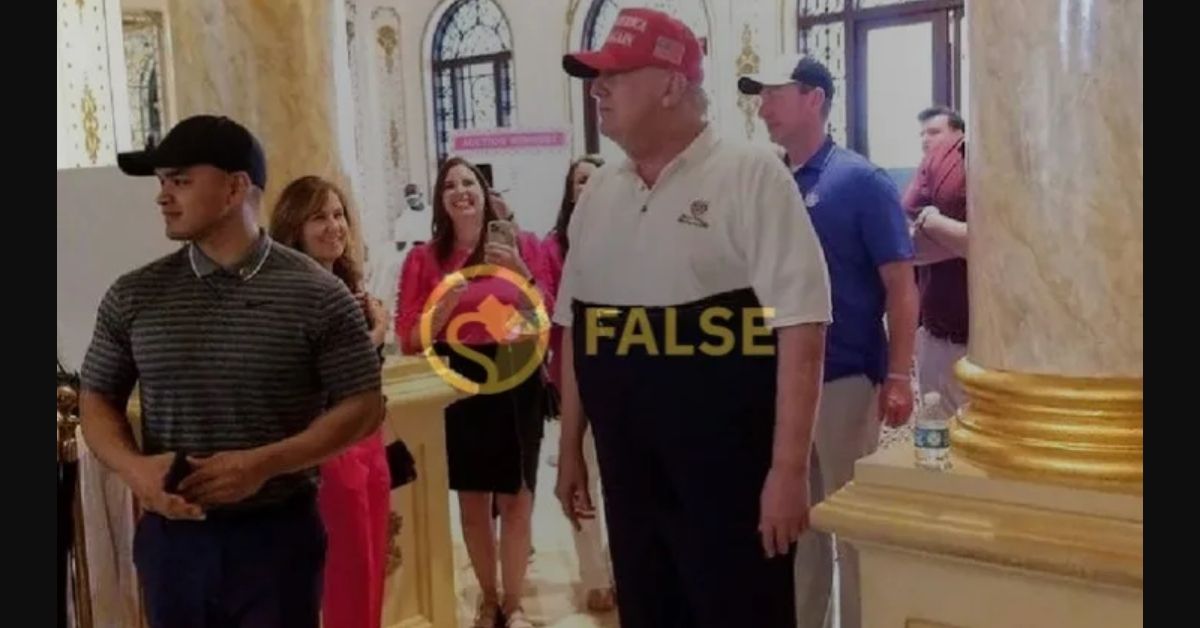 An image supposedly showing former President Donald Trump in unusually high-waisted pants has been circulating on social media since at least March 2021: This is not a genuine image of Trump. In the original photograph, Trump's pants don't ride nearly to his armpits.

This image was created by altering a photograph of Trump that was taken during a visit to Mar-a-Lago, his Palm Beach, Florida, club in March 2021. The original photograph was reportedly taken by real estate agent Valentina Deva. The Daily Mail reported:

Donald Trump has used a surprise appearance at a Mar-a-Largo dog rescue fundraiser to proclaim that his daughter-in-law Lara Trump will run for senate.

The former president delighted attendees at the event - held Friday night for Big Dog Ranch Rescue - as he took to the stage for an impromptu speech, which was shared to Twitter by journalist T.A. Walker.

'I didn't exactly prepare for this, but I was walking by, and I heard everyone screaming,' Trump was seen telling the crowd as they broke into rapturous applause. This fake photograph was likely inspired by a monologue from late night host Jimmy Kimmel. After the original photograph went viral, Kimmel quipped "[Trump] doesn’t look strong and he definitely doesn’t look fantastic. He looks like an old man with his belt pulled up to his nips.”

It seems that someone made a visually altered image of Kimmel's joke.