Did Trump Say Governors Had To Treat Him Well To Get COVID-19 Supplies?

A statement by the president was misleadingly represented in a quote meme. 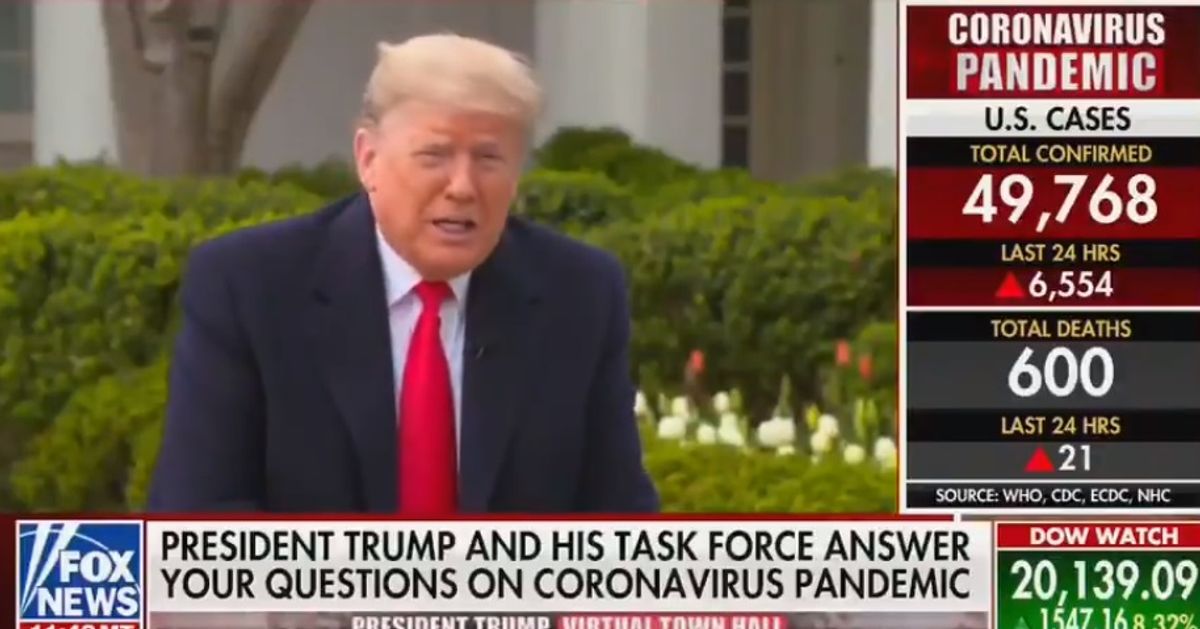 Trump asserted that state governors "have to treat us well" while discussing the coordination of federal and state efforts in dealing with the COVID-19 pandemic.

Trump did not say governors must "treat me well" or rhetorically ask them if they "want ventilators and masks from the federal government's reserves to treat your citizens."

As state governments attempted — sometimes contentiously — to coordinate with the U.S. federal government in obtaining supplies and equipment needed to deal with the COVID-19 coronavirus pandemic in March 2020, President Donald Trump suggested, according to news reports, that "governors should show some appreciation first":

President Trump said he's working well with governors across the country as both the federal government and the states battle the coronavirus pandemic.

Trump singled out his working relationship with California Gov. Gavin Newsom (D), with whom he's clashed in the past over issues like homelessness. And everyone else, it seems, remains in communication with each other and the White House as the country develops some semblance of a coordinated plan. But, there's a catch.

The president said governors can't simply tell him they want assistance and expect the administration to comply in the blink of an eye. Instead, he suggested governors should show some appreciation first.

More specifically, a quote meme that was widely circulated on social media held that Trump had overtly declared that if state governors wanted to obtain masks and ventilators from government reserves, those governors "have to treat me well": Although the meme was based on something Trump said, the wording and context it offers differs somewhat from what actually took place.

During a Fox News Virtual Town Hall event with Trump, Vice President Mike Pence, and members of the Coronavirus Task Force on March 24, Trump was asked whether his working with state governors was proving helpful in stemming the spread of the coronavirus. In his response, Trump both complimented and criticized the way in which governors had been working with him:

DR. SIEGEL: So I was really encouraged to see you reaching out to governors — Governor Cuomo, Governor Newsom — making liaisons that weren’t there before. Do you think that that kind of movement, where you’re the leader and other people work with you, will help us to isolate the virus in the epicenters where they are — to separate out those epicenters, to test the people in those centers, and to thereby squash the virus?

THE PRESIDENT: I do. I think, Doctor, it’s a very good thing. And Governor Newsom and I have been getting along really great. We’re sending the ship — the great hospital ship, as you know.

And we are doing very well with, I think, almost all of the governors. For the most part, it really has become something. It’s — it’s — we’re dealing almost every day. We’re speaking to each other, whether it’s conference calls. Usually we’ll have 50 governors on the call at the same time.

No, I think we’re doing very well. But, you know, it’s a two-way street. They have to treat us well also. They can’t say, “Oh gee, we should get this, we should get that.” We’re doing a great job, like in New York, where we’re building, as I said, four hospitals, four medic -- we’re literally building hospitals and medical centers. And then I hear that, you know, there’s a problem with ventilators. Well, we sent them ventilators. And they could have had 15- or 16,000; all they had to do is order them two years ago. But they decided not to do it. They can’t blame us for that.

Although Trump mentioned ventilators in his response, he said nothing about masks, nor did he address state governors and rhetorically ask them, "You want ventilators and masks from the federal government's reserves to treat your citizens?" That sentence was someone else's attempt to provide implied context for the sentence that followed it in the meme, but it was misleadingly placed inside quotation marks as if it were something Trump had literally said.

Also, in his response, Trump did not say that governors (or anyone else) "have to treat me well." As documented in the above transcript and the following video clip, Trump asserted that "they have to treat us well":

Viewers could reasonably infer that the pronoun "they" referred to governors, but the referent for the "us" who needed to be treated well in Trump's mind was somewhat ambiguous. Was he referring to the federal government? To his administration? To the coronavirus task force? Or to himself personally (via the royal we)?

In what manner Trump meant governors had to "treat us well" was also ambiguous. By not criticizing him or his administration? By publicly expressing praise or appreciation? By making concessions on issues unrelated to the current pandemic?

Trump did indeed suggest governors needed to engage in some form of behavioral quid pro quo in obtaining assistance from the federal government to respond to the coronavirus pandemic, but not as literally or specifically as the wording in the meme displayed above asserts.

During a press briefing three days following the town hall event referenced in the text meme, Trump more specifically suggested that his choice would be not to respond to governors who did not express sufficient appreciation, although he allowed that Vice President Pence (who chairs the coronavirus task force) was in fact choosing to engage the supposedly unappreciative governors:

Q: So it’s the words [the governors are] saying that you’re concerned about? It’s not that they’re —

He calls all the governors. I tell him — I mean, I’m a different type of person — I say, “Mike, don’t call the governor of Washington. You’re wasting your time with him. Don’t call the woman in Michigan.” All — it doesn’t make any difference what happens —

Q You don’t want him to call the governor of Washington?

THE PRESIDENT: No, no. You know what I say? If they don’t treat you right, I don’t call. He’s a different type of person. He’ll call quietly anyway. Okay? But he’s done a great job. He should be appreciated for the job he’s done.