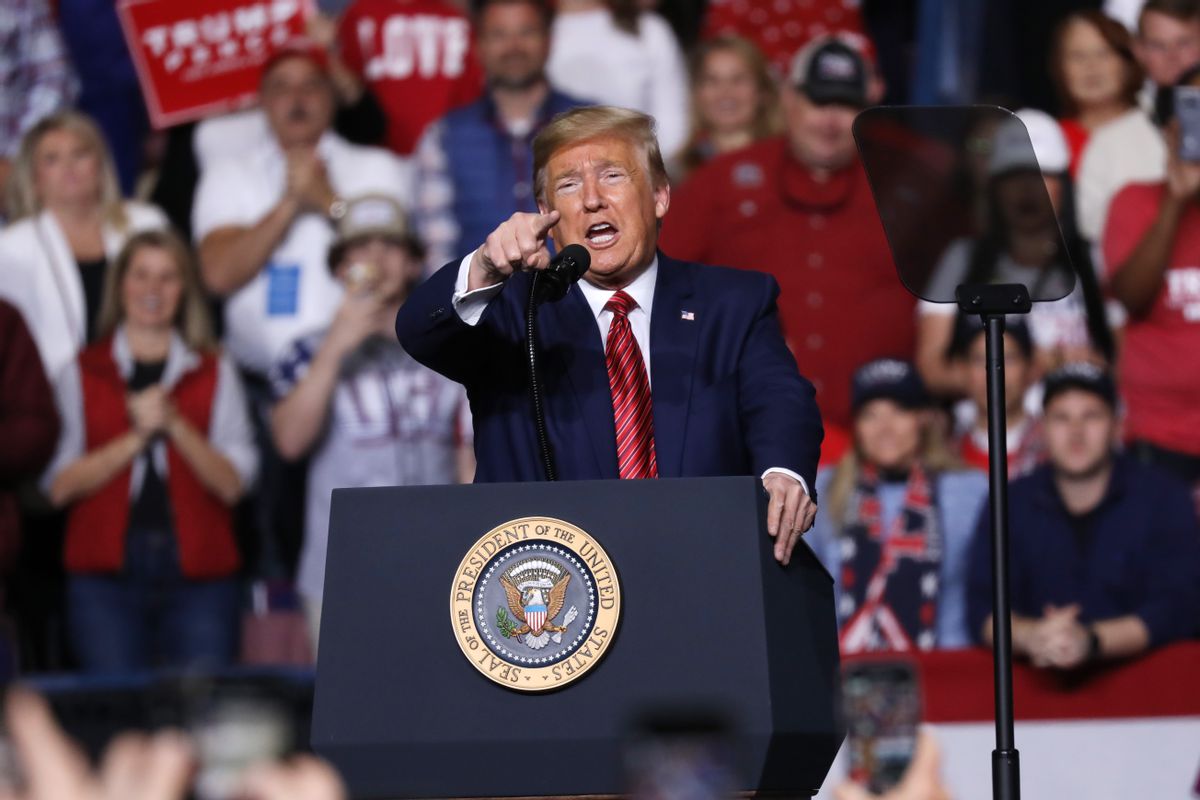 Claim:
U.S. President Donald Trump golfed several times and held a number of rallies after learning about the threat of the coronavirus.
Rating:

U.S. President Donald Trump and the federal government have been widely criticized for what detractors described as their slow response to the COVID-19 coronavirus disease pandemic. As of this writing, the U.S. is still facing shortages of critical medical supplies such as masks and personal protective equipment (PPE). On March 31, 2020, Senate Majority Leader Mitch McConnell argued that the government might have been too distracted by impeachment proceedings to focus on the impending pandemic.

McConnell told conservative radio host Hugh Hewitt that the outbreak "came up while we were tied down on the impeachment trial. And I think it diverted the attention of the government, because everything every day was all about impeachment."

Shortly after McConnell made these remarks, a number of op-eds were published refuting this claim. Trump even responded, saying, "I don’t think I would have done any better had I not been impeached."

On social media, people started sharing a list that supposedly showed all the times Trump had golfed or held rallies after being warned about an impending pandemic, arguing that if Trump had time for leisure activities and political rallies during his impeachment, then he had time to deal with disaster response: Trump was officially impeached on Dec. 19, 2019. It's not clear exactly when Trump was first alerted about the possibility of a pandemic. The Washington Post reported that U.S. Intelligence officials were warning the president about the potential scale of the coronavirus outbreak as early as January. While we don't know a specific date, the Centers for Disease Control and Prevention (CDC) issued its first alert for U.S. clinicians to be "on the look-out for patients with respiratory symptoms and a history of travel to Wuhan, China" on Jan. 8, 2020.

About a month after that on Feb. 5, Trump's impeachment trial ended when the Senate voted not to convict.

Before, during, and after the impeachment trial — and after the CDC issued its first warnings — Trump held political rallies and attended several golf outings.

At his rally in South Carolina on Feb. 28, Trump spoke to the audience about the new coronavirus, accusing Democrats of "politicizing" the virus and claiming the U.S. was "totally prepared."

Speaking at the North Charleston Coliseum for more than an hour, Trump dismissed the complaints from Democrats about his handling of the virus as “their new hoax” and insisted “we are totally prepared.” He also mocked the party for its chaotic efforts to count the votes earlier this month in Iowa's caucuses.

“Now the Democrats are politicizing the coronavirus,” Trump said, adding: “They can’t even count their votes.”

Speaking at length about the virus, Trump said it “starts in China, bleeds its way into various countries around the world, doesn’t spread widely at all in the United States because of the early actions” of his administration. But still, Trump argued, the Democrats are claiming that “it’s Donald Trump’s fault.”

To sum up: The above-displayed tweet accurately lists the dates when Trump either golfed or held a political rally in the days after the CDC issued its first alert about the coronavirus. While some of these events took place as the impeachment process was underway (between Dec. 19, 2019 and Feb. 5, 2020), many of these rallies and golf outings took place after the trial was over.

What this says about Trump's state of mind during the early days of the pandemic, however, is unclear. Here's how Trump responded when he was asked if his impeachment had distracted him from responding to the COVID-19 pandemic.